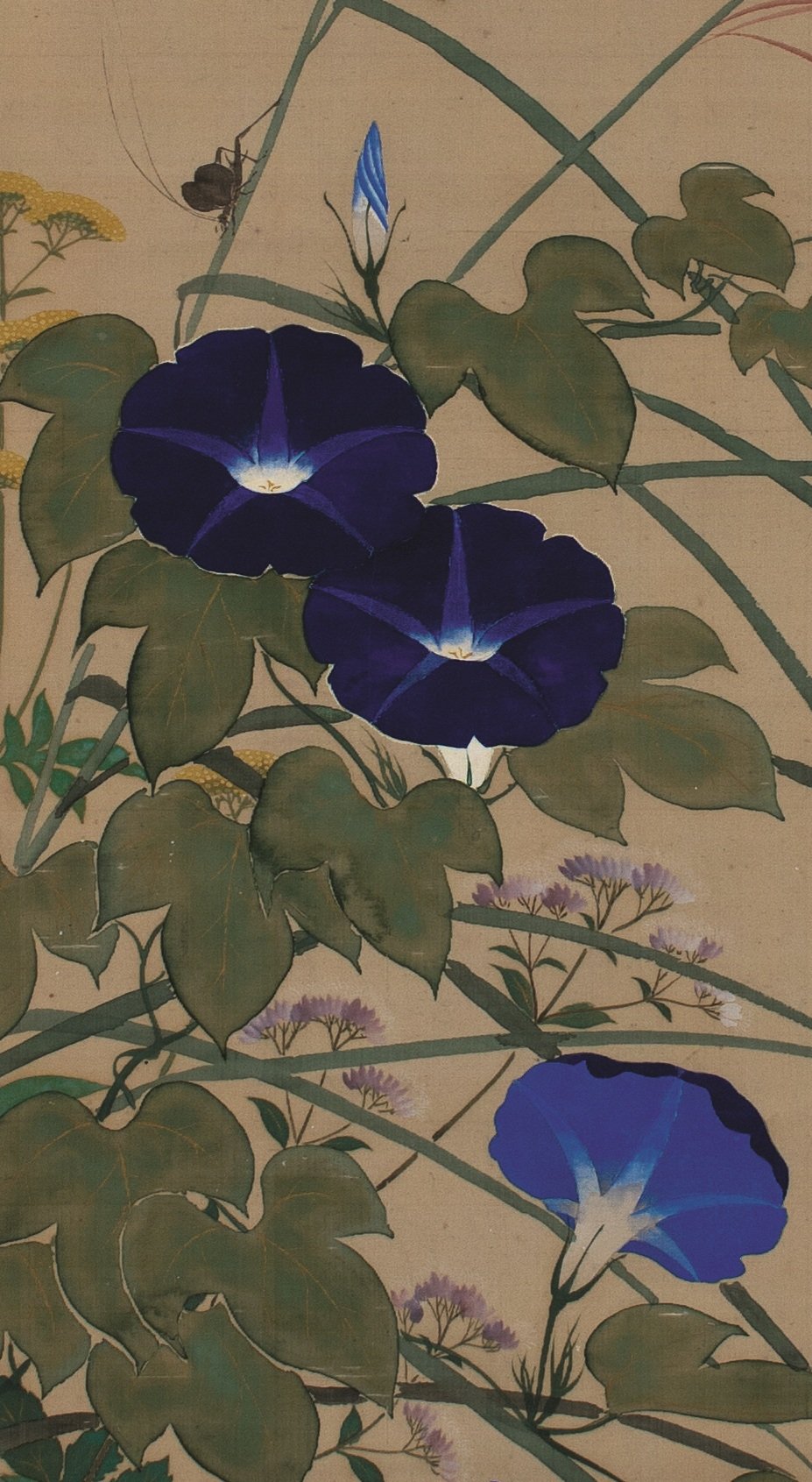 Kaikodo’s Spring exhibition, entitled “Welcoming the Spring,” is also a welcoming invitation to a wide and diverse audience with offerings that are geographically and temporally quite broad and media that are exceptionally comprehensive. The early Chinese paintings begin with an enchanting silk fan, “Scholar Strolling in Spring Garden,” and a mesmerizing hanging scroll of “Blossoming Plums,” both paintings created during the Song dynasty in the 12th century. Representatives from the subsequent dynastic eras are followed by those of the modern age during which artists and styles were equally mobile, with Fang Ming painting his “Naruoto Whirlpools” in Japan, Puru, from Beijing, living in Taiwan when his “Snow Landscape” was created, C.C. Wang from Shanghai, painting his “Still-life” in New York, and Luo Jianwu born in Taiwan, creating his “”Old Cypress at the Confucian Temple” in Beijing. Included among the Japanese paintings are well-documented works by Beisanjin, Baiitsu, Chokunyu, and Sekka.

A Chinese gold and silver inlaid bronze belthook from the late Zhou shines as a star not only because of its own exquisite craftsmanship but also through its art historical importance, as was pointed out by the great Swedish scholar Bernard Karlgren. Funerary sculpture is represented in the form of a Japanese haniwa female figure designed to honor the deceased from a position outside the tomb and a Chinese mounted warrior fashioned and placed to guard the deceased from within the tomb. A range of celadons from the earliest Yue wares to imperial guan of the Song dynasty provide a glimpse into the variety and complexity of that genre. A literary component in ceramic art is exemplified by a Cizhou green-glazed stoneware “poetry” pillow and a rare kosometsuke inkstone. Although China provided the technique for mother-of-pearl inlaid lacquer and even decorative themes to Ryūkyūan craftsmen, the 18th century box here is typically Ryūkyūan with its unique stylistic twists and turns. The selection of works of art begins chronologically with a handsome Jōmon jar from Neolithic Japan and ends with a 19th century Ainu robe bringing the section full circle, as the Ainu are believed to be descendants of the ancient Jōmon people.

Enter the exhibition here for images and complete entries for these pieces and others and if possible, please visit the gallery where “Welcoming the Spring” will be on view through mid April.