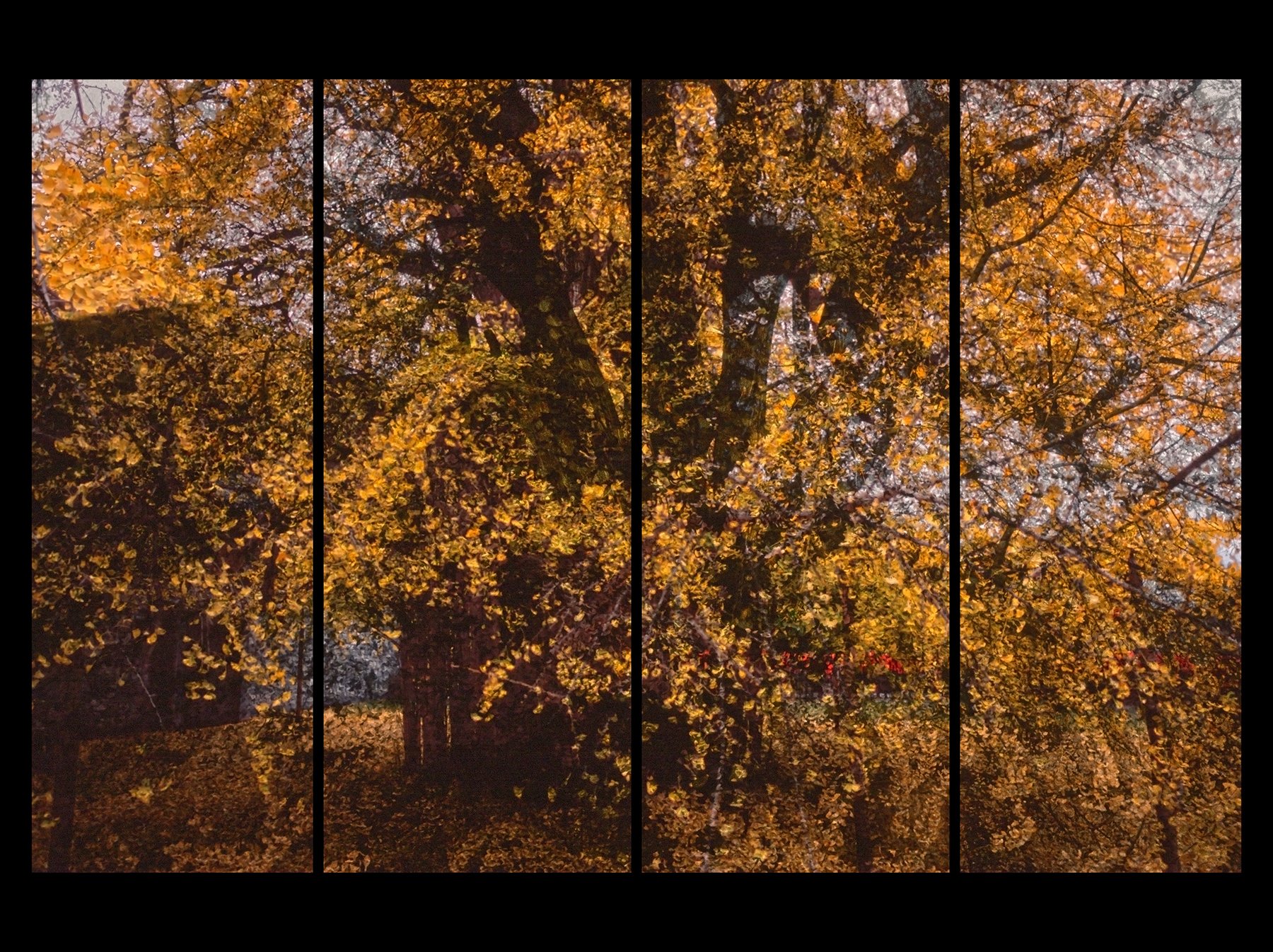 When the Taizong emperor, second emperor of the Tang dynasty, planted a ginkgo tree on the grounds of a temple south of Xi’an, he could not have imagined the joy he was bequeathing to so many future generations. The ginkgo, planted some 1400 years ago, is a gift that keeps giving. Numerous visitors trek to the site each autumn to bask in the splendor of the tree bedecked in golden yellow and marvel at the expansive blanket of leaves on the ground below. Photographer Michael Cherney is one of the countless visitors who have captured the unearthly beauty of this tree in its fall foliage, but Michael has taken his image a step further, turning his portrait into a seductive work of art, the four-panel folding screen at the center of Kaikodo’s autumn exhibition, The Bountiful Tang.

As the ginkgo was taking root and beginning its growth to the present, painters, potters, metal and stoneworkers, and poets were among those crafting a world of wonders that would not only enrich the lives of Tang folk but contribute to the stunning legacy of the dynasty. The celadon green, white, and black-glazed stonewares comprised the triumvirate at the heart of ceramic creativity of the time and the soul of the future. Earthenwares, some coated with colorful lead glazes, others with painted designs on their matte surfaces, provided furnishings and accoutrement for the departed and reflect today something of the interests and obsessions, material life and beliefs of the times, as do their companion metalwares and sculpture. A small selection of these Tang relics are joined in this exhibition by a number of later paintings, those with either a Tang master as its ultimate source and inspiration, or a Tang subject as its raison d’etre. It is hoped that this gathering of works around the portrait of the ginkgo that inspired it will bring to the viewer a glimmering of the spirit and bounty of the Tang dynasty.