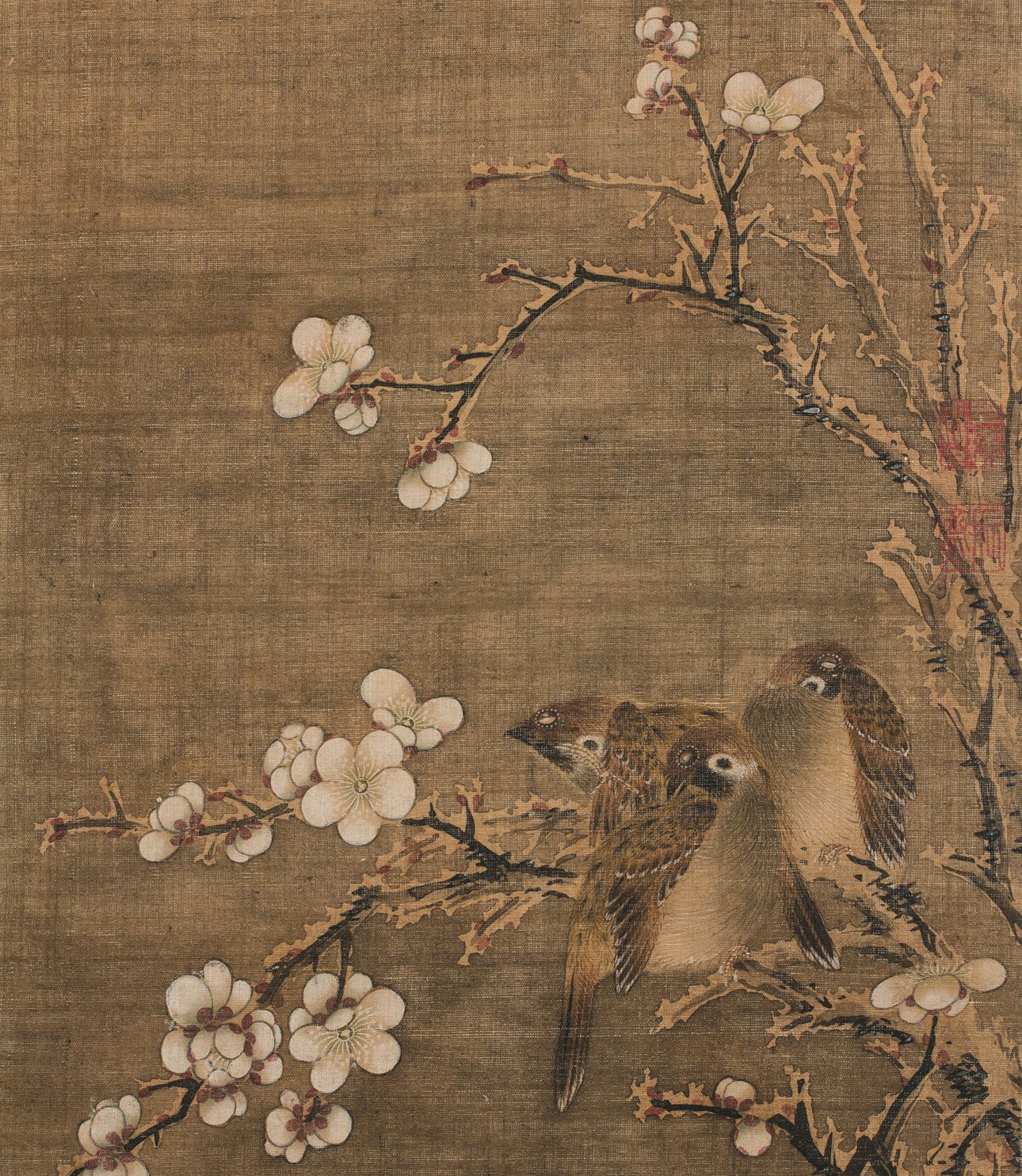 Kaikodo’s autumn exhibition, Sightings: Birds in Chinese and Japanese Painting, follows up on the theme of our spring show, Migration. That subject was inspired by a 13th-century Chinese painting of plovers in the Kaikodo collection along with the arrival of migratory plovers on the Big Island of Hawai’i where work on the spring exhibition and the online journal was being conducted. The idea was then extended to include the migration or movement of styles, techniques and works of art over space and time. In the present exhibition, however, the theme is restricted to the depiction of birds in Chinese and Japanese paintings, while at the same time a selection of relevant ceramics and works of art will also be on view.

The Chinese paintings selected for the exhibition date from the 13th to the 19th century, with more than half from the 13th to the 15th. While many of the subjects are presented in such natural habitats as ponds and forests or woodlands, as if the viewer were a birdwatcher happening upon a scene. one of the most intriguing works is actually a captive white eagle tethered to a rock by a sturdy chain. The subject directly reflects two of the great passions—an obsession with fantastic rocks and fascination with auspicious birds– of Zhao Zhi (1082-1135), who ruled as the Huizong emperor and to whom the painting is attributed. Among the later Chinese paintings is a monumental hanging scroll depicting six cranes amongst wutung and acacia trees and blossoming peony. Jin Duo’s painting, dated to 1818, is not only a resplendent decorative statement but is also invested with layered meanings based on the symbolism of each of its elements and a play on names equating the images to abstract concepts or qualities.

The Japanese paintings comprise a much more diverse group. Naturalistic images include Tadanaga’s “Hawk in an Oak Tree” and Morikage’s “Swallow on Lotus,” both of the 17th century, as well as the 19th-century works, “Hawk in Winter” by Chikuto and “A Pair of Pheasants with Rocks, Bamboo and Flowers” by Baiitsu. These are countered by such 19th-century narrative and anecdotal paintings as “Cockfight” and “Archer with Hunting Falcon,” along with a convocation of disparate birds perched happily together on branches that sweep across a handscroll by Cho Gessho, which we have entitled, naturally, “A Hundred Birds.”