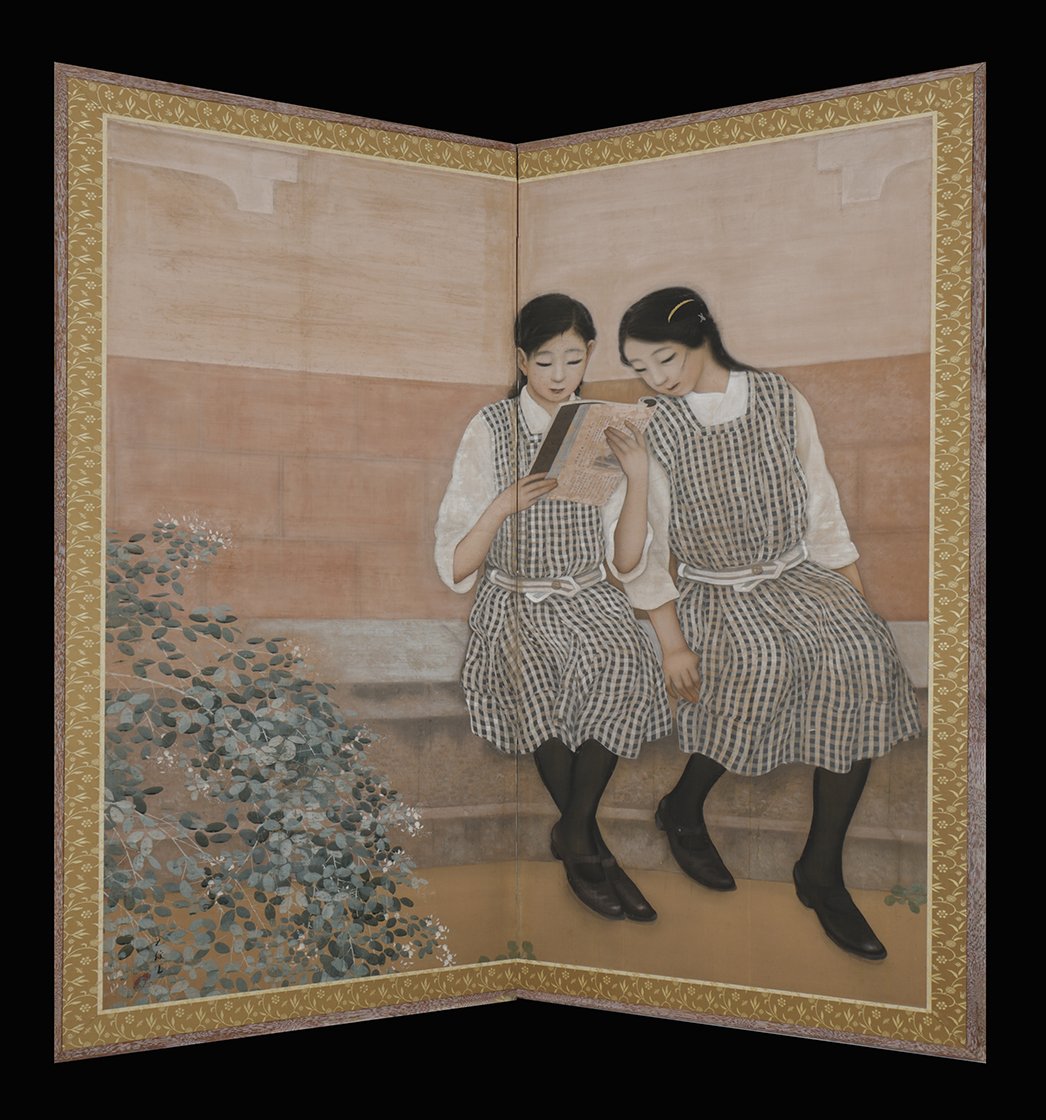 Our Spring exhibition “Parallel Lives” will be available for viewing online from Friday March 9th, 2018.

The title of this sales exhibition, Sharpening the Tools: Imagery and Accoutrement from the Scholar’s World, was inspired by a passage from the Lunyu, the Confucian Analects: “The Master said: ‘The workman who wishes to perfect his craft must first sharpen his tools.’” The “workmen” here are the calligraphers and painters, the scholars and officials of East Asia. Their “tools,” popularly called “scholars’ objects,” include everything a literatus requires to do his or her work—the ubiquitous inkstones, waterdroppers, seal-ink boxes, and brushpots among them—as well as more rarely encountered equipment, such as the carved lacquer container in the present exhibition with drawers for storing seals (no. 44). Objects gathered for inspiration, scholar’s rocks being the most prominent (no. 47). and whatever else might strike the fancy can also become meaningful trappings in the scholar’s workplace.

The guiding principle for acquiring implements, furnishings, or accoutrement was a combination of utility, suitability and availability along with current fashion and individual taste and whim. The workbench might be an elegant desk in a study or studio, or under the tiled roof of a gracious pavilion, or placed on a terrace. or moved into a garden on an especially fine day. It is also a small wooden table in a rustic hut or set in a skiff where one could while away the day, unreachable by the pull of one’s professional life. Sarah Handler’s essay, “At a Clean Table by a Bright Window: Furnishings in a Chinese Scholar’s Retreat,” in the Autumn 1999 volume III issue of Kaikodo Journal, “Scholarly Premises,” remains a most enlightening survey of this subject.

Works of art associated thematically with the world of scholars accompanies the various implements from China, Japan, Korea, and Vietnam presented here. A handsome red lacquer kang table of the Ming period (no. 50), for example, is not only a piece of furniture but a storytelling vehicle as well. The upper surface is carved with a garden scene where ten gentlemen are enjoying their afternoon engaged in reading. These figures are easily identified as the “Ten Disciples of Confucius”—the moral backbone of the literati class. A dish decorated with a single scholar musing in a landscape setting (no. 51), his servant following behind with his lute or qin, was destined for Japan, where Chinese literati norms were admired and emulated.

Chinese and Japanese paintings depicting subjects related to this rarefied world range from historical gatherings of scholars, to generic gatherings where the educated elite engage in calligraphy and painting, enjoy music and play chess, to landscapes where a small hut deep in the mountains is the only sign of the scholar within enjoying escape from the dusty world. Certain gatherings have become iconic, memorialized in the wistful writings and paintings of successors over the centuries. One such event was Wang Xizhi’s 4th-century gathering at his Orchid Pavilion where wine drinking and poetry writing ruled the day. While the event occurred in China, it was well remembered in Korea where the elite were most assiduous followers of their brethren in China and also in Japan where the theme became immensely popular and is represented here by a charming painting by Okada Hanko (no. 1944). Zhao Cheng’s early Qing painting “Elegant Gathering In the Peach Garden” recalls a famous Tang-dynasty garden in the capital, Chang’an, where the 8th-century poet Li Bo wrote a preface for the poems he and a special group of friends, known as the “Eight Immortals of the Winecup,” composed while partying there, another memorable event (no. 4). On a two-panel screen, two Japanese students interrupt their studies with a break of their own choosing: reading a popular girl’s magazine that has captured their undivided attention (no. 20). Lastly, close scholarly relationships are also documented through inscribed paintings, where scholar-artists might summon their predecessors from a distant past through words and through style or communicate directly with their contemporaries, as seen in a landscape painting done by the Japanese painter Chokunyu for his avid disciple (no. 19B).