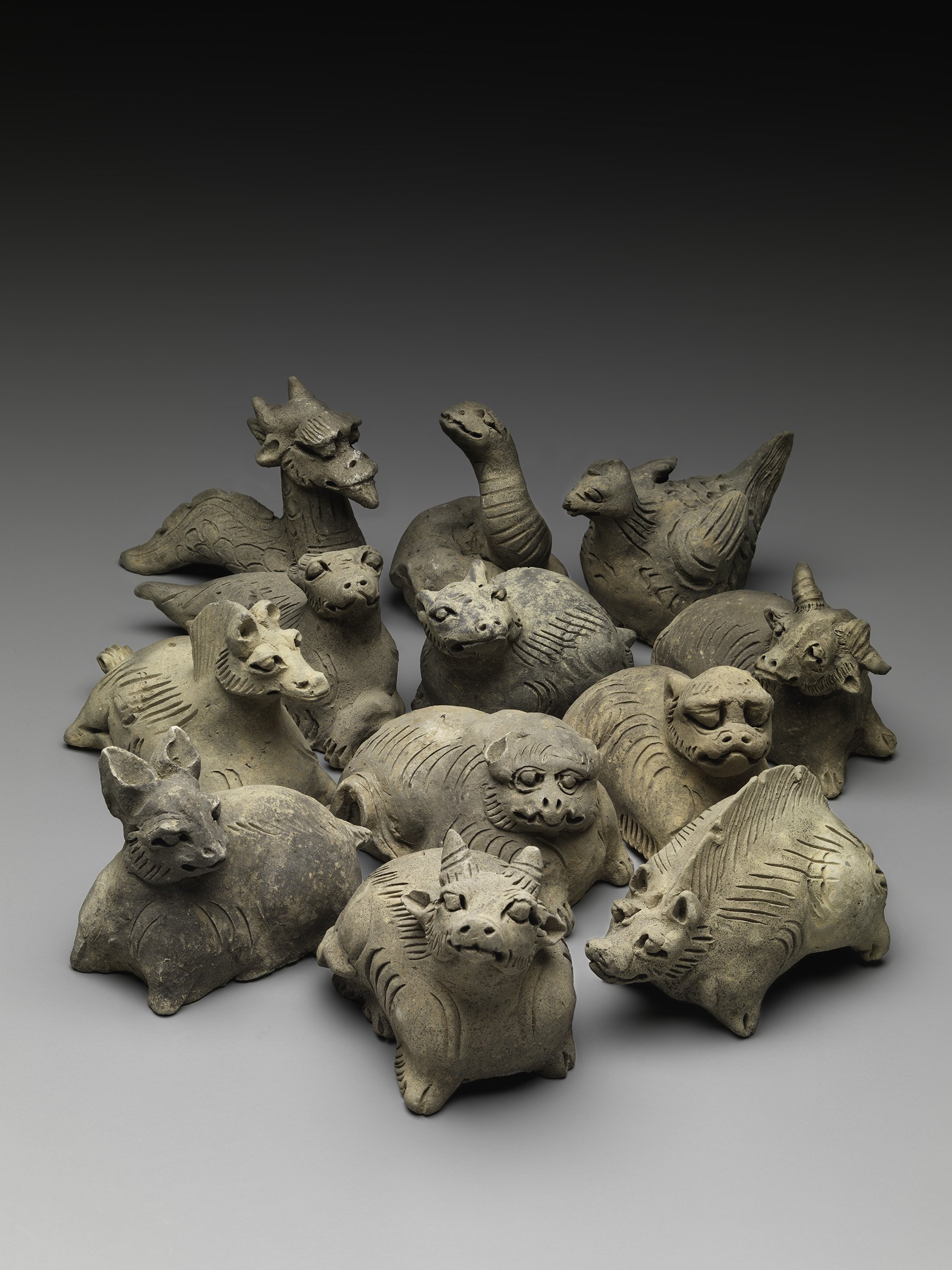 A selection of paintings and works of art on view at Kaikodo invites you to go on safari without leaving the comfort of an Upper East Side gallery. A rhino, an owl, a pride of lions, pheasants, tigers, and cranes are among the creatures that have been corralled in bronze, ceramic and painting by artists of China and Japan and await the adventuresome traveller in New York.

Images of beasts of burden and of the companions of the deceased, along with denizens of imperial parks or jungle and forest wildernesses, have historically populated not only temples and tombs, households and palaces, but psychological realms as well, where the creatures are imbued with powers and significance beyond the natural. There appears to be no beast known to these artists that has not since ancient times been assigned some cosmological significance or recognized as possessing potent supernatural power, even as they have been acknowledged and appreciated for their worldly attributes and idiosyncratic dispositions as well.

A pair of paintings by So Shizan (1733-1805), dynamically expressive portraits of mischievous tigers, exemplifies a Japanese preoccupation with this engaging feline, a beast that was also hallowed as the directional animal of the west in Chinese cosmology [no. 1]. The earliest painting on view is a Chinese rendering of a water buffalo in a landscape setting, a much gentler species than the aggressive cape buffalo of usual safari fare [no. 3]. Published in Japan in 1936, 1938, and again in 1944, it was further listed in 1980 by James Cahill in An Index of Early Chinese Painters and Paintings. Cranes stand majestically on rocky shores or swoop riverine bound from the heavens in Chinese and Japanese paintings alike, and are believed across East Asia to be portents of immortality [no. 9 & 27]. The rhinoceros, a beast which once roamed the Chinese mainland, is memorialized in a small bronze lamp, the bold, simple casting capturing the essential bulk and massiveness of the animal, which by the Han dynasty, when this lamp was cast, had disappeared altogether from China’s northern climes, the demise there portending the bleak future that we are witnessing today [no. 8].

A total of thirty works of art and paintings comprises the main exhibition, all images and write-ups present online, and with a number of further surprises on view in the gallery, adding to the adventure.