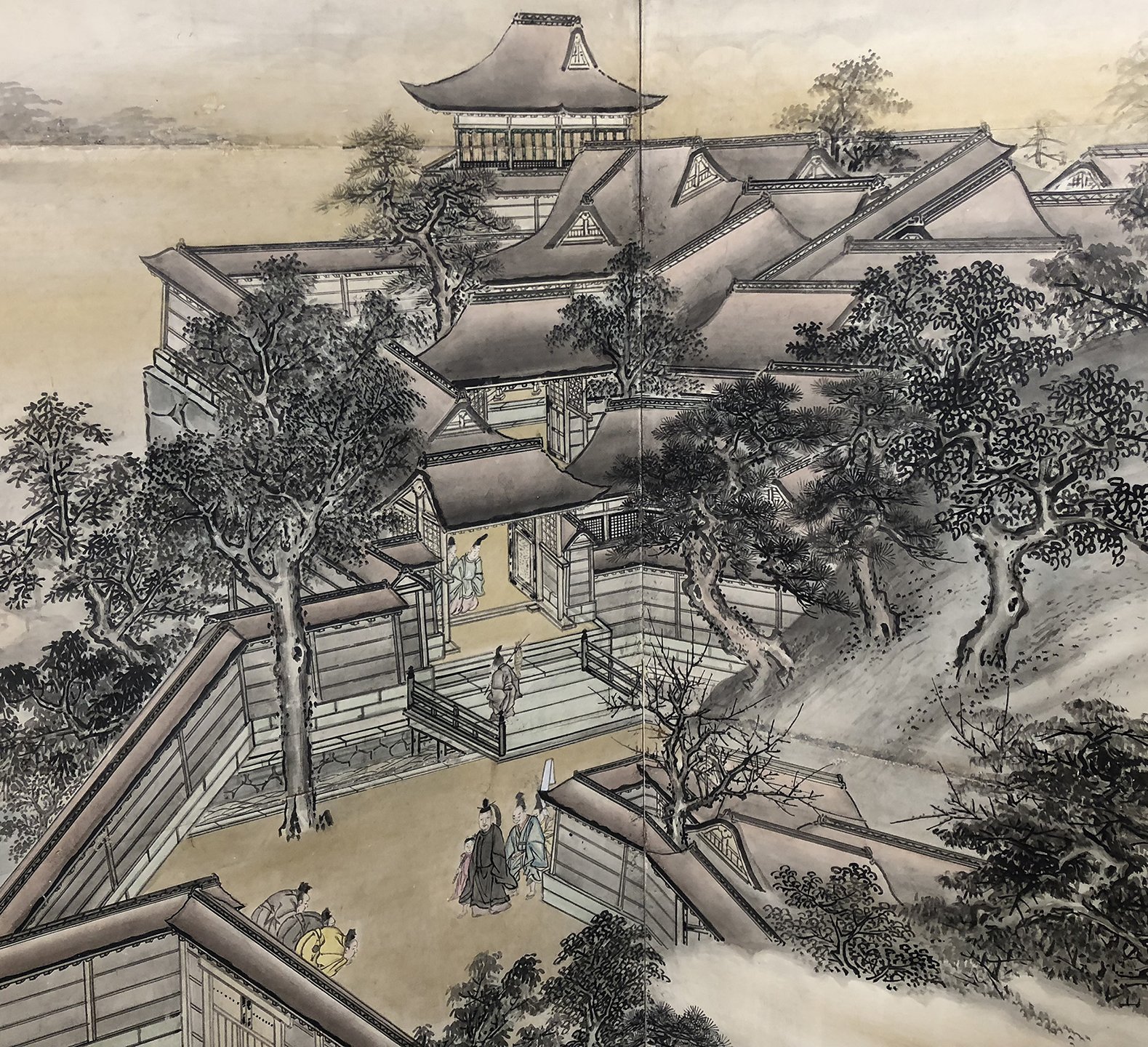 Kaikodo is pleased to present a special exhibition entitled “Privileged” for the Spring, 2020 edition of Asia Week New York. The exhibition opens with Chinese paintings evocative of privileged lives, where the elite are portrayed engaged in activities and pastimes commensurate with their status and within environments reflecting the sheltered worlds in which they moved. Who were these privileged, the elite of Chinese society? This class was comprised essentially of those who acquired a classical education and succeeded in the civil service examinations, qualifying them for governmental service. Mobility into the scholar-bureaucrat class was high and thus the class might and did include those from the lowest rung of the hierarchy, the families of merchant or tradespeople, who could afford educations and thus a path to the top. nn The scholar-bureaucrat class was a multi-functional, multi-talented assembly, poets and painters among them, and along with the most privileged of all, the imperial family, were arbiters of taste and often appear in paintings as well as in pictorial scenes in the decorative arts. We meet them performing on their qin, playing chess, or engaged in painting and calligraphy, their time-honored pastimes, or simply enjoying each other’s company over wine, savoring nature together, or relishing moments of solitude away from the demands of society and office. Favorite havens were easily accessible gardens (nos. 4, 6 and 10), sequestered waterside or mountainscape pavilions (no. 3), palatial retreats (no. 6) and rustic sanctuaries (nos. 5 and 7). nn The elite were not only arbiters of taste but also the consumers of premium appliances and accouterment created by the artisan or craftsmen class, relegated to the third rung in the hierarchy beneath that of the farming community. Media across the board were utilized for an immense range of products designed to function in this life and the beyond: ancient contrivances—decorative rig for chariots or trappings for horses, adornments for hair and body and garb for human folk, containers for display and ambiance within a household, a palace hall, or studio, useful paraphernalia and trinkets for the study, and exquisite tableware for domestic dining and drinking and ritual uses alike. Notable creations that would have allowed the elite to look their best, thanks to Chinese haute couture designers and craftsmen through the ages, are a gold-and-jade studded belthook of the late Zhou period (no. 31), a set of jade plaques from a belt of the Yuan dynasty (no. 36), and a black gauze ensemble of the Qing (no. 40).nn While looking their best, the elite could also live their best with finely crafted ceramics and metalware at hand, for example, a rare Ding-ware dish of the Tang period (no. 49), a delicate yingqing dish with swans floating in lightly etched waves (no. 50), or an exquisite early Qing octagonal gourd-shaped cloisonné bottle (no. 43). The gold-and-silver appliqued lacquer vessels of the Han dynasty in the exhibition (no. 27) evidence the lengths craftsmen would go and the heights they were able to scale in the creation of goods for their esteemed patrons and clients. The Japanese too benefited from China’s accomplished artisans, receiving for use in the tea ceremonies—the domain of the elite in Japan—quite exceptional porcelain from Jingdezhen as exemplified by a surprisingly large kosometsuke dish (no. 52) and a rare set of Shonzui vessels for tea-ceremony comestibles (no. 53).nn The privileged in Japan occupied a quite inclusive world ranging from the imperial family and court to aristocratic clans to the military elite to the leaders of religious establishments to highly accomplished artists and artisans to successful manufacturers and merchants and to those involved in the world of tea. The Japanese paintings on view likewise encompass a great diversity of subjects, expressing various facets of privilege. They range from aristocratic ladies (no. 12) to fetching courtesans (nos. 14, 15, and 20) to engaging historical subjects, such as a pair of screens illustrating the building of imperial palaces in both Japan and China (no. 19) to actual places of distinction—the environs of Kyoto (no. 9) or the famed Byodoin, the Phoenix Hall, near Kyoto (no. 18).nn Utilitarian miscellanea, decorative trappings, and even frivolous trinkets, which are often portrayed in the rarefied precincts depicted in paintings, are most enchantingly and effectively assembled in a 19th-century Japanese artist’s depiction of two Chinese sisters of historic fame (no. 17). The Qiao sisters are shown pouring over books, presumably on the military tactics that occupied their interest and attention. While living during the Three Kingdoms period of ancient China during the 3rd century A.D., they are seated at work in an 18th-19th century Qing-dynasty study with accouterment appropriate for that period—a lacquer desk, table and trays, a Yixing teapot, flower pots raised on ornate wooden stands, a brushpot, ceramic and bronze vases and containers, and scholars’ rocks on their custom-made supports. Similar works of art, along with others from over the ages, join with Chinese and Japanese paintings at Kaikodo where they can be viewed and appreciated in a 21st-century light.n