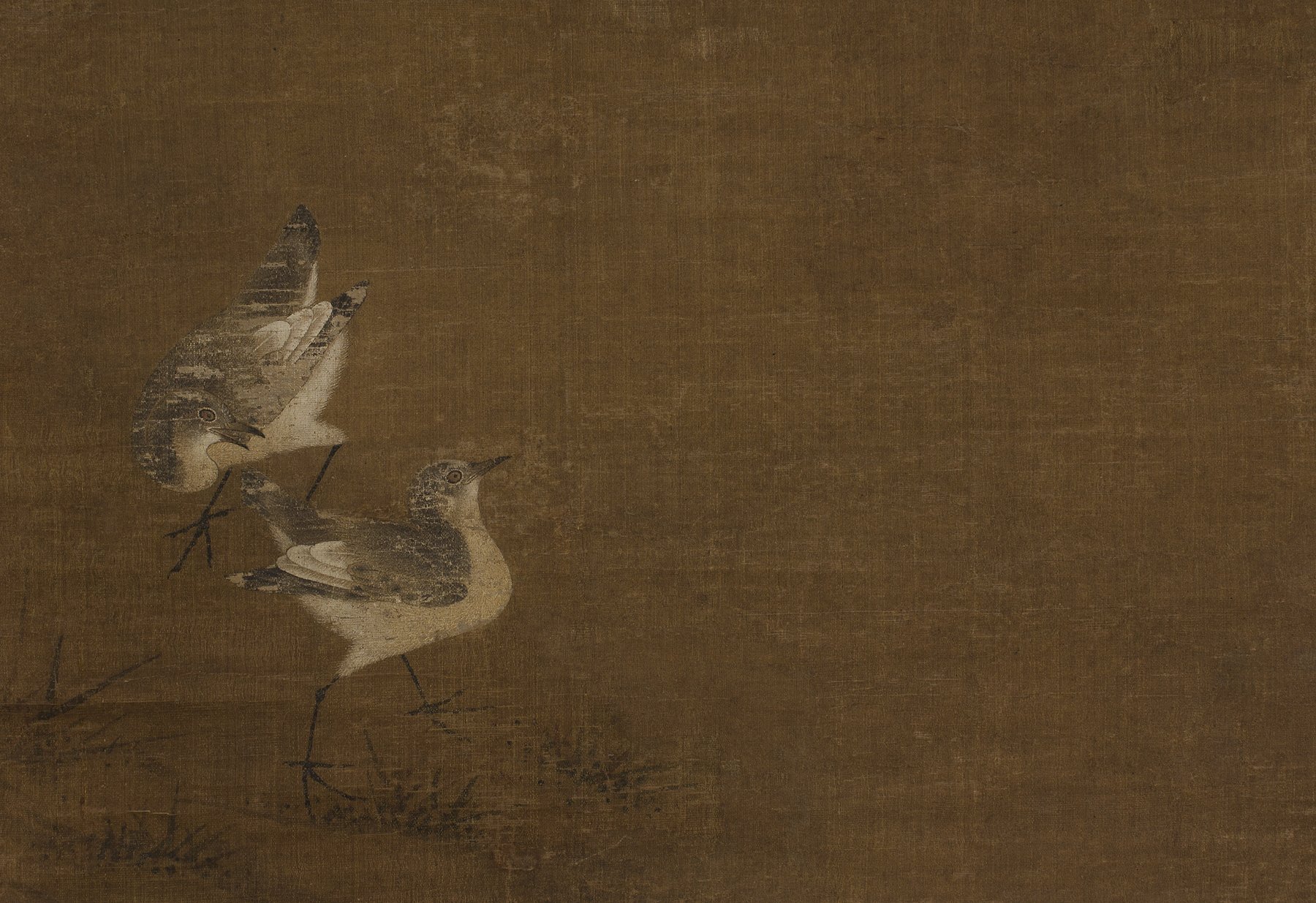 We thank the Pacific Golden Plovers we saw last autumn in a field on the Big Island of Hawaii for providing us with a theme for our Spring 2019 exhibition. The plovers had just completed their migration from their breeding grounds in Alaska to the warm climes of the mid-Pacific islands as we were beginning the thirty-fifth issue of Kaikodo Journal and ruminating over themes and titles. The birds could have fluttered right out of the earliest painting in the exhibition, “Plovers in Grass,” even though the species depicted by the painter would have been migrants from Siberia arriving in China sometime back in the 13th century. It then occurred to us that migration plays a principal role in the development of art. Art history, in fact, is built to a large degree through tracing the migration of styles and technologies, ideas and objectives as they travel through space and time. Such migrations might have short routes, restricted within a homeland—a province, a country—or move abroad. And whatever the path, offspring are born along the way, new populations and even species established, new traditions bred. Art objects themselves—the pots and paintings and all else—are put on paths of migration from their sites of origin to table or tomb, to boudoir or study. Some traverse national borders by land or sea or air. A Chinese celadon vessel produced in Zhejiang might move north to a palace in Shaanxi province or to a tomb in Sichuan in the far west. At the same time, more adventuresome migrants traverse national borders, journeying from their homeland voyaging across deep waters, for example, from China to Japan or Southeast Asia, or over great oceans bounding from continent to continent as the precious globetrotters we appreciate around the world today.

As far as some categories of paintings are concerned, the history of the work is present in the seals affixed by collectors over time as well as in colophons written on or attached to a work, whereas the actual creation of a painting is more often than not a result of the migration of styles. While the optics of migration allow us to view individual works of art in this broader context, at the same time, we can become so consumed by history that the work itself is sidelined. Recently, the life of the object or painting has been as much a focus or more so than the work of art itself. We trust that the works gathered here, however, have voices of their own, loud and clear enough to be heard above all else.