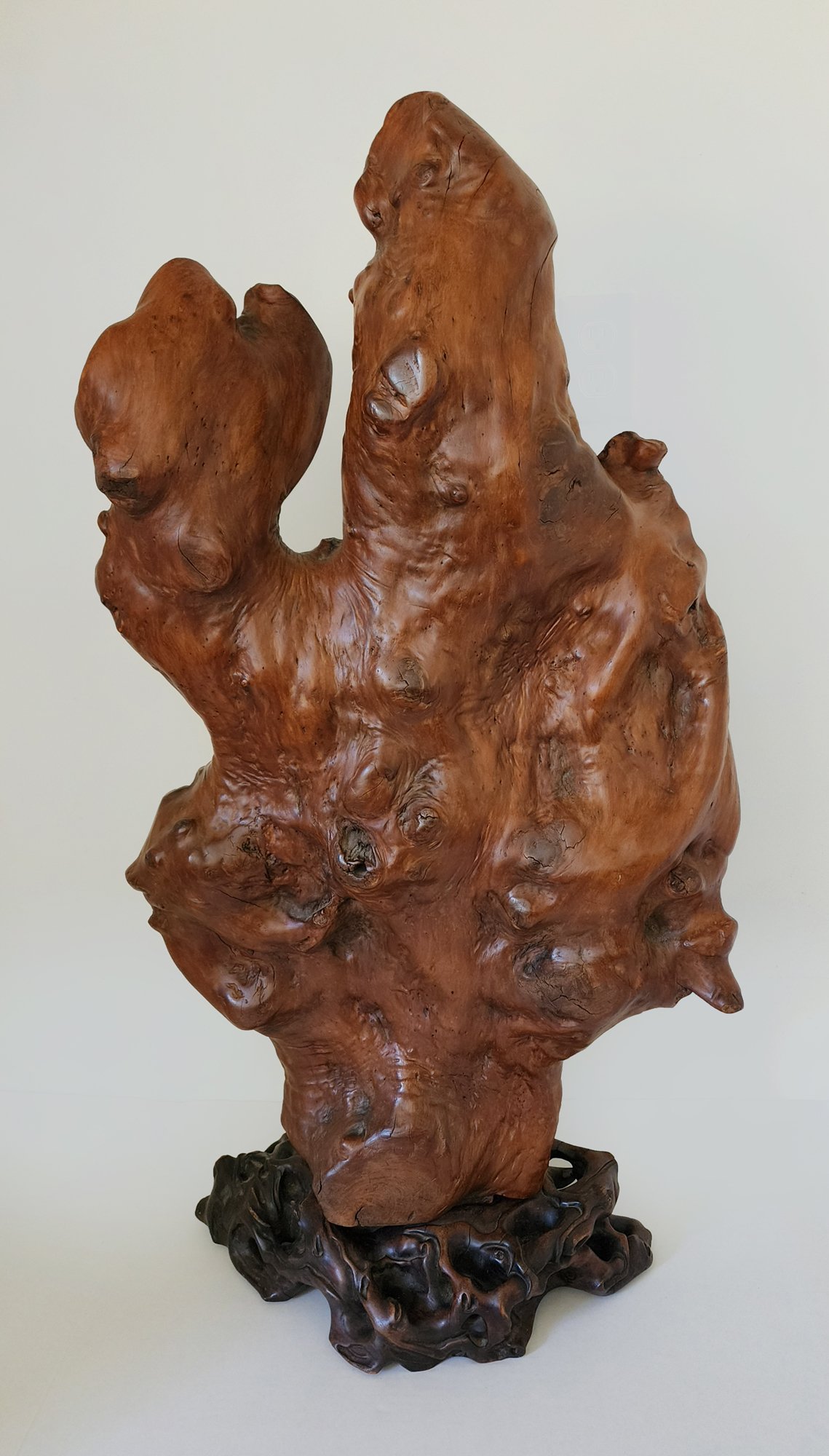 The present exhibition consists of thirteen works of art, numbered 1-12. Note that the last entry, a Yuan-period wooden Bodhidharma, no. 29, follows the painting section. The sixteen Chinese and Japanese paintings are numbered 13-28.

Some years ago Kaikodo presented two related exhibitions: The Magic of Trees I (Summer 2013) and The Magic of Trees II (Autumn 2013), The first exhibition was inspired by the Japanese practice of ‘forest-bathing,’ going into the woods–strolling, picnicking, sitting in silence surrounded by trees—to alleviate stress, a non-demanding way to recalibrate body and mind, the practice scientifically demonstrated to be beneficial in a number of ways, significant enough for the Japanese government in the 1980s to name it, shinrin-yoku, ‘forest-bathing’ and promote its practice. The Chinese and Japanese landscape paintings shown then and now allow virtual travel, a time-honored means of escape from the dusty world when an actual foray into the woods is impossible. The Magic of Trees II focused on lacquer, progeny of the miraculous lac tree, whereas now we present works of art whose subjects manifest our theme along with creations from wood itself.

In this exhibition one is invited to join the gentleman viewing a waterfall in a painting by Aoki Shukuya (1737-1802), anticipating a stroll with him further into the woods or to eavesdrop on the seven scholars in deep conversation secluded in a thatched hut in a handscroll by Zhu Angzhi (1764-1842). What might they be saying about the Dao, which we know is the subject of discussion? Many paths are open to the viewer, with no fear of getting lost, just distracted, which is, after all, the point. In a shrine constructed from wood, Guanyin sits serenely under a canopy of leaves, a reminder that long before human folk took to the woods, spiritual beings of the Daoist, Buddhist and Shinto realms, and from worlds without names or histories, were denizens of the woods, of streams and mountains without end. A Han-period ceramic owl is a forest resident that the woodsman in the cavetto of a Ming-dynasty kraak porcelain dish would at least hear at night if not seen during daily work. Some of the natural treasures from the woods were allowed to speak for themselves with minimal interference from artists, such as a root wood scroll pot or the burl screen supported by a natural root stand. Wood might be worked into an object that would nevertheless let the material be revealed and respected as in the lotus-shaped tray by Imai Oshin (1880-1951) or the two-tiered wooden vase by Rijo Masahiro (19th c.?), whereas the wood-nature of the material disappears in service to the sculptors who produced such images as the South Seas Guanyin or the Scribe from Hell exhibited here.