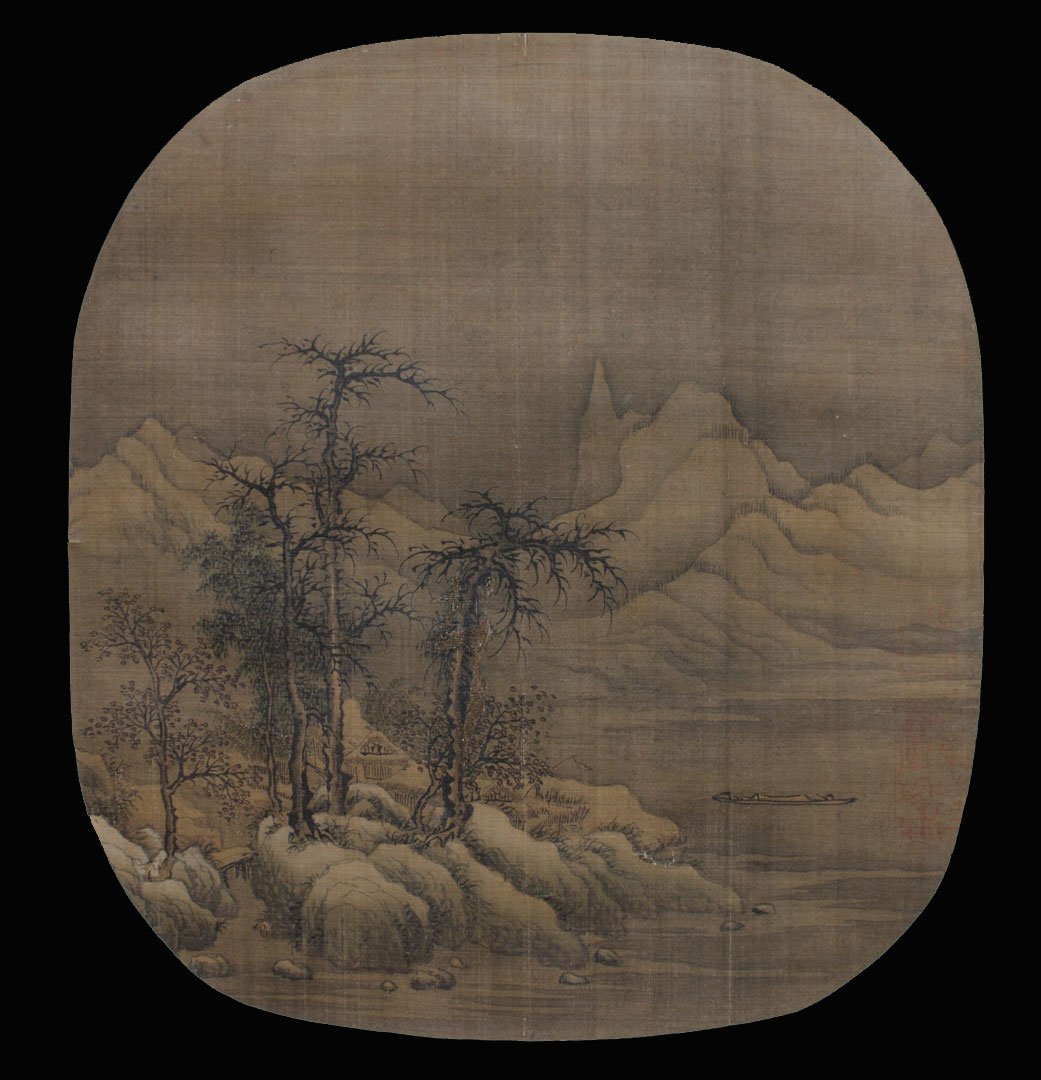 To complement the momentous exhibition of Chinese painting at the Victoria and Albert Museum, London, entitled Masterpieces of Chinese Painting, 700-1900, we are pleased to return to Asian Art in London with Fans of Chinese Painting, an exhibition devoted exclusively to the Chinese painted fan. Figural and bird-and-flower subjects are represented in the show, but landscapes clearly dominate the selection. The paintings range in date from the Song and Yuan dynasties, when various flat fans, generally known as round or screen-type fans, were in vogue, to the Ming and Qing dynasties known particularly for the production of folding fans. The exhibition concludes with works from five contemporary artists. The pre-modern fan paintings in the exhibition are actual fans that were intended for use as fans but are now mounted as either hanging scrolls or simply matted and framed. The contemporary artists, on the other hand, utilized the time-honored fan shapes as formats for their individual creations in honor of the early tradition. The exhibition well illustrates the brilliant solutions of artists challenged particularly by the unusual spatial world of the folding fan. The folding fan appears to have been introduced to China from Japan already during the 10th century and literary records indicate that by the 12th century, during the Song dynasty, such utilitarian fans could become veritable works of art through the paintings produced on their surfaces, a practice known to have been current during the 12th century in Japan through a number of surviving examples. The fan format is highly prized by discerning Chinese collectors but is also well suited to Western taste since the framed works of art are conveniently displayed and easily stored and preserved.