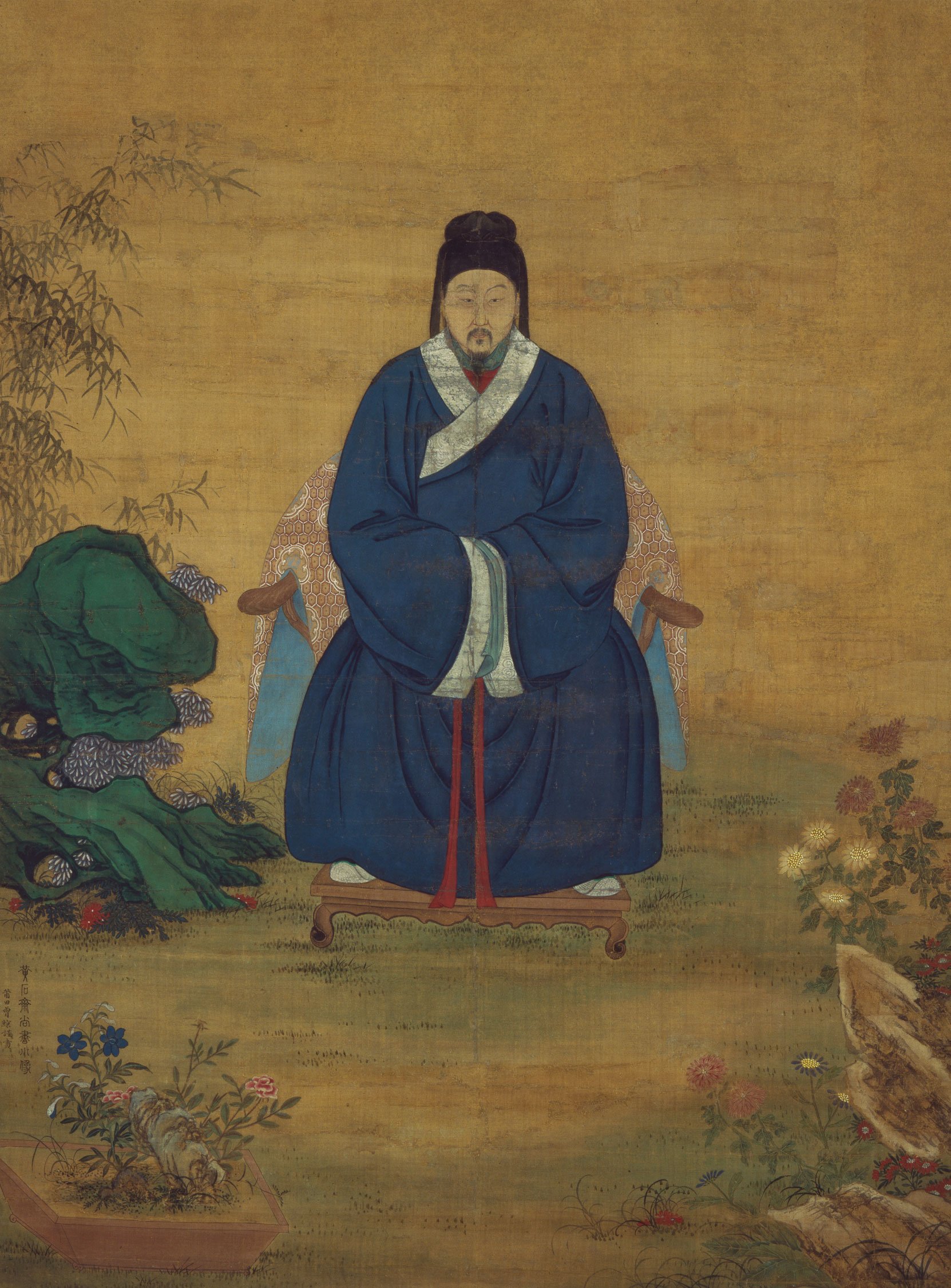 Kaikodo’s autumn exhibition, Brushes with History, focuses on Chinese painting and includes works from the 13th through the 19th centuries, some by well-known painters and others by lesser-known masters. Virtually every Chinese painting from this period, however, whether by a famous artist, a less well-known one, or even by an artist who cannot be identified with certainty, was indeed produced with a brush that engages the past history of painting and thus allows us to experience, metaphorically, brushes with history.

In this respect, a number of factors have to be considered, including [1] the manner in which individuals traditionally became painters in China, that is, through the assiduous study and copying of the old masters; [2] the absolute centrality of indigenous traditions or lineages and [3] the fact that ultimate creativity occurred on the back of tradition; even when a giant leap forward was successfully taken by an artist well-versed in the traditions which formed the basis of his art, creativity was within the context of the received historical tradition; elements of the tradition or lineage are still present and recognizable, even in their altered forms; the brush cannot shake its historical associations; it has a memory that cannot be erased.

A massive majority of later Chinese paintings are thus identifiable as members of some known lineage or combination of lineages, sometimes easy to determine and sometimes more difficult. In the painting by Shen Kai, ‘Geese on a Riverbank’ (no. 12), the artist tells us in his inscription on the painting that ‘On a summer day of the year 1750, I followed the brush conception of a Northern Song artist.’ Two paintings in the exhibition are, in fact, attributed to Northern Song-dynasty artists known for their sensitive portrayals of waterfowl. ‘Geese Descending on a Sandbar’ (no. 1), attributed to Huichung, was likely produced, however, a couple of centuries later, some time during the early 13th century, as was ‘Ducks by Willow-lined Shore’ (no. 2), attributed to Zhao Lingrang. While these paintings suggest what Shen might well have had in his mind’s eye, the atmospheric scenes produced through the soft and sensitive brushwork of the earlier painters is replaced by Shen with crispness and clarity, and, furthermore, with the characteristic earth and vegetal forms associated with another 18th-century painter, Shen Quan (1682-1760). Shen Quan, who had brought the Song style clearly and cleanly up-to-date, was a most distinguished painting master, one with whom Shen Kai may well have studied and to whom he might have even been related.

A monumental landscape attributed to the 17th-century master Gu Qiao, ‘Snowy Mountains’ (no. 8), immediately brings to mind the grand landscape designs again of Northern Song masters. While the sources are thus easily identified, the advances from the models are also clear and stunning. In the Northern Song paintings, recession is carefully presented from fore through mid to background, whereas in the later painting, the only recession is into the river valley on the right hand side of the painting; the similarity of ink tone in the mountain forms on the left pulls the entire body of forms into one plane; the painting becomes an engaging surface pattern rather than a true image of a wintry scene. The painting becomes an even more complex study when one considers the inscription, written at some later date on the painting in an attempt to make the viewer believe the painting was done by the great master Wen Zhengming (1470-1559) of the Ming dynasty, who is known himself to have capitalized on the winter landscapes of the Northern Song period. Comparing the present painting, however, to known works of Gu Qiao makes the attribution to him most feasible.

The painting by the early 14th century artist Puguang in the exhibition (no. 3) provides an interesting counterpoint to the Gu Qiao. Puguang’s winter landscape brings more intimacy to the Northern Song models, focusing on the figures in their boat, the greatly enlarged bare wintry trees, and the bold mountain forms, leading to the creations of the ‘academic’ Zhe School masters of the Ming, a school of painters placed by art-historians in stylistic opposition to the ‘literary’ Wu school of Wen Zhengming. The trails of tradition are thus complex, but we CAN follow them if we try.

A landscape painting by Shen Feng of the 18th century (no. 9) has all of the elements that one associates with the 14th-century master Wang Meng, distilled through the centuries into such ‘motifs’ as the furry foreground pines, densely layered repetitive peaks, their contours enhanced by conifers repeated like punctuation marks in row upon row, and the ‘rich fabric created by the interwoven dots, strokes, and textured patterns.’ That Shen’s lengthy inscription mentions that he had seen more than twenty paintings of the Woodcutter of the Yellow Crane Mountain (Wang Meng) and stating that common artists are unable to penetrate the profundities of Wang’s style, is not a bit surprising. Shen’s brush has already told us in its wanderings across the paper what he then summarizes in his inscription.

A brief look at Zhao Cheng’s ‘Elegant Feast in the Peach and Pear Garden’ dated to 1652 (no. 5) transports the viewer immediately to the glorious Tang dynasty when the ‘blue-green’ style of landscape was perfected by Li Sixun and his son Li Zhaodao in the 7th-8th centuries. The composition, however, is refreshingly new and quirky with the blue-green mountain masses afloat like fantastic clouds and the figures dispersed among them like airborne sprites. The transformations of this lineage through many centuries is a complex and engaging study in itself. In the present painting the style appropriately brings to life a well-known Tang-dynasty subject: The Peach and Pear Garden located in the Tang capital of Chang’an, where the great 8th century poet Li Bo imbibed with friends as they composed poetry, the inspiration for the figures in the present painting.

Traditions in figure painting are also multi-faceted and complex. In Zheng Dai’s 18th century work ‘Su Shi Visiting the Elders at Huizhou’ (no. 11) the subject is presented in a composition that brings to mind Tang figure painting, where figures might be depicted in isolation against a blank ground. The subject, on the other hand, was brilliantly identified by the Japanese who wrote the box inscription as that of Su Shi (the illustrious 11th century painter, poet, calligrapher, scholar, official) who was banished to Huizhou where he visited with an elder who had just passed the examinations. The brush with history here, then, opens more than one door to history–stylistic and subject-wise– for the fortunate viewer.

Each painting in this exhibition can be approached, understood and enjoyed with these considerations in mind. After viewing the images and basic facts about the works presented here, you are invited to contact the gallery for further information and in-depth studies, along with happily provided responses to whatever queries you might have.

The paintings are accompanied in the gallery by an exquisite collection of scholars’ objects, that is, implements and accoutrements collected, used and treasured by traditional Chinese men-of-letters. While a number of objects on view are from the Kaikodo collection and part of the sales exhibition along with the paintings, the majority of objects is from a single private collection and are on view to complement the paintings and to enhance the viewing pleasure of visitors to the gallery. The collection was formed over the last twelve years by a young private collector from Beijing, now residing and working on the East Coast, and is the perfect embodiment of his discriminating eye and refined taste. Although acquired worldwide and from a variety of sources, several of the pieces are distinguished by their provenances, having hailed from well-known collections. For example, an unusually large huanghuali wood brush pot was bought at the 2001 sale of the Myron and Pauline Falk collection. Another extraordinary brush pot is carved from bamboo, appropriately evoking the world of the ‘Seven Sages of the Bamboo Grove,’ with deftly accomplished under-carving and openwork, the figures brought to life amidst a dense growth of tall bamboo. Another particularly unusual piece is a very finely modelled aubergine-glazed ceramic brushwasher, notable for its great delicacy and most engaging color. Other materials represented in this notable collection include porcelain, bamboo veneer, zitan, and ivory.