‘Winter at Villa on the River’ 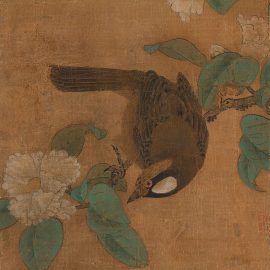 ‘Bulbul on Branch of Camellia’ 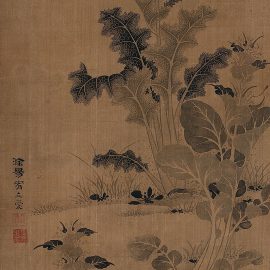 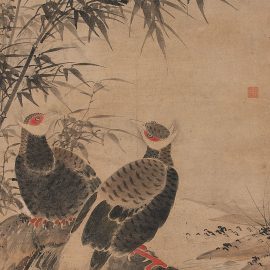 ‘Two Pheasants on Rock by Bamboo and Stream’

Colophon:
‘During rin-sho (the sixth lunar month) of the fourth year of the Bunroku reign-era (1595), Churyo presented this in service.’ Seal: Chu 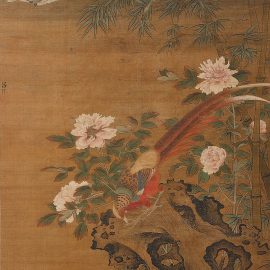 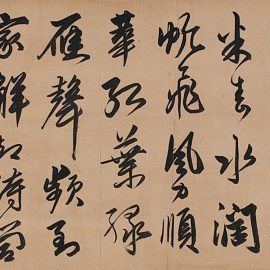 Inscription:
‘Presented to Ryoan on returning to his home country (of Japan).

With understanding manifested and his journey complete, his enlightenment dispenses with the dusty (world);

How can he depart with hoary locks while I mourn him sadly?

But a lofty ode is not superior to a song at the port, and what would interfere with a floating cup of fermented wine in spring?

On the broad waters sails are flying and the winds are strong and favorable,

Decorated with red and leaves of green, the shore resounds with the calls of wild geese;

Reaching home he will transmit his knowledge with poems and weighty boxes,

So as to repay the former sages, and thank the imperial court. 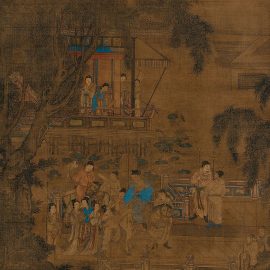 Inscription:
‘Within the bamboo groves flows a quiet stream, and lotus covers the pond;
The host presents a sash as that is suitable to both.
Ch’in Shih of Wu-chun (Suchou) did this to celebrate the longevity of Master Pang-shih.’