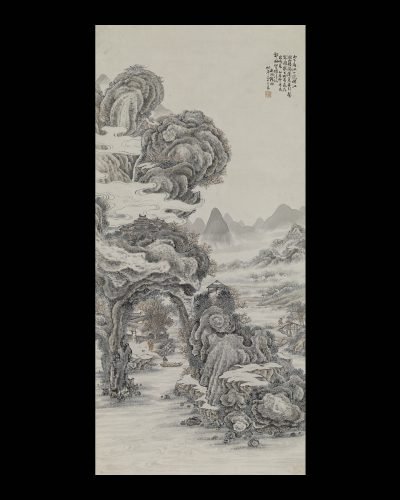 Inscription:
“Beneath the mountains a
spring river flows in abundance,
the river wends and the mountains
encircle, separating Penglai;

The boat travels as though
hearing the chickens and dogs,
at times peach blossoms appear
along the sides of the gorge.

During middle of winter of the year 1805 (?), I painted this for the pure pleasure of my cousin Zheng Shuxian. Zhang Xiang, called Liuhu, at the age of sixty-five.”

Seen through an arch of overhanging rock, a figure steers his boat to the shore where another figure waits to greet him. Beyond the arch appears an extensive villa, surrounded by blossoming peach trees. Bulbous peaks, also adorned with peach trees, rise above to fill the background. The poem here, as well as the pictorial scene, itself makes clear reference to the poem “Peach-blossom Spring,” a short tale composed by the great poet Tao Qian (365-428). A fisherman follows a stream to a spring issuing forth from a cave through which he passes to find a world where each who enters receives the privilege of a life of perfect happiness.

This idyllic tale of an Elysium far removed from the world of stress and strain is here given soft and poetic embodiment. Light washes of ink and color create a mood in full accord with the theme, which is further supported by the evocative clouds floating through the scene.

The artist, Zhang Xiang, is not recorded in standard biographical sources, so the date given in the inscription could in fact be sixty years earlier. It seems more likely, however, that Zhang was a painter in Suzhou—based on the style of this work—working in a conservative style that was not in favor in more worldly cities such as Yangzhou and Shanghai and his work was thus overlooked by biographers of that era. This does not detract from the painting, which remains its own testimony to the talent and imagination of a gifted artist. 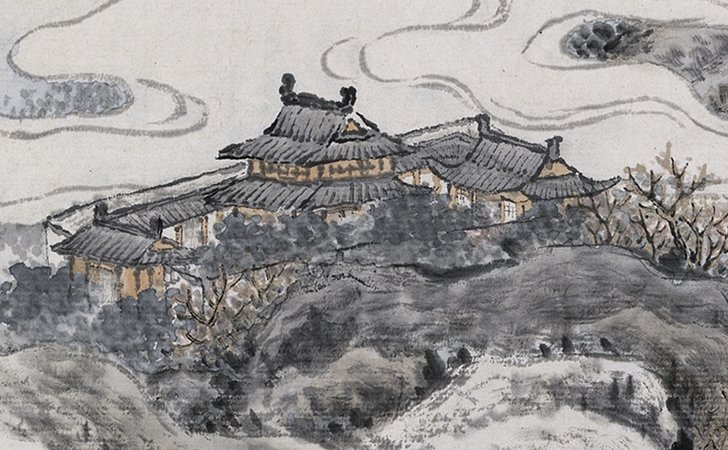 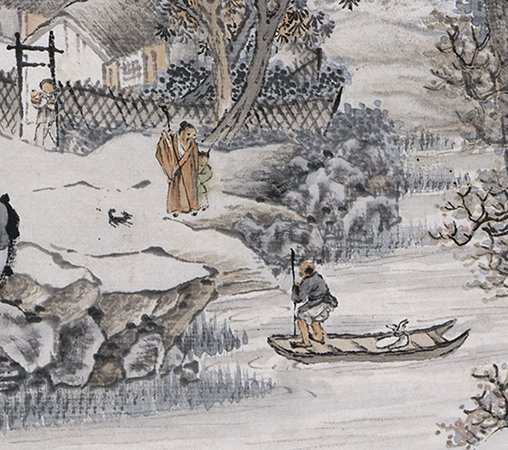 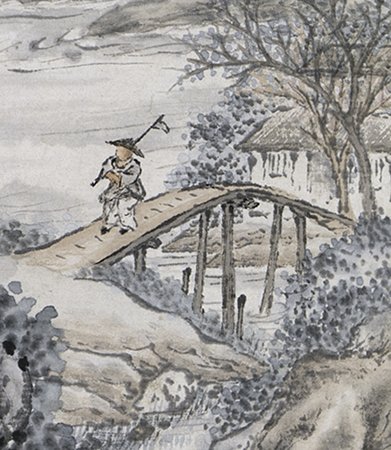