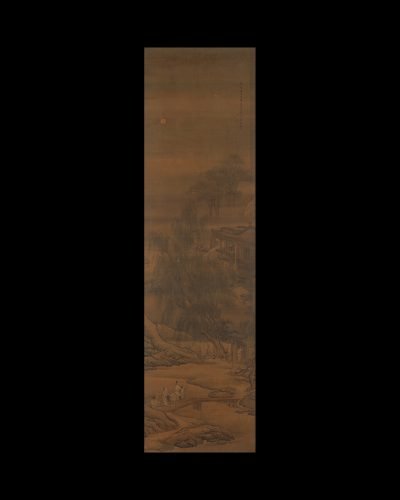 Inscription:
“Based on the verse
(of Zhao Kui, 1186-1266),
‘Lamenting the end of spring,
subconsciously I return home late;
Flowers brighten the outer gate
where we knock in moonlight.”

A scholar on horseback, attended by two servants crosses a bridge on his way to his extensive villa rising above; another servant carrying a bundle of scrolls knocks on the door to announce their arrival while a young girl carrying a candle hurries to answer the summons. Willows and other trees with spare blossoms grace the perimeter of the villa, all seen in moonlight shining through bands of evening mist.

For the eighteenth century, in a milieu that included the Eight Eccentrics of Yangzhou, the painting is conservative, with great emphasis on verisimilitude and evoking a winsome mood. The figures and trees are drawn in elegant brushwork while the architecture is ruled-line, drawn with a ruler in classic style. Much here relates to very early landscape painting, including a work likely of the 10th century attributed to the 8th-century master Li Sixun, progenitor of a courtly style of painting seen here (fig. 1).

Yuan Yao (ca.1710- ca.1780) was the son of the Yangzhou master Yuan Jiang (ca.1670-ca. 1756). The father’s hopes for his son were clearly manifested by the name he chose for him: Yuan Yao or “The Glory of the Yuan family.” The means by which this was to be achieved are clear from the son’s style-name of Zhaodao, which placed him in the same relationship to his father as Li Zhaodao held to his famous sire, Li Sixun. By the early 18th century the courtly decorative style emanating from the two Tang artists, who, not insignificantly, were members of the Tang imperial clan, carried with it connotations of wealth, power, and privilege that were of great moment to the prospective patrons for such paintings as the present one. 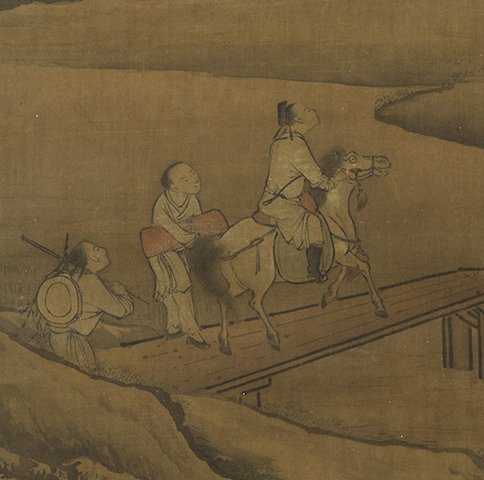 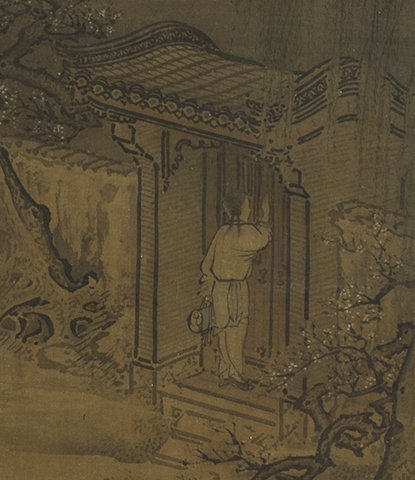 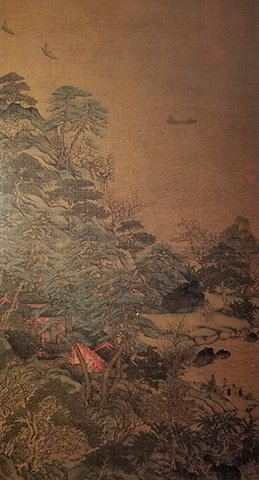