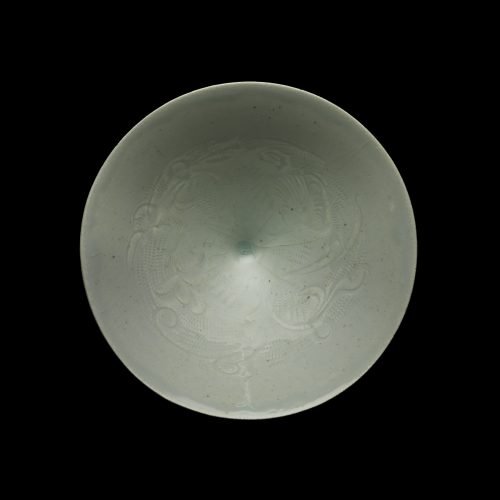 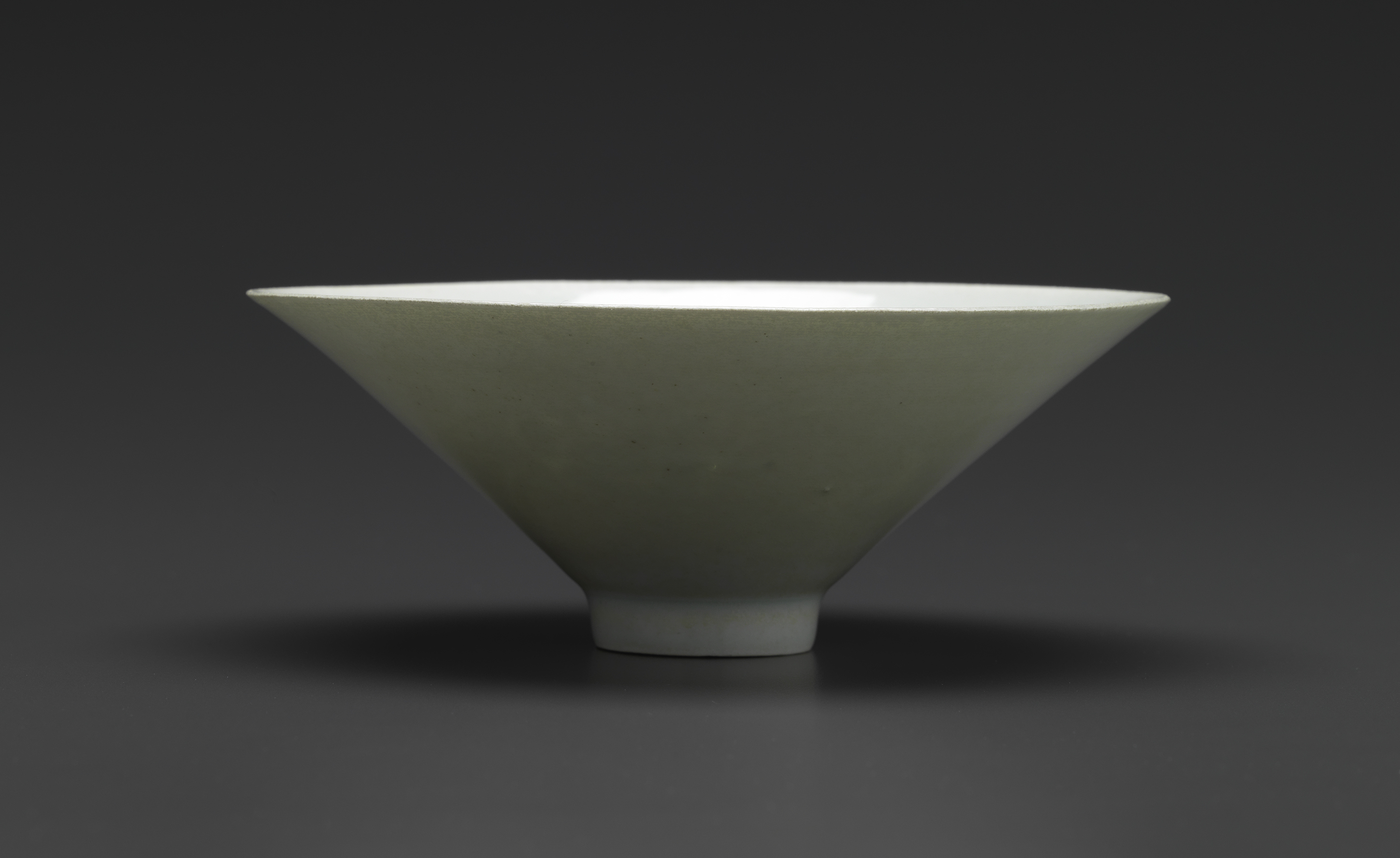 The exquisitely potted bowl, the walls shaved to great thinness after the piece was thrown on a wheel, rises from its fragile foot at a steep angle to the sharp, delicate mouth rim. Floral blooms on fine-spun scrolling vines, along with bud tendrils, were carved and incised on a rouletted ground on the interior, visible beneath an even, light bluish-white glaze with a turquoise-coloured pool in the center. The unglazed recessed base, enclosed by a thin, almost residual foot, has remnants of the pad on which the bowl was supported during firing.

The present bowl is a telling example of what the essence and legacy of early Song dynasty Jingdezhen creations were all about. The material of the bowl is stark white, a gift of the geology of the area, and the distinctly blue tint of the glaze is also a result of the purity of materials there, the special color possible only when the mineral titanium does not taint the glaze materials. Further, this very popular early Song design is best seen and appreciated when the bowl is held up to the light and the images appear like shadows cast on the walls of the bowl. The effect inspired 19th-century enthusiasts to refer to the ware as yingqing, “shadow blue.” The misnomer qingbai, “bluish-white,” resulted from an incorrect reading of a Song dynasty text and yet that name has gained common and popular usage. The design on the present deliciously translucent yingqing bowl was a very popular one during the early Song period and, despite the delicacy of these ceramics, a good number have survived into present times and are held in collections private and public around the world.