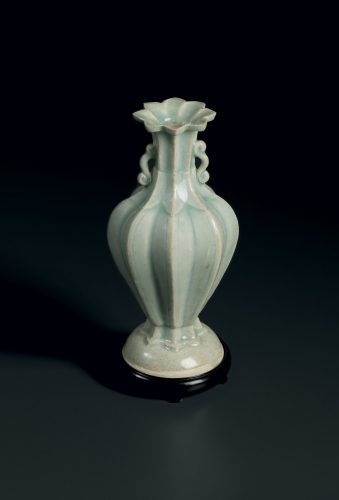 The small baluster vase of octafoil section is supported on a hollow domed foot. Each sharp lobe rises from the eight-point star-shaped relief on the foot circling the narrow base of the vessel. The segments ascend to a wide shoulder decorated with a collar of conforming star-shape and applied with two scroll handles on the tall constricted neck that flares at the top, terminating in a thick, flattened mouth rim of crisp eight-point form. The bright, clear, pale-bluish glaze pools to a turquoise in the vertical crevices between the lobes, covers the wide, flat mouth rim, and ends evenly above the foot. The clean white body is visible on the interior of the neck and has burned a slight pinkish hue on the unglazed deeply recessed concave base.

An enormous variety of intriguing yingqing (“shadow-blue”)-glazed wares were produced at Jingdezhen and related kilns, such as those at Dehua in Fujian province, during the Song and Yuan dynasties. A bevy of small vases related to the present are known, many still in the Asian and South Asian countries where they were marketed during the 13th and 14th centuries. Such vessels have also been excavated at sites in China, for example in Jiangxi, a good number preserved in the Jiangxi Provincial Museum (fig. 1). The unusual segmented body is present on shards excavated from the Hutian kiln site at Jingdezhen (fig. 2) and at least one example from a datable context has been published, that is, A.D. 1236 during the late Southern Song period (fig. 3).

The prominent star-shaped mouth and the distinctive concave vertical segments of the body are quite noticeable departures from the normal foliate-mouthed vessels or those with the traditional rounded, convex lobes of the ceramics of Jiangxi and neighboring Zhejiang province. However, forms related to the present do occur in such late Song period celadons as exemplified by a guan vase, the example here reconstructed from shards collected from the Southern Song imperial kiln in Hangzhou (fig. 4).

When the present vase was in a Japanese collection, the owner had a box made for it with a label giving a brief description of the piece and three characters, written to the side, which refer to its unusual shape as kikyo-gata, or bellflower shape (fig. 5). The flower was not only beloved in Japan as one of the seven flowers of autumn but the distinctive shape of the blossom was adopted by such great potters as Ogata Korin (A.D. 1658-1716) and Ogata Kenzan (A.D. 1663-1743) as a model for attractive and suggestive vessel shapes. For those of us who live with starfruit, however, the body of the vessel is an extremely close approximation of that distinctive shape, even if the ceramic was fashioned with eight rather than five to seven segments of the actual fruit (figs. 6-8). Since the starfruit tree (Averrhoa carambola; in China known as yangtao) is a native of the Philippines, it should not be surprising that a small yingqing vessel excavated in the Philippines is described locally as “starfuit” shaped (fig. 9). Another vessel, also found in the Philippines, is a small ewer with segmented body and further a collar of pointed petals around the neck, relating to the present vase (fig. 10). These vessels were created using molds, the only way imaginable to fill the insatiable market as best and rapidly as possible and yet produce crisp and winning forms. 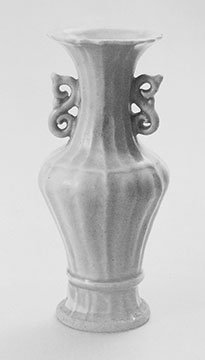 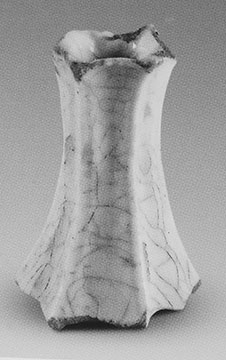 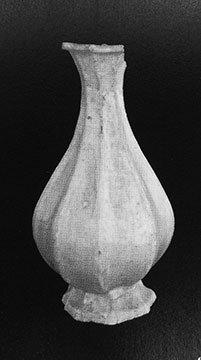 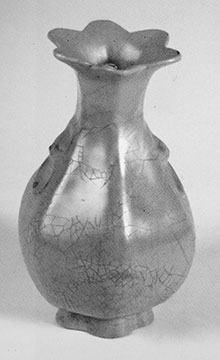 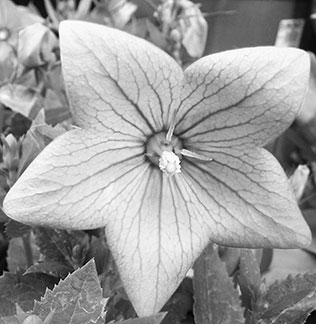 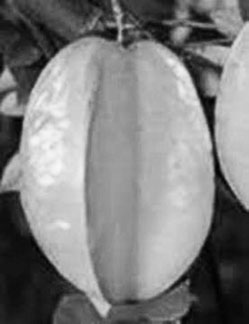 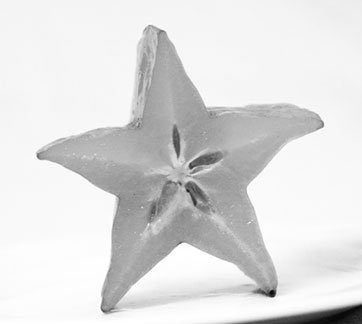 Fig.7: A slice of starfruit. 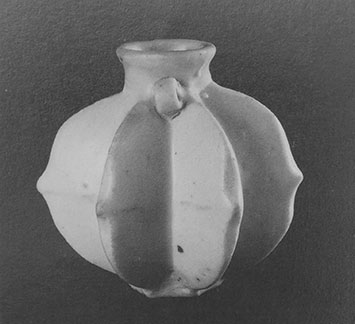 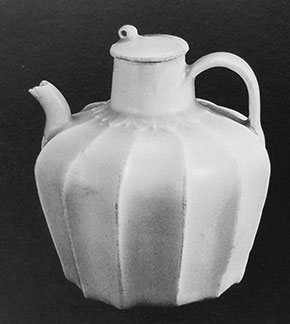