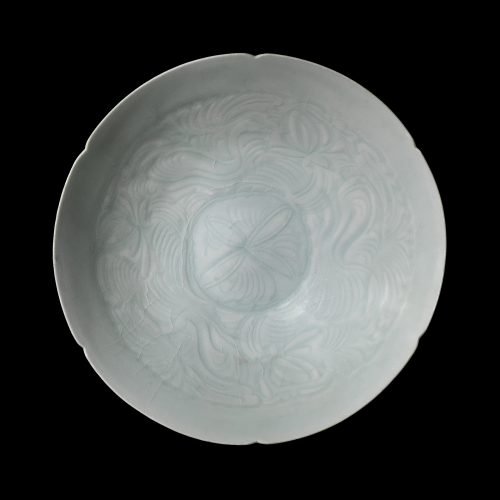 The hexafoil bowl is thinly potted and translucent, its gently rounded sides rising from a relatively high incurved foot, decorated on the interior with three loosely carved swans gliding amid lotus and waves carved and combed, encircling a schematic four-petalled floret, all beneath a bright, pale-blue glaze that also covers the plain exterior, the recessed base left unglazed and exhibiting the typical appearance of firing on a pad.

Quoting from a discussion of a yingqing conical bowl in an earlier Kaikodo Journal: “Yingqing ‘shadow blue’ wares (also known as qingbai ‘bluish-white’) were living a rich and full life in the south parallel to that of the white wares of the north from the 10th century onward and well into the Yuan dynasty. The geologic idiosyncrasies of the northern Jiangxi region where the most important kilns were located….. prompted the creation of a white ware, which at heart and soul, in its bones and body, was essentially different from that of the north. The fragile almost crystalline quality of the porcelanous bodies and their searing whiteness, and the diagnostic blue overcast of the glazes, were not only gifts of Jingdezhen’s natural resources but of a concentration of talented and adventuresome craftsmen as well. The paring of the walls of bowls… resulted in a lightness and transparency unprecedented at that time in the world of ceramics. The grace of form produced by the light notching of the rim was perhaps an aesthetic benefit from a technical necessity. The cutting into the rim relieved stress during firing and the warping that could easily occur.”1

Add to that a fluently carved and very rare design of swans, though in a familiar environment of a lotus pond, all flowing easily and expertly from the hand of the decorator, and one has a treasure of the Song period from Jingdezhen quite worthy of any discriminating elite. 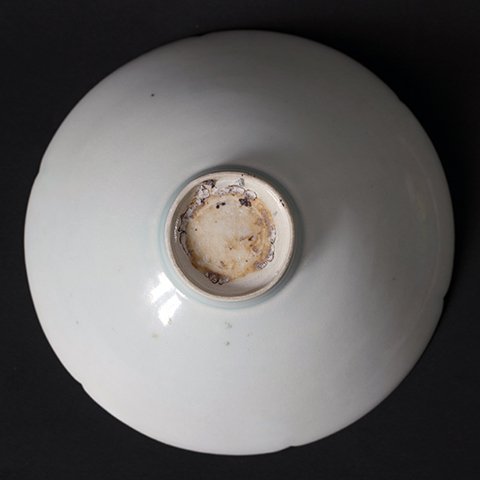 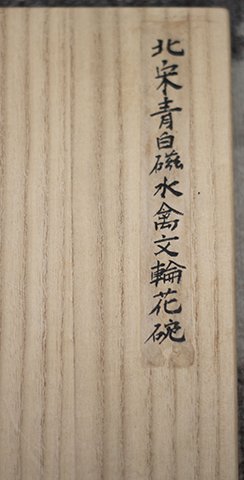