Inscription:
“One day before the fifth day of the fifth month in the year 1840, painted in the
Gyokuzen Charyō (‘Jade Meditation Teahouse’) by Baiitsu Ryō.”

The fifth day of the fifth month is the day of the Dragon-boat Festival, a time for celebration, for leaving the confines of the city and visiting famous places in the countryside. On this occasion in 1840 the famous painter Baiitsu went to Yuji, located a bit south-east of Kyoto, viewed the temple, retired to a tea-house, and brushed this most evocative image of the site. In 1698 a large fire had ruined the walls and doors of the temple, so Baiitsu provided a distant view, concentrating on the pine-filled environment of the temple, which is clearly identified by the two phoenix acroteria appended to each end of the roof.

Located on the west bank of the Ujj River, the Byōdō-in was originally an aristocratic villa, built in 998, that was converted to a temple in 1052. The Phoenix Hall, seen here, was established the following year as the Amida Hall to enshrine a statue of that deity.

Baiitsu (1783-1856) was born in Nagoya but lived for many years in Kyoto, where he became regarded as one of the finest Nanga painters in the city. His work here captures in an impressionistic manner an image of the temple as seen from a distance, with atmospheric perspective blurring the outlines of some forms and gradations of ink creating a convincing pictorial recession from near too far. The result is a painting that truly evokes what one would have seen on approaching the Byōdō-in one day before the Dragon-boat Festival of the year 1840. 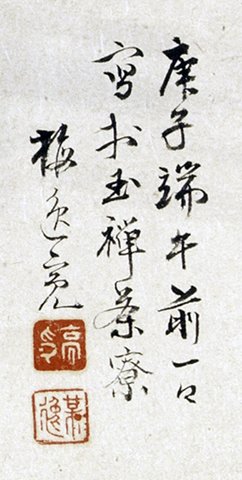 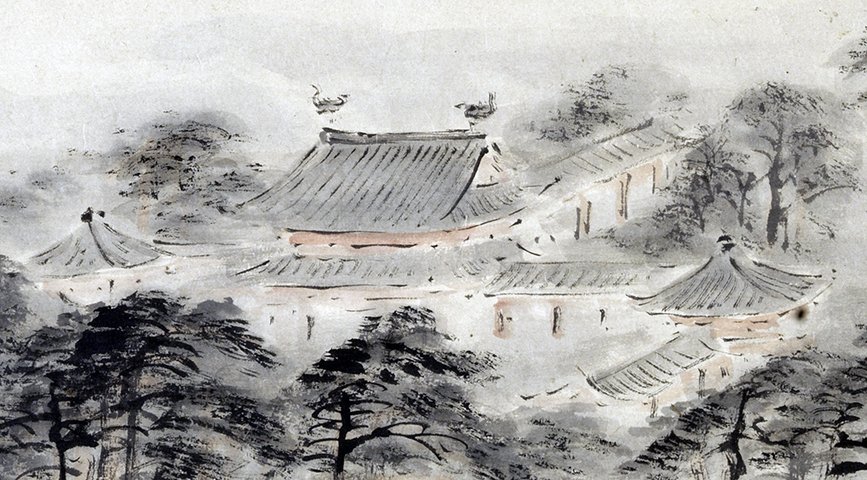 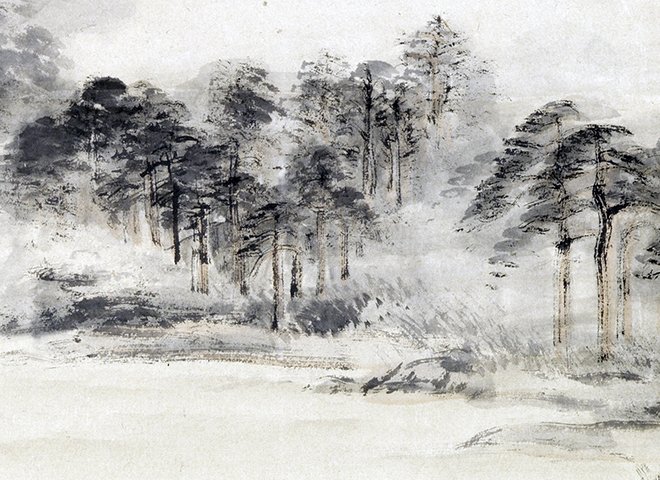