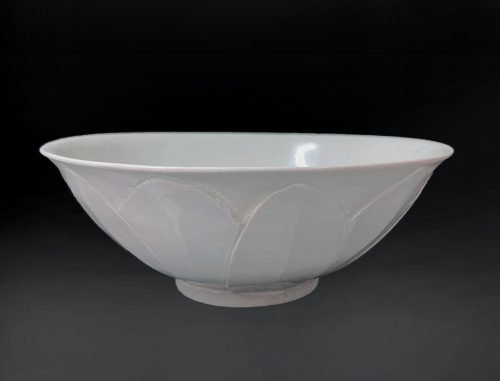 Although the bowl exhibits a warm translucency, the walls were potted thickly enough to allow for the carving in relief of the twelve overlapping upright lotus petals covering the exterior of the bowl, from foot to the slightly everted lip rim. The appearance of such lotus petals appears prevalent among early Song white-ware decoration in north and south alike, kilns in Guangdong and Hebei providing numerous examples of this decorative device (figs. 1-5). This effective embellishment reflects the persistence of earlier metalwork influence on Song-dynasty ceramic art and in the early Song was, in fact, often the exclusive decoration on such ware.

The bevelled foot of the bowl (with drill holes left from a TL test) is relatively thick and surrounds the sunken unglazed base where the refined white-colored body is visible. The clear colorless glaze is smooth and bright. In certain areas, for example, in the line or crevice where the foot meets the body, there is a tinge of blue, reminiscent of the bluish cast of some Xing ware ceramics produced in Hebei during the Tang period.

While visually akin to the Guangdong wares, whose bodies are, however, normally coarse in nature and with rather milky somewhat greyish-colored glazes, the present white-bodied bowl with its clear colorless glaze, is more akin to the wares produced in the north, during the Northern Song period. 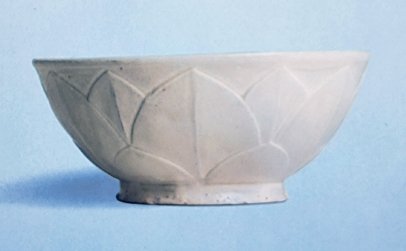 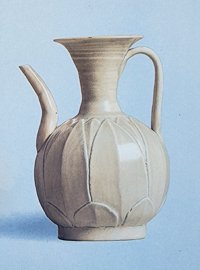 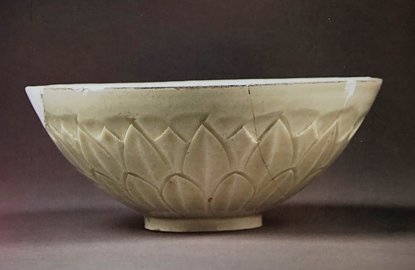 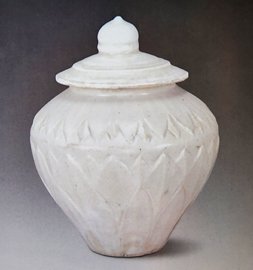 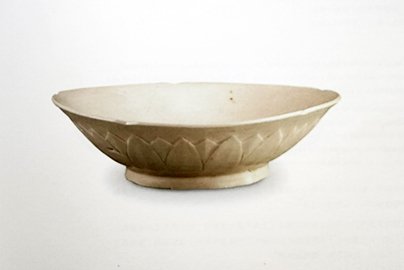