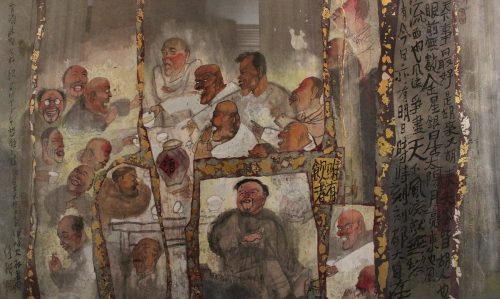 Wang Jia’nan (b. 1955)
Wang Jia’nan was born in 1955 in the northern Chinese city of Harbin. At the age of twenty-three he entered the Central Academy of Fine Arts in Beijing and graduated in 1982. Wang then founded the first post-Cultural Revolution independent professional art studio in Beijing, subsequently completing many commissions for public and private works of art. In 1987 he moved to London, joined the following year by his wife, the artist Cai Xiaoli. The two artists have participated in many single, joint and group exhibitions in England, throughout the European continent and Japan, and at Kaikodo in New York in 1999.