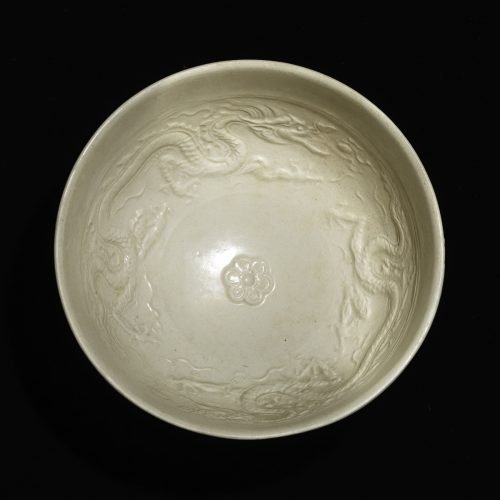 Of deep form supported on a slightly incurved high foot, the thin eggshell-like walls rise to a graceful everted rim. The decoration on the interior consists of two dragons skillfully molded in relatively high relief pursuing flaming pearls around a central raised six-petaled floret. The greatly elongated sinuous bodies, massed with scales and undulating from the arched necks to the swinging tails, are given further dynamism by flame-like manes racing above their spines. The dragons are propelled forward by clearly articulated four-clawed feet against a sky dotted with floating wisps of clouds. The heads are intricately formed with wide-open mouths revealing sharp teeth. The bowl is covered inside and out with a matte ivory-coloured glaze with some glossiness on the interior and only a thin layer swiped on the base. The fine white body is visible on the unglazed foot rim.

This bowl instantly brings to the minds of Chinese ceramic specialists the celebrated white wares China. And well it should. The complex flavor of the present bowl has accents dating to the 12th-century imperially sanctioned Ding ware of the Northern Song period and of “southern Ding” wares produced at Jingdezhen during the 12th-13th century (figs. 1-2). The most immediate donors, however, to the Vietnamese white ceramic family were the 14th-century shufu and shufu-type wares of the Mongol Yuan dynasty (fig. 3) while its soul mates were the breathtaking white wares of the early 15th-century Ming dynasty (fig. 4). What sets this bowl and others of its class apart from these predecessors, however, is a conspicuous and distinctive profile and high-footed form and furthermore the ceramic bodies of Vietnamese white wares, which, although sometimes fired to a resonant hardness, are classified as stonewares, distinct from the porcelanous and porcelain bodies of the Chinese wares.

Frequent tribute and commercial missions between the two countries provided the Vietnamese with access to Chinese white wares primarily from Jiangxi, Guangdong, and Fujian provinces, and influence from Jingdezhen’s “southern Ding” and shufu-type wares was for certain in play by the 14th century (fig. 5). And, quite interestingly, the Mongol court was a recipient of Vietnamese white ceramic bowls sent to Beijing as gifts or tribute, an association between Vietnam and China that continued to obtain between the Ly and Ming dynasties in the 15th century. A white Vietnamese bowl produced at that time and closely related to the present stylistically, albeit with phoenix motifs in place of the dragons here, is thought to have been tribute from Vietnamese royalty to the Ming imperial court (fig. 6).1 Eventually the vessel became part of the Qing imperial collection where, in 1783, the Qianlong emperor had a poem by the Tang tea aficionado Lu Yu inscribed on its base. A Neolithic jade bi disk was paired with the bowl, serving as a stand, and bearing the same inscription as the bowl, the set presently in the National Palace Museum in Taipei. This is but one example of the dynamic migration of styles and the wares themselves that occurred in the world of Asian ceramics with significance ranging from international relations and commerce to creativity.

The present bowl was found in Sulawesi several decades ago and held dear by a dealer in Jakarta until recent times when it was brought to Japan where Kaikodo acquired it. A number of similar white bowls with molded floral décor were discovered among the cargo of a sunken vessel discovered near Cu Lao Cham island, near the coastal market town of Hoi-an, and a symbol today of Vietnam’s period of great international trade in the 15th and 16th centuries (figs. 7-8). The bowls from the wreck have a distinctive look, the walls of the receptacles each with the same curve ending in an outturned mouth, along with unusually tall feet.2 The present dragon-decorated bowl, however, is outstanding among the published examples known to us, which are almost exclusively decorated with floral designs—the National Palace Museum bowl with its floral and phoenix decor being an exception. While excavating the imperial citadel, Thang Long, it was reported that the archaeologists found a dragon-decorated bowl in which the dragons each had five claws. The torsos of the dragons, however, are quite distinct from the dragons represented in Chinese arts and crafts but are closely related to those appearing in 15th-16th century Vietnamese ceramics with painted décor (figs. 9). The diagrammatic, double humps of their bodies, like geometric or abstract designs, along with the dramatically splayed claws, are most telling. As is their want, there is always something in the creations of the Vietnamese potters regardless of the influences, the mimicking or the recreations, that belongs to them, a kind of signature, and with the bowl here, it is the dragons.

1. The bowl has been thought by some over time to be either an example of Ding ware or a bowl produced in China during the Yongle period. 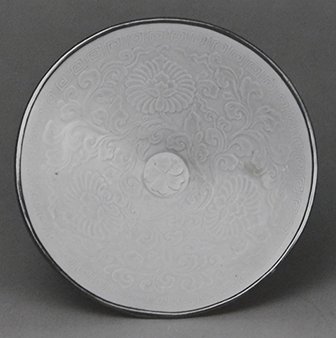 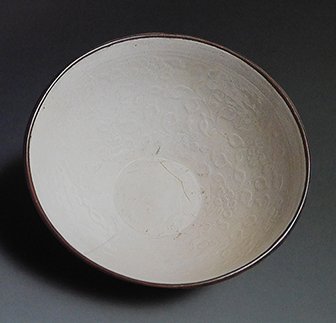 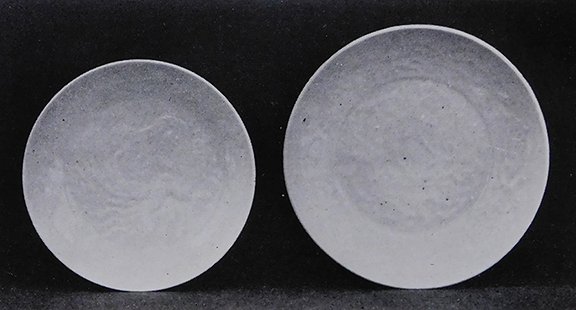 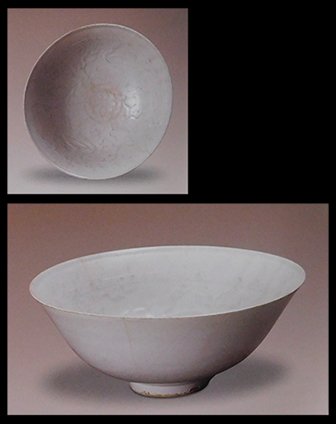 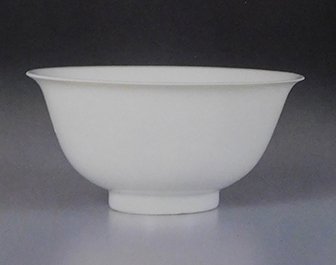 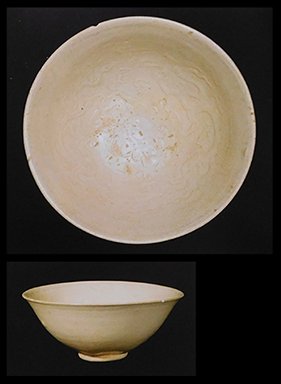 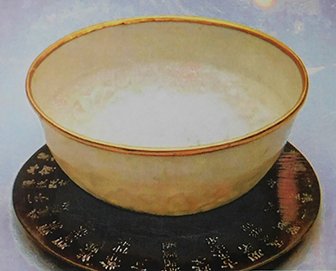 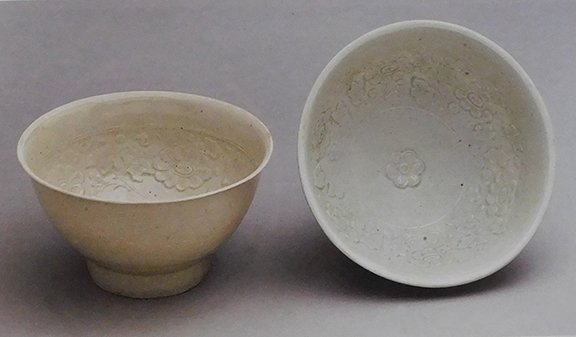 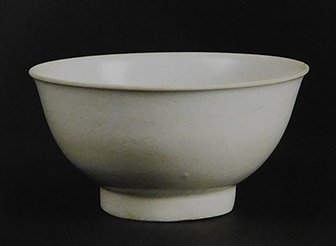 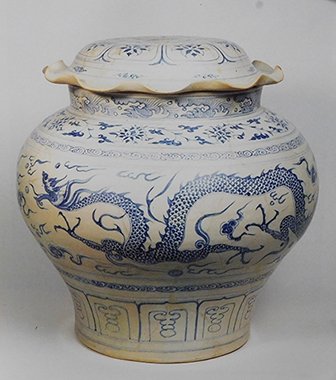