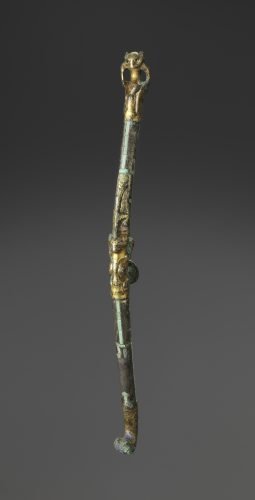 An unusual feature of the present garment hook is the image of a bear, one perched upright on the end opposite the dragon-head hook, the other on its haunches in the midsection of the shaft, early manifestations of a beast that would become quite prevalent in arts of the subsequent Han period, imbued with unprecedented symbolic, spiritual and totemic importance. Gilding combines here with silver and turquoise inlay on the bronze base to produce an accoutrement conveying affluence and elegance.

The Hosokawa provenance adds further luster to the object. The clan traces its ancestry to a ninth-century emperor, its line continuing unbroken through the centuries, becoming among the greatest and wealthiest of the daimyo families of later Japan, and the modern-day heads of the clan, in our own lifetimes, dedicated collectors and the current head of the clan an artist-potter in his own right. 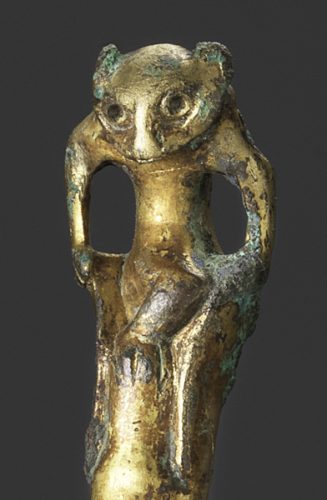