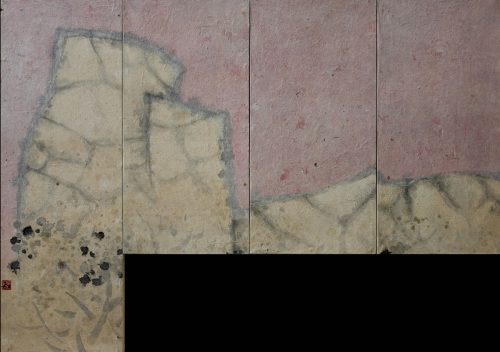 Tseng Yuho (Betty Ecke) (b. 1925)
Born in Beijing in 1925, Tseng Yuho had a privileged upbringing, studying painting from an early age with an imperial prince and matriculating at Furen University, graduating in 1942. She engaged in post-graduate work in Chinese classical poetry and art history at Furen, Beijing National, and National Central Universities. In 1945 she married Gustav Ecke, professor at Furen and a specialist in Chinese culture and art, particularly distinguishing himself for his work in Chinese furniture. The couple moved to Hong Kong and then Honolulu in 1949 as permanent residents as a result of China’s political turmoil. Gustav served as curator of the Honolulu Academy of Arts. After his death in 1971, Betty received a PhD in 1972 from Fine Arts Institute at New York University, and Betty and continued a teaching career that had begun in Beijing years earlier, teaching at the University of Hawaii until her retirement in 1986. Early on she had one-woman shows in Beijing, London, and New York City and over these decades developed her own distinctive and ever-experimental style of painting.