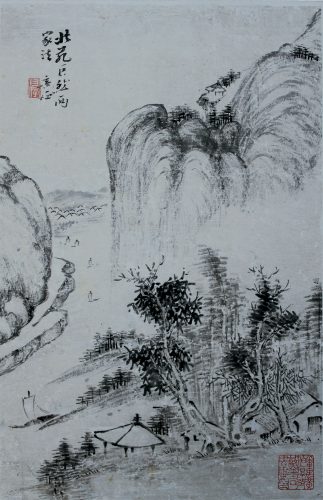 The birth and death dates of the monk Shang- jui are not recorded in standard sources and the evidence provided by inscriptions on his paintings is contradictory. One recorded painting bears a colophon by Kung Hsien (1619-1689) and its date thus must be understood as 1671 rather than a cycle of sixty years later, 1731. A seal of Shang-jui appears on a painting by Kung dated to 1688, so the relationship would seem to have continued for some time. The 1671 painting, the earliest yet known, is followed by a relatively consistent sequence of dated works that extends to the year 1729, which might suggest his death about that year and, fur ther, a bir thdate of about 1650, yielding a reasonable life-span of about eighty years. However, a figure-in-landscape painting done in the manner of Chou Ch’en, now in the Liaoning Provincial Museum, is dated to either 1672 or 1732 and, further, bears a notation that it was painted at the age of seventy-one, yielding a birth date of either 1601—too early to accord with the bulk of Shang-jui’s paintings—or 1661, which would mean that the 1671 painting was produced at age ten, not impossible but also not very likely. At present, then, it would seem best to suggest that Shang-jui lived from about 1650 to around 1729 or later.

What is certain about the life of Shang-jui is that he was a direct disciple of Wang Hui (1632- 1717), who was born, like Shang-jui, in the area of Suchou in Kiangsu province. Wang was in Peking in 1690 to work on the Nan-hsun T’u project intended to illustrate the K’ang-hsi emperor’s journey to the south, and it is possible that Shang- jui accompanied Wang as did Yang Chin and Ku Fang; however, Shang-jui’s time in the capital was cut short by illness, and he returned home to the Tung-ch’an Temple, where he continued to paint and to write poetry in company with friends. 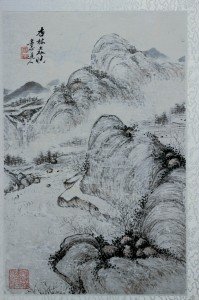 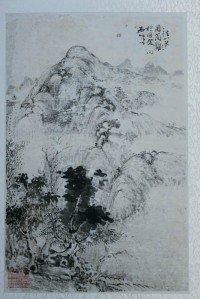 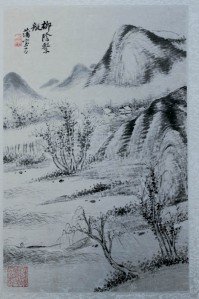