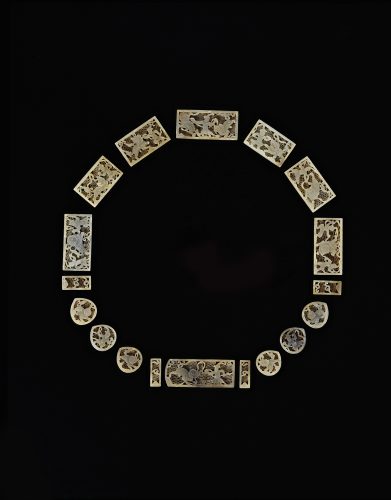 The plaques were cut from jade ranging in color from pale green to grey to white and were carved with jocular male figures and frolicsome lions against openwork lattice grounds. The fellows wear pantaloons, tall boots and wide-brimmed hats and are joined to their feline companions with streaming sashes. The facial features of man and beast alike, their clothing and furry coats, and their limbs are rendered in minute detail. Each plaque has a raised edge the same depth of the figures providing a frame for the scenes. and we know from archaeological evidence that leather was used as a backing for the decorative and, in some cases, symbolic plaques.

The Tang Emperor Gaozi (A.D. 618-670) established regulations pertaining to such elaborate belts, permitting their use exclusively to princes and nobles, state ministers, and generals above the second rank, instituting a fashion among this elite that was to be continuous and very long-lived.[1] And, while lions appeared in jade-belt design of the Tang, by the Yuan dynasty, the period of the present plaques, the lion motif was reserved for the belts of military officials.

We can identify what appear to be jade belts completing the outfits of celebratory figures depicted in temple murals from the Yuan dynasty, even if details of the designs are not depicted nor legible (fig. 1). The actual human figures shown on the jade plaques—their demeanors, facial expressions and dress—seem like miniature renditions of the vibrant musicians and dancers on the large bricks decorating the splendid 13th-century tomb at Jiaozuo in Henan province (fig. 2). And even in such details as the almost microscopic latticework grounds, the jades show themselves clearly as of the period, comparable for example to openwork ceramics and lacquer diaper patterns of the period. Comparable jade plaques include those at the National Palace Museum in Taipei (fig. 3) and the Palace Museum in Beijing (fig. 4). 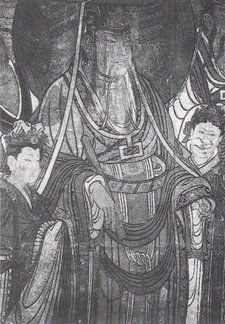 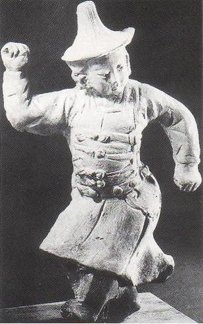 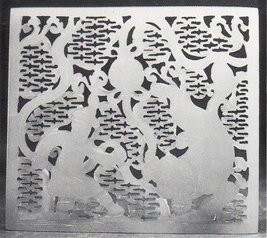 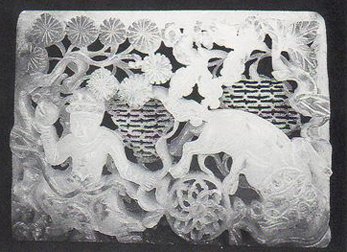