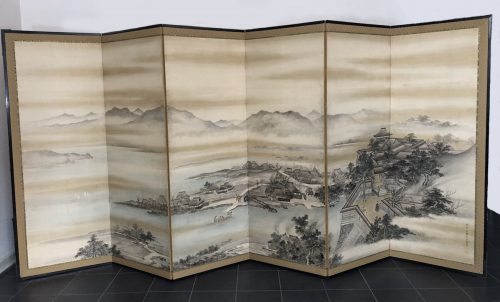 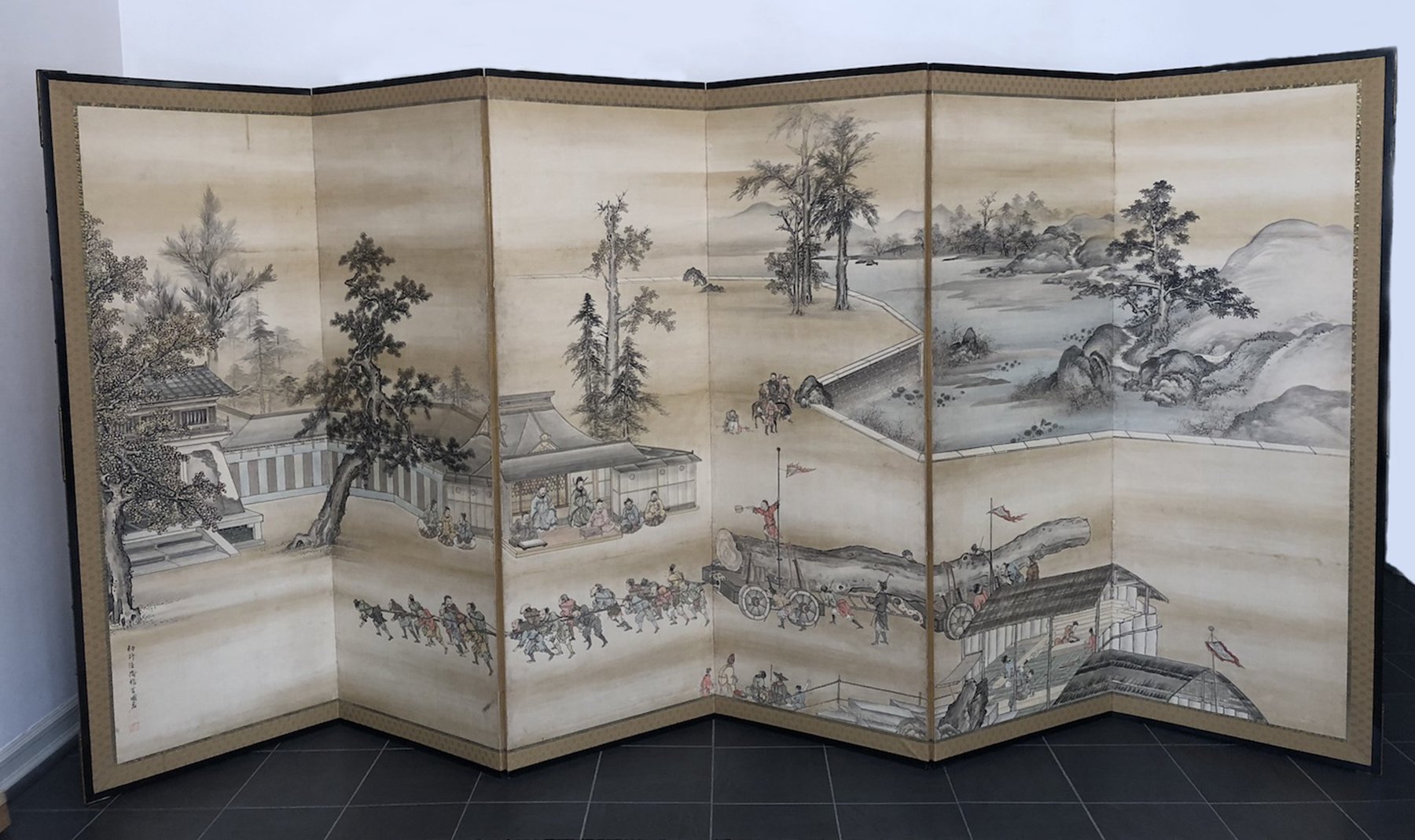 In the right-hand screen a Japanese castle dominates the landscape, built high on stone ramparts located strategically next to a wide river. Multiple rooftops suggest the numerous structures comprising the grandiose palatial compound that is protected by high walls and a massive earthy mound covered with trees. The most prominent figure within this complex is a gentleman with a child by his side, his importance indicated by the three figures bowing in obeisance at his approach. The castle looks down upon a village of thatched domiciles where smoke can be seen rising from cooking fires, farmlands in close proximity, a range of mountains in the far distance, and fishing boats plying the river near and far, all contributing to the sense of calm, productivity, and good order which are the results of good governing by the ruler.

The left-hand screen features another castle, this with tiled roof indicating a Chinese source for the subject. In front of low buildings at one far end of the castle grounds is a construction site with workers preparing timbers with tools either in hand or laid out next to them. A group of nineteen workers is seen dragging an immense log that has been hoisted on wheels, the activity directed by the foreman sitting atop the log. A number of courtly individuals are seated on a wide porch watching the progress of the work, dressed in Chinese garb and headgear in contrast to the Japanese style of the sister screen, and sporting long mustaches, again in contrast to the hairless faces of the Japanese. A variety of stately trees soars over the scene and to the right a path wends its way through a gentle riverscape.

Given the obvious pairing of Japan and China here, it is tempting to seek further differences based on putative identifications of the scenes. For example, when Emperor Nintoku looked down from a high building, he noted that no smoke was rising from people’s stoves; realizing that they were suffering and not even able to afford to cook, he stopped taxing them. Three years later he looked again and saw smoke everywhere, just as depicted here. Turning to the screen on the left, Kano-school painters, such as the present artist, who found inspiration in Chinese styles and subjects, often portrayed the deeds of emperor Qin Shihuang, including the building of the Afang palace, the landscape on the right perhaps the Shanglin Garden where the palace was built. The wood for its construction was brought in from Sichuan, Hunan, and Hubei provinces. Hong Mai of the Southern Song period, in his Rongzhai sanbi, noted that each giant log was carried by 2000 people, presumably prisoners, using wooden wheels to facilitate transport. Depicting this treatment of human folk, who appear struggling and stressed at their task, would seem to be an effort to contrast Qin Shihuangdi with the benevolent Japanese emperor. Whether or not this was the intention of the artist, each screen is not only well-composed and well-executed, but also suggestive of what the privileged, wherever they might dwell and whatever was in their hearts, were able to possess and achieve.

Sano Yoshiharu, called Ryuun, was a member of the venerable Minamoto clan, as proclaimed by one of the seals used here. He was later promoted from hokkyō to hōgen, “eye of the law,” which was the second honorary rank used by priests and artists. 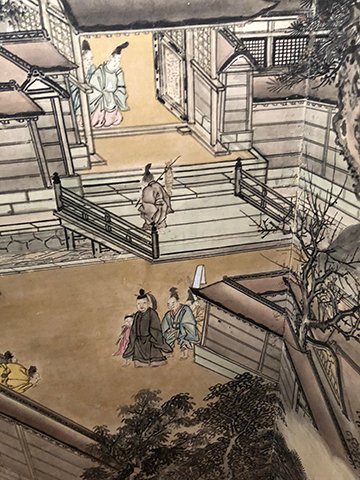 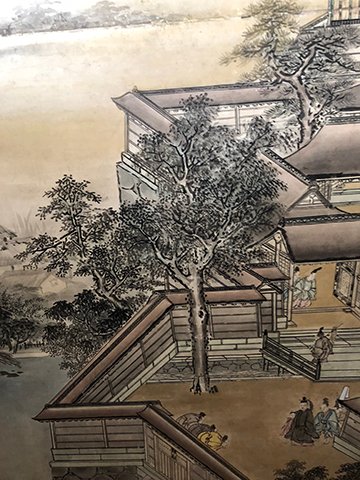 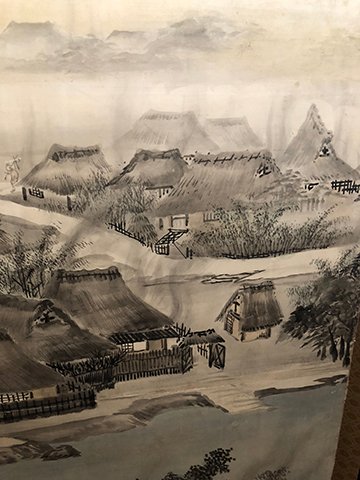 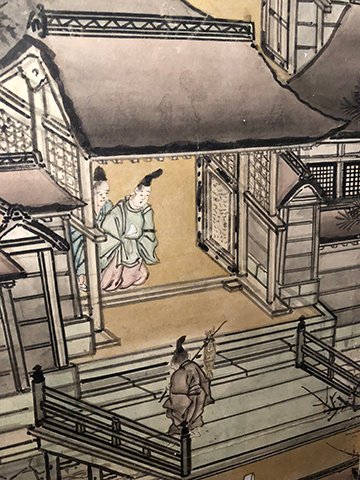 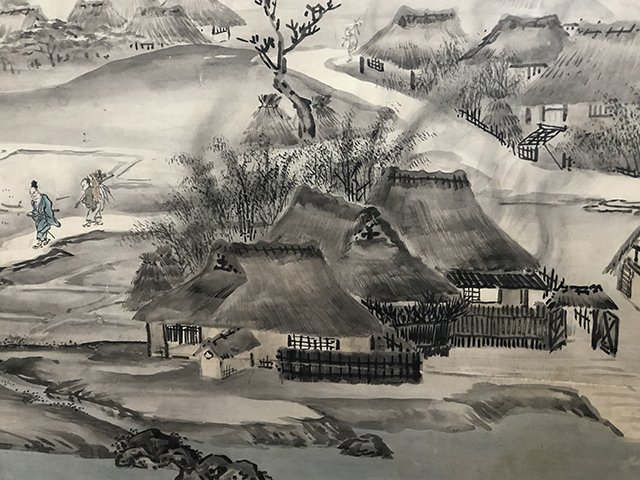 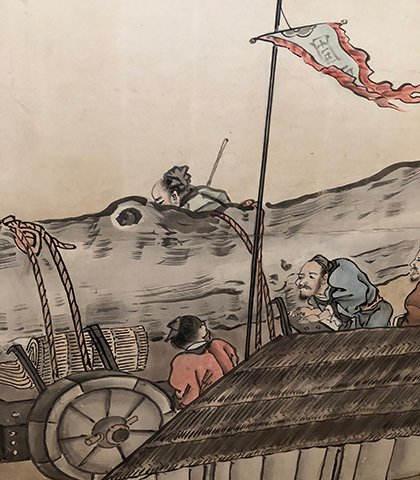 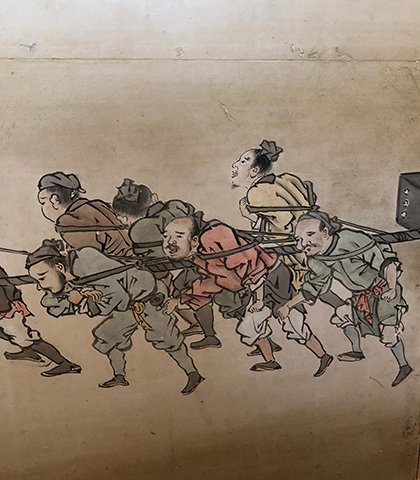 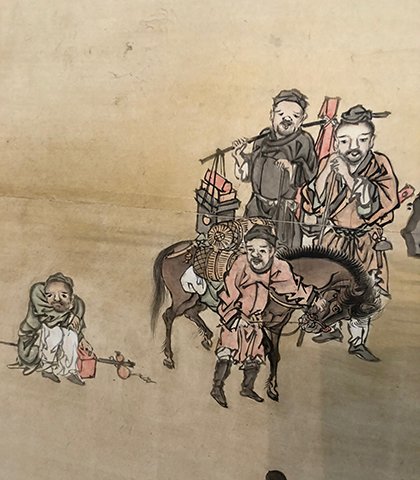 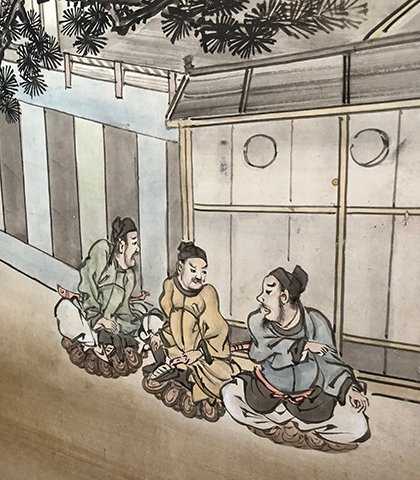 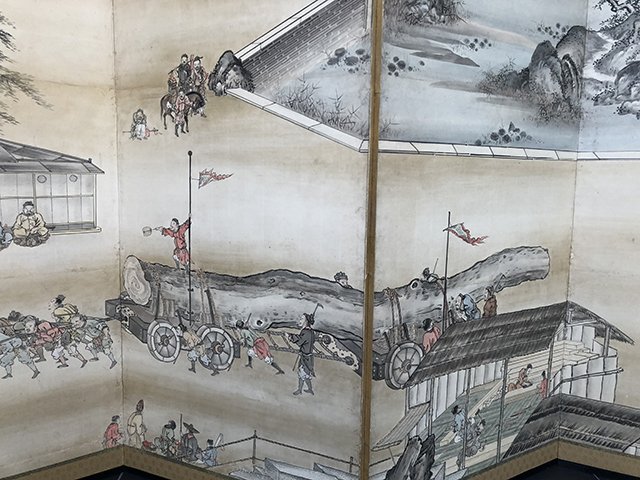 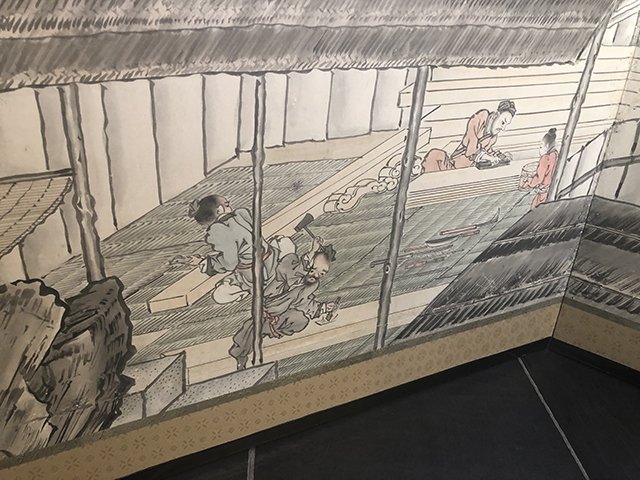