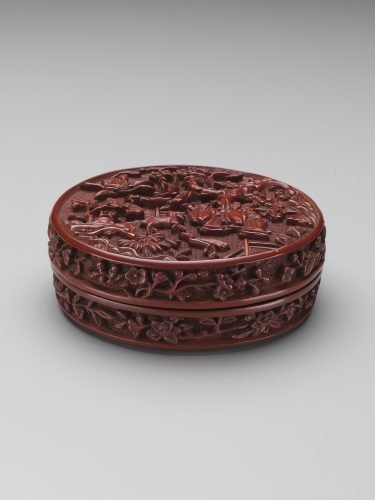 This lacquer box, the red lacquer applied over what appears to be a metal core or base, is fully carved not only on its lid and sides but also on its base; a very closely related example is in the collection of the Palace Museum in Beijing (figs. 1-2). Each of these rare circular boxes is decorated with a figural scene depicting a Daoist theme on its circular lid and both are decorated with quite naturalistic bird-and-flower representations on their bases and similar floral scrolls on their sides.

In the decoration of the present box a number of figures including the head of the Daoist pantheon, Shou Lao, await the arrival of an immortal floating gently overhead on a crane. Another crane along with a deer, symbols of longevity, join the scene which is staged in a garden of fantastic rocks and luxuriant foliage, popular subjects and motifs during the sixteenth-century Ming-dynasty reign of the Jiajing emperor (1522-1566) and his successors. The classical subject of the Palace Museum piece is “Laozi Going Through the Pass” (depicting the father of Daoism about to exit his homeland on the back of an ox, his teachings contained in the scroll carried by one of his companions). Deep relief carving and a ground filled to capacity are characteristic of both pieces and of mid-Ming carved lacquer wares in general. Not only would the superb workmanship on this lacquer box be a plus for the scholar-gentleman but the Daoist theme itself would have been a welcome one.

View of top and base: 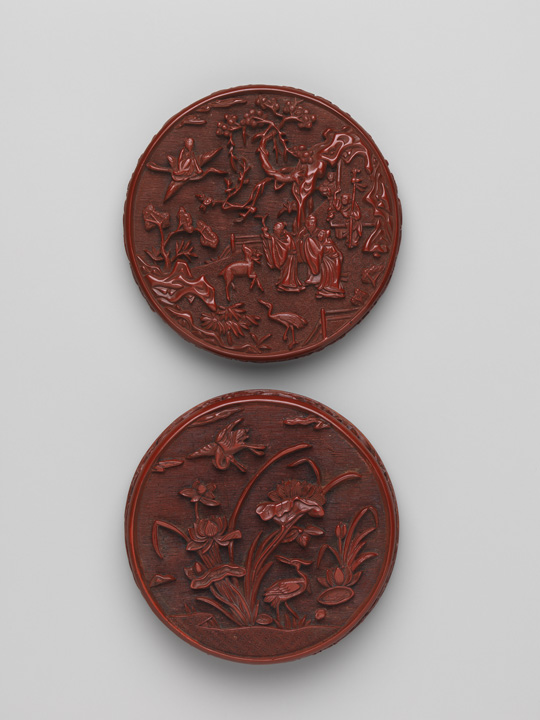 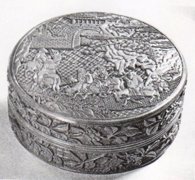 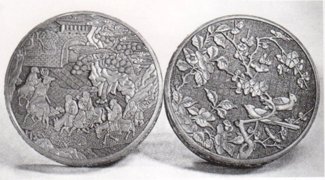