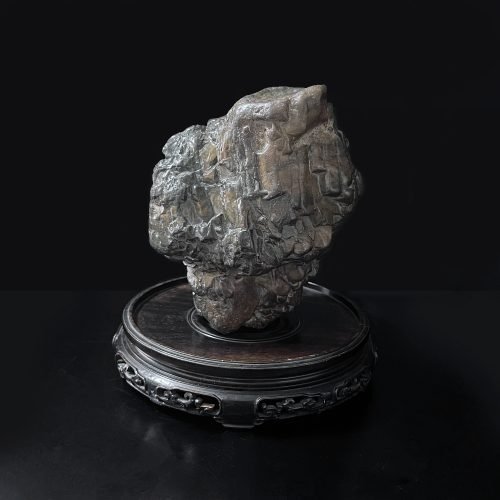 The relatively small rock is a dense very weighty limestone, whose shape reminded us of the renditions of the Red Cliff in paintings imaging Su Shi’s excursion described in his fu or prose-poem, the Chibifu. The reddish-brown color of this stone reinforced this association in our imaginations and it therefore seemed logical and appropriate to end the exhibition, which began with a Red Cliff painting, with this three-dimensional embodiment of the theme.

Most intriguing and unusual in the stone’s appearance are the layered, angular outcroppings, almost like pyrite crystals yet at the same time reminiscent of sedimentary stones compressed and compacted, appearing like a miniaturized sandstone cliff. The gleaming surfaces of the multiple facets, however, polished by Nature, transform the rock into a veritable jewel, worthy of a special place on a scholar’s desk. 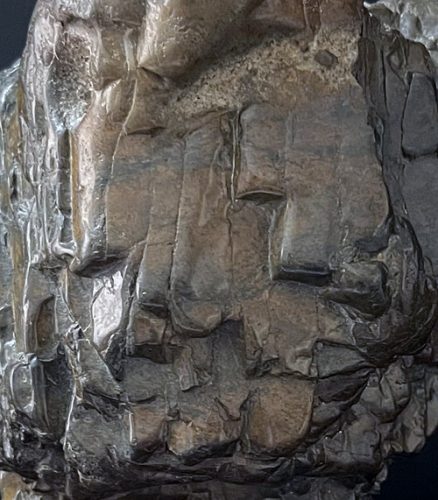