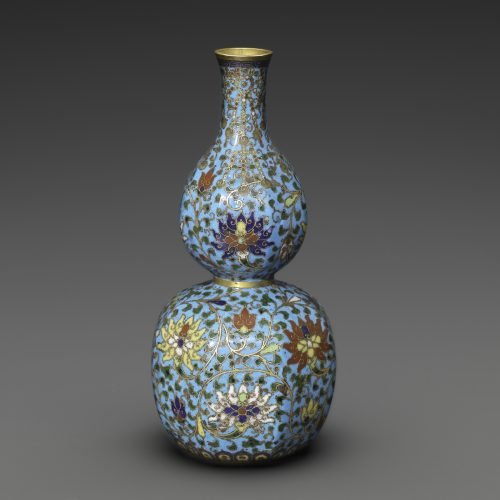 The gourd-shaped vessel is like a jewel, gleaming with the intense colors of the enamels that completely cover its surface: brilliant ultramarine blue, deep golden yellow, leaf and lime greens, ruby red, and touches of pink enclosed within frames of slender, meandering gold wires embedded in a turquoise ground. The floral images and the wreaths of leaves surrounding them have navigated from naturalistic scenes towards more emblematic displays and along with the presence of a pink hue suggest an early Qing date of production for the bottle. The attenuated upper and lower globular bulbs of the gourd-shaped vessel are subtly faceted, producing an octagonal form and contributing to the richness and complexity of the vessel. And yet it is reserved and unassuming in a world otherwise populated by monumental, show-stealing cloisonné products.

The origins of cloisonné can be traced to ancient Egypt, reaching China by way of the Byzantine world during the Mongol rule in China in the late 13th-14th century. It was not until the early Ming period in the 15th century, however, that the creation and production of cloisonné became mainstream among Chinese arts and crafts, its world burgeoning during the subsequent Qing dynasty, when the present vessel was produced. 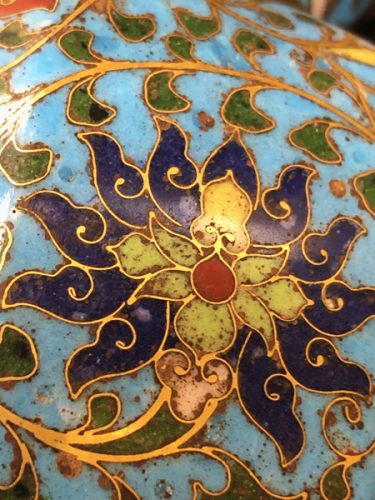