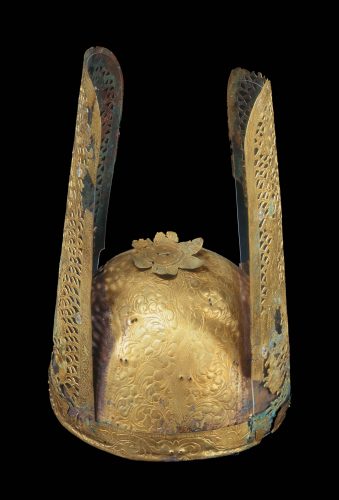 The Liao nobility went richly into the afterlife, their privileged lives easily transitioning to the tomb and netherworld. The present gilt crown reflects the opulence of a noble Liao burial and the life that led to it. Created for a female of high status, the design appropriately features pairs of phoenix on the flamboyant upright wings flanking the domed cap. The surfaces of the birds were carefully detailed through chasing and appear silhouetted against openwork grounds of overlapping circles and scudding clouds. The smooth, unbroken metal surface of the rounded cap is decorated with chased and incised tendrils issuing a multitude of densely packed buds scrolling against a ring-punched ground. A six-petal open flower cut from thin sheet metal is attached to the top of the crown.

Liao tombs in Inner Mongolia have yielded related headdresses or crowns (figs 1-2), one illustrated here in gilt silver and the other gilt copper. Ceramics, textiles, metalwork and painting nodded to Chinese prototypes and tradition on the one hand but often expressed a powerfully indigenous spirit and creative independence as expressed in the creation of these crowns. 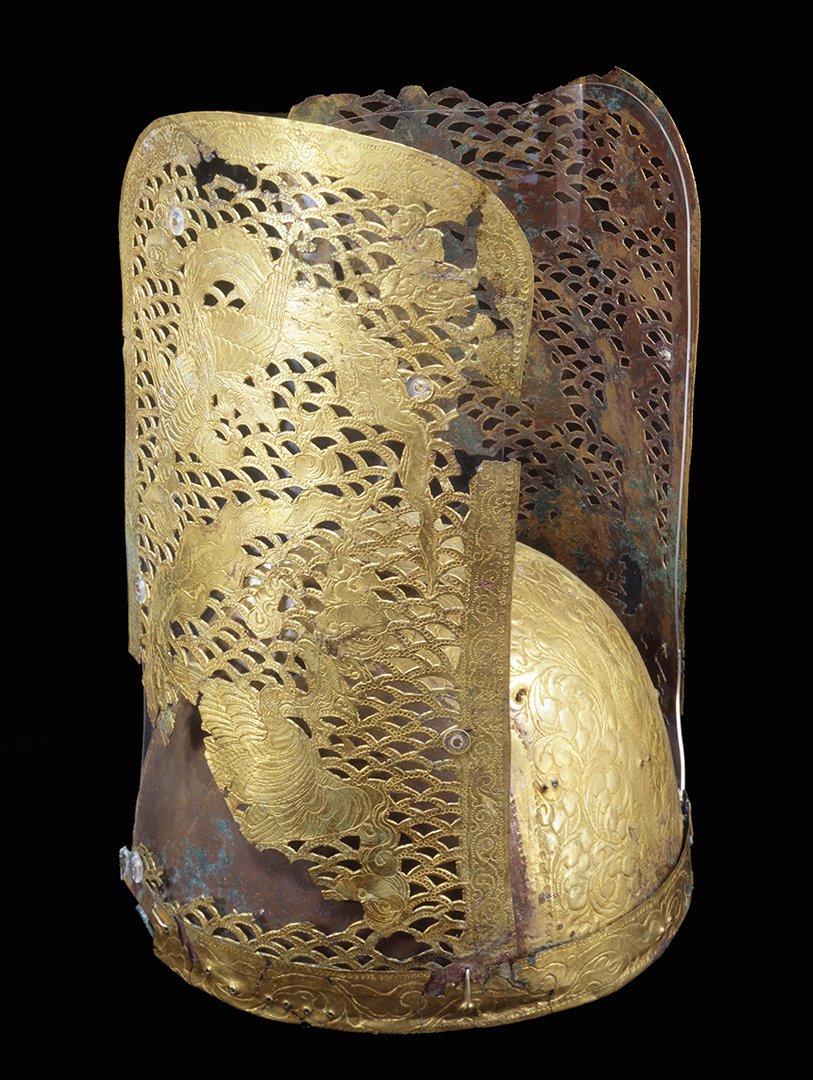 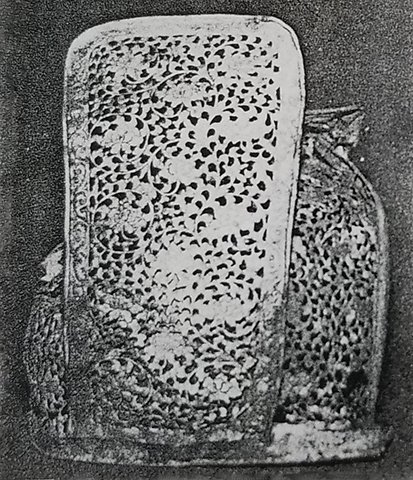 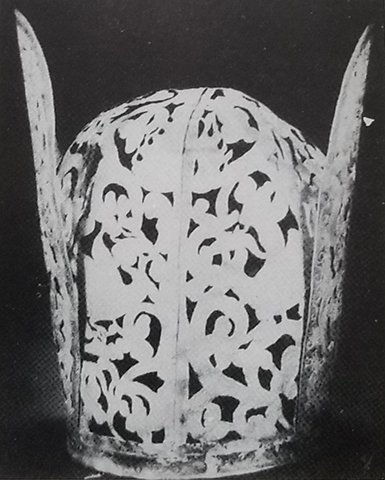