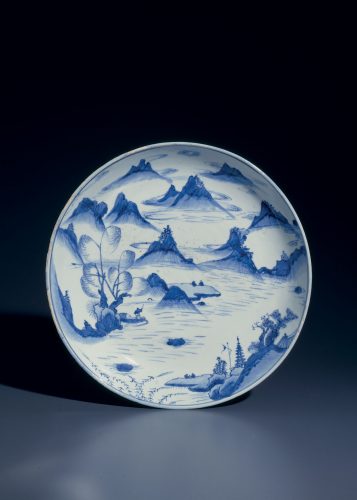 The dish is generously wide and deep with gently rounded sides, supported on a low wide foot that slants strongly inward and surrounds a slightly bowed recessed base. The white porcelain body provides ground for a cobalt-blue landscape, the spacious expanse measured in peaks rising beneath clouds and moon, climbing into the distance above a watery world of lakes and rivers where a fisherman plies his boat under tall weeping willows with gnarled trunks and gracefully draping branches, and pairs of figures sit on flat plateaus and promontories to rest and view the surroundings, where a pagoda rises nearby and a wine shop is announced by a flag hoisted on a tall pole, where juniper and pine and wild grasses grow, where small huts perch among pine or fir on mountain tops, and tiny clouds race through the skies. On the exterior walls a pair of willow branches supporting long-tailed birds descend on opposite sides from a border of multiple rings beneath the rim. A further ring of blue traces the perimeter of the base where it meets the foot and another line is painted above the foot rim. The blue is bright and vibrant, the pigment applied swiftly and with a sure hand, combining long fluid lines with short jabs of the brush, integrating expressionistic with more purely descriptive outlines, and blending fields of thin watery blue pigment with intensely deep blue washes, all under a glaze that is clear, smooth, bright and shiny. The glaze has typically flaked away from the lip rim in a number of areas and on the interior there is a scattering of particles adhering to the glaze and further grit accumulated on the foot, all characteristic of this ware.

A dish very similar to the present is now in the Idemitsu Museum of Arts in Tokyo (fig. 1) and another is in a private collection in Japan (fig. 2), and yet a third dish was once in another Japanese collection.[1] It is not surprising that these are, and were until recent times, in Japan—where the present dish was also acquired—since they were originally produced for a Japanese clientele. In fact, they are referred to almost worldwide by their Japanese name, kosometsuke, “old blue-decorated” ware. During the late Ming dynasty in the 17th century, when the production and export of this style of porcelain occurred, the Japanese were alone among the cognoscenti in appreciating a special beauty in the ware. By that time the Japanese had defined for themselves a separate aesthetic in ceramic art that attached positive value to features that are forever flaws in the eyes of the Chinese. In the present example we may see flaking of the glaze around the mouth rim—named and appreciated in Japan as mushikui, “insect-nibbled mouth.” Irregularities in shape and imperfection in glaze, and dashing, or simply slap-dash, painting were considered admirable characteristics. The ability to admire such features was the result of a revolution in taste effected by tea-ceremony aesthetes in Japan, manifested in part by their search for objects and ceramics possessed of purity, naturalness, and lack of affectation, and even of roughness and the unexpected. Japanese and Chinese artisans of course quickly began to take great pains to create these features in their goods.

Whether it was the whim of a Chinese potter to bash in the side of a vessel to produce the effect that he thought the client might like (figs. 3-4), or a suggestion from a Japanese merchant or client, particular motifs and special shapes, such as the “Mt. Fuji” dish here (fig. 5), were most likely produced to order. It is also evident that while many of these ceramics have a “one-off” feeling, they were in fact produced in some volume. Not only those of a less eccentric nature such as the present landscape dish, but even the outlandish ceramic in figure 4 is not unique.[2]

When the Japanese began producing porcelain early in the 17th century, styles imported from China had a profound influence on the development of the underglaze-blue decorated wares of the budding industry. The primitive and naive character of the early Japanese porcelains can be attributed both to the infancy of the craft in Japan and also to the models available to the potters. Among them were Chinese wares of both inferior quality and value that were widely used in China but also exported in great number, along with the “imperfect” kosometsuke wares that, ironically, were created under the auspices of the most sophisticated members of 17th-century Japanese society. It is noteworthy that the qualities of simplicity and awkwardness, naturalness and spontaneity that the Japanese tea masters so valued and wished to be embodied in their ceramic implements, also had roots deep in China’s own artistic heritage. However, these characteristics are to be found primarily in painting—from the stark landscapes of Wang Wei of the Tang dynasty, to the wild spontaneity of the Chan Buddhist painters of the Song, to the brittle simplicity of the paintings of Ni Zan during the late Yuan dynasty. Certain of these qualities are indeed intentionally manifest in Chinese ceramics, but only in the late Ming products for Japan. 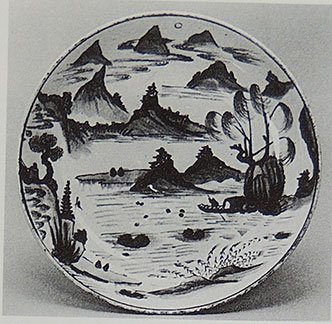 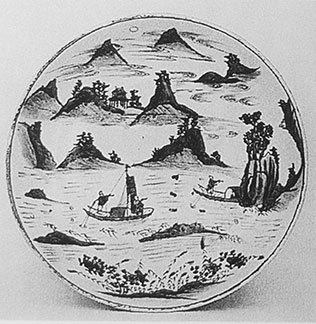 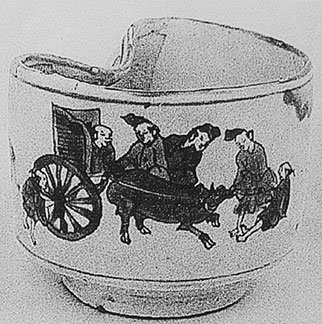 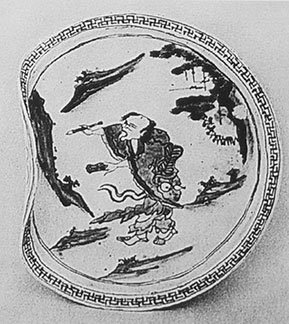 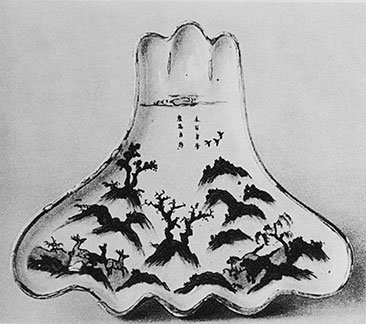