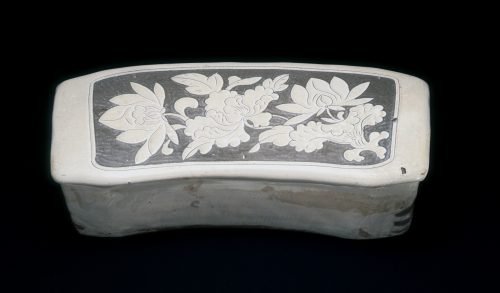 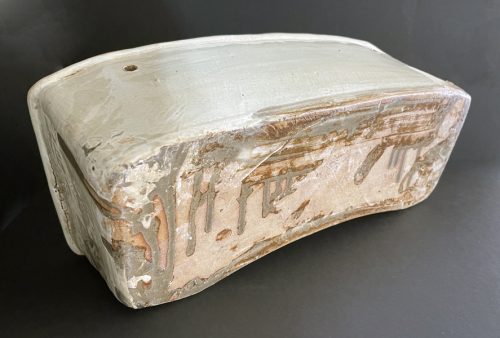 This unusually large pillow is an elongated rectangular form with a flat base and rounded edges that give the otherwise imposing form a somewhat soft, inviting look. A creamy white-colored slip was applied to the headrest and four sides, sparing the base, and after the decoration was produced by scraping away areas of slip, the surface was covered with a glaze that fired to a clear colorless coating with a bright, smooth surface. These features are standard for a broad category of Cizhou type pillows produced during the Jin and Yuan periods in northern China while the appearance of the flat base is also familiar: slip and glaze dripping and spattering in an accidental fashion across the surface. The body of the pillow is a greyish-colored stoneware, the exposed areas burning light-reddish buff when fired. Two holes were punched through the back wall of the pillow, necessary for successfully firing such a monumental piece.

The decor was produced in a fashion normal for such wares. Large swathes of slip were scraped away exposing the body that serves as a background for the white-slip blossoms and leaves that were left behind, their surfaces incised with a sharp point to create the necessary details and enhancements. Two large lotus blossoms, each with a characteristic leaf, flank the central peony. It has been suggested that such large pillows might have been used as conjugal pillows and here the lotus and peony combine to form a strong symbolic support, the lotus purity of soul; the peony the wealth of person.

The pillow was likely produced in Shanxi province, the kiln at Jinnan being the most important source of related pillows. A number of these pillows are quite large and sturdily constructed, generally rectangular in shape, a bit slipshod in the application of slip on the sides of the pillows as evident also in the present, bold and large scale sgraffiato designs, and unconventional designs as well (figs. 1-4). 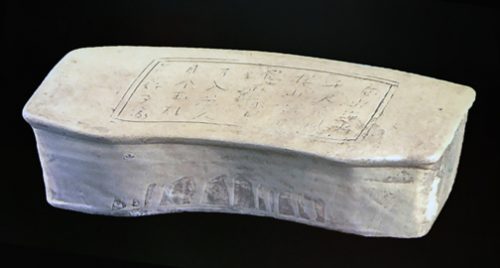 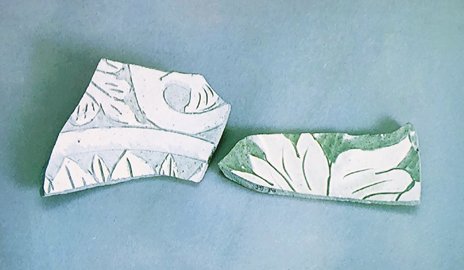 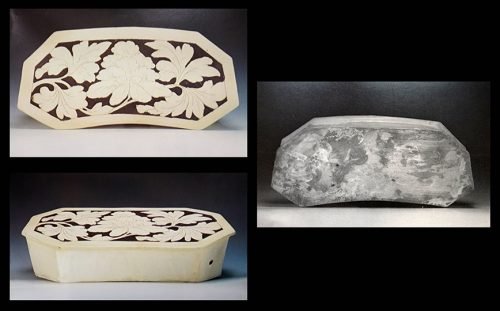