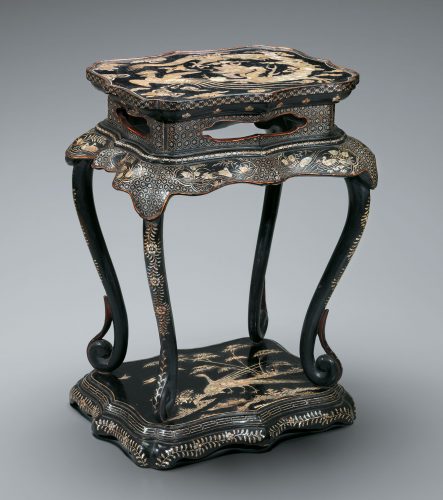 The lacquer stand, of blackish-brown color and crackling in certain areas, is comprised of an elongated quatrefoil-shaped top with lipped edge, indented waist and a curvilinear apron flaring below, slender curved legs terminating in upturned scrolled feet resting on a base shaped to mirror the quatrefoil top of the stand. Elaborately inlaid throughout with strikingly bold mother-of-pearl designs, the top surface is decorated with a four-clawed dragon grasping a pearl in one claw, swooping through a sky filled with elaborate clouds, its robust tail with sharp spines fanning out at the end swinging high above, the dragon racing towards a phoenix, the bird’s long ribbony tail feathers curving under the dragon and its head turned back to regard the rambunctious beast. The sharp scales of the reptile and soft plumage of the bird are clearly evoked through the rich inlay. The edge of the top of the stand is decorated with a diamond pattern dotted with four-petalled flowers and single blossoms widely spaced below. A complex diaper pattern of interlocked circles forming frames for six-petalled blossoms decorates the waist, which is pierced with a quatrefoil on each side. Each side of the apron is decorated with two ogival panels, each containing either pairs or lone ducks swimming in grassy ponds, all against hexagonal floral diaper patterns. The ‘S’curved legs are decorated with leafy floral vines and the base with a pair of long tailed pheasants–continuing the theme of marital bliss established by the paired ducks–in a landscape of bamboo and foliage with songbirds in flight above. Bands of fret and leafy floral vines adorn the stepped base. 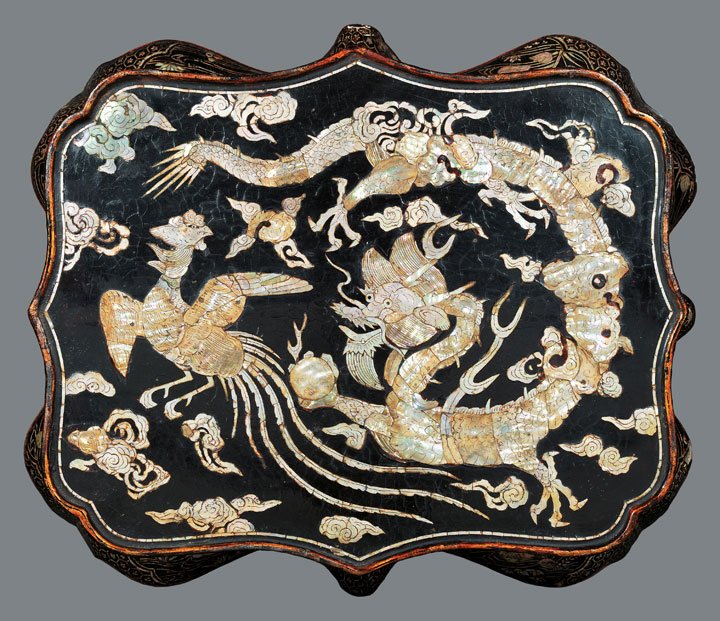 The robust forms of the dragon and phoenix, the plump, convoluted images of scudding clouds, along with the bold, spirited inlay technique point to the Ryūkyū Islands as the place of manufacture, as do the specific features of the stand’s structural design and style. Some of these tell-tale characteristics are shared with mother-of-pearl inlaid lacquer stands believed to be of Ryūkyūan manufacture of the 17th-18th century (figs. 1-2). An eye-catching detail, the spiky end of the dragon’s tail, appears to have been an anatomical feature of the dragons inhabiting skies above those islands, which extend from Kyūshū to Taiwan, illustrated by a design on a later Ryūkyūan lacquer dish in which the mother-of-pearl exhibits more intense and varied colors (figs. 3-4).[1]

The form of the stand here overlaps with Chinese products and, in fact, a single piece might have multiple attributions. During the later 14th century the production of lacquer in the Ryukyu islands (also known as Okinawa since annexation by the Japanese in 1872) was boosted by influence of lacquer wares from China, then in the early stages of the Ming dynasty (1368-1644) and recently established as a new and powerful ally. Chinese influence would remain a strong undercurrent while Japanese traditions and local Ryūkyūan tastes would also inform lacquer production. The intricacy and precision of some areas of the design here in contrast to those exhibiting a more off-hand approach, as well as the tweaking of motifs to create a new look, sometimes inadvertently, at other times not, is the result of these cultural and technical mixes. To produced lacquer ware was an ambitious and demanding undertaking. The results made the efforts worthwhile and, therefore, for centuries in China and then in Japan, Korea, and the Ryūkyūan Islands when the technique was introduced and adopted, lacquer became a magnificent obsession, one that we are able to appreciate through such creations as the present dragon-and-phoenix decorated stand.

1. For summaries of Ryūkyūan lacquer techniques, see Craft Treasures of Okinawa, Tokyo, 1978, pp. 253-260, and James Watt, ‘Lacquer of the Ryukyu Islands,’ in East Asian Lacquer: The Florence and Herbert Irving Collection, Metropolitan Museum of Art, New York, 1991, pp. 329-337. Mention should also be made of a pioneering work in English on the history of Ryūkyūan lacquer, that is, Sir Harry M. Garner’s, Ryukyu Lacquer, Monograph Series 1, Percival David Foundation of Chinese Art, London, 1972. 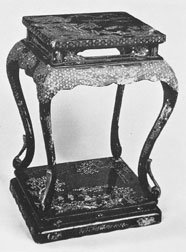 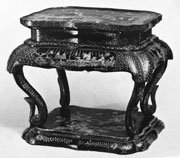 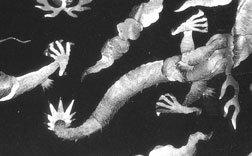