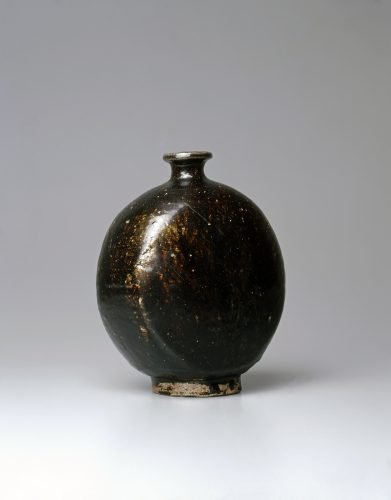 The heavily potted, coarse grey stoneware bottle is roughly circular in profile, the back and front compressed to produce a flattened disk-like form surmounted by a short cylindrical neck with rounded mouth rim and supported on a wide conforming ring foot surrounding a deeply recessed base. The chocolate-brown glaze, lighter where thin and black where especially thick, covers the vessel down to the foot where random glaze drips are visible. The base and inside of the neck are glazed while the interior is free of glaze. Particles of unmelted quartz and numerous widely spaced large pores render the surface somewhat irregular while at the same time allowing a subtle sheen to show forth.

The present bottle and close counterparts are characterized by a dark, somber beauty, a quiet presence, and a strong but genial character. They are the opposite of fussiness and seem quite unselfconscious reflecting the essential nature of the Korean potter, who worked intuitively and spontaneously. The ceramics are the descendants of black-glazed stonewares produced during the Koryo period, whose potters had relied on Chinese technical expertise and also made use of Chinese vessel shapes as models for their own wares. Yet the Korean products lacked the regularity and high gloss of the Chinese glazes and there was also a notable relaxation in forms. Such then was an individual and idiosyncratic aesthetic, also evident in the highly acclaimed celadons produced contemporaneously. This inclination accelerated during the subsequent Joseon period when the rustic, raw, imperfect dark-glazed stonewares continued to draw the admiration and support not only of homeland patrons but especially that of their Japanese neighbors. Flasks comparable to the present have been treasured in Japan and those in collections in Europe and the USA today likely had previously been in old Japanese collections (figs. 1-4). 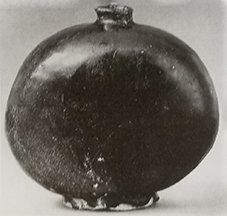 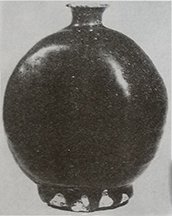 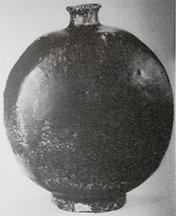 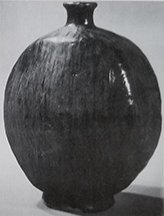