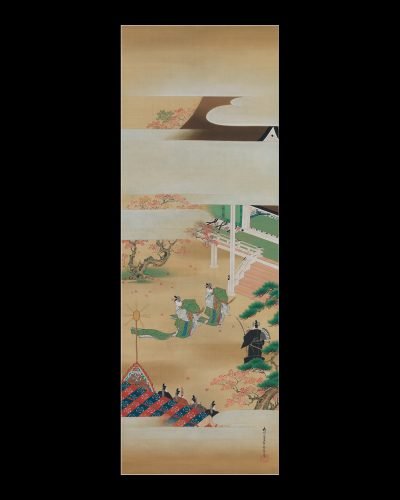 “Illustrations to the Tale of Genji:
‘Beneath the Autumn Leaves’ &
‘Under the Cherry Blossoms’”

The ultimate in privilege is on full view in pages and illustrations of the classic 12th-century Japanese literary masterwork, the Genji Monogatari, or “Tales of Genji,” by the noblewoman Murasaki Shikibu. In the right-hand scroll of the present illustrations, two figures with armed attendant are bowing while standing to the left of a large structure beneath maple trees in full autumn colors; four musicians view the scene from the left in front of canopies topped by a flag. This scene portrays Genji and his best friend dancing the gagaku “Blue Sea Wave” at the Suzaku Palace. The left scroll illustrates a female on a verandah watched by a male figure to the left, with pine in the front of the scene and willow in the moon-lit courtyard beyond. This illustrates Lady Oborozukiyo encountering Genji after the party to honor the cherry trees at the Shishinden palace. In both scrolls the colorful vignettes are punctuated by opaque cloud-bands that structure the composition into decorative bands, removing the scenes from the physical world and suggesting visually the realm of myth, mystery, and romance.

The artist, Kano Yasunobu, called Seisen’in, was the son and pupil of Kano Esen’in, the father of Kano Masanobu. In 1819 Seisen’in was granted title of hōgen, and in 1828, when his father died, he became goyo eshi and leader of the Kabikicho branch of the Kano school, doing much work at Edo Castle. In 1834 he was granted title of hōin, at which time he began to use the name of Seisen’in, indicating that the present paintings were created between 1834 when he received the title and 1846 when he died.

Seisen’in was author of an important diary, the Kaishinsai Nenki, which provides essential material for the study of the Kano school. He was also passionate about collecting copies of previous works for study purposes; copies of 150 handscrolls and 500 other masterworks are housed in the Tokyo National Museum today. He was especially concerned to copy classical emaki handscrolls, copying those in the Shogunate collection, those owned by Matsudaira Sadanobu, and those from the Sumiyoshi school of painting, motivated at least in part by his desire to prevent devaluation of Kano designs that had come into general circulation. 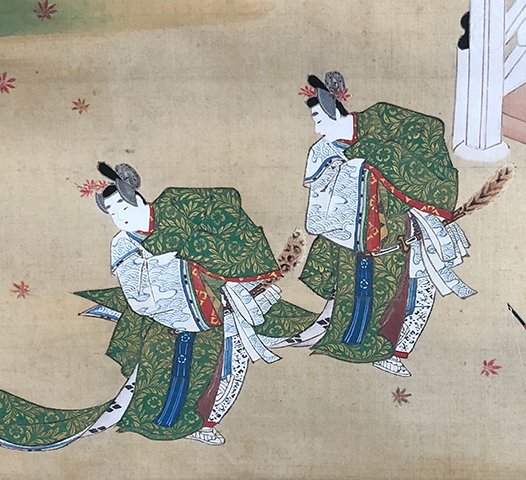 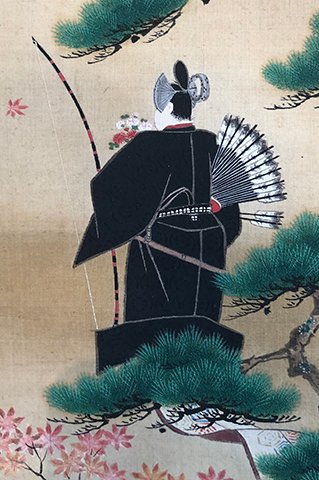 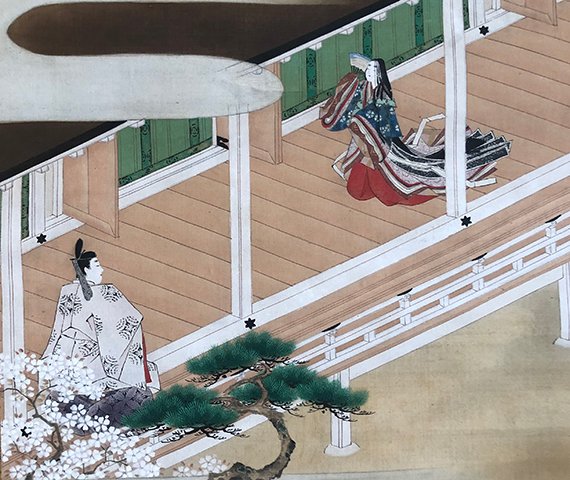 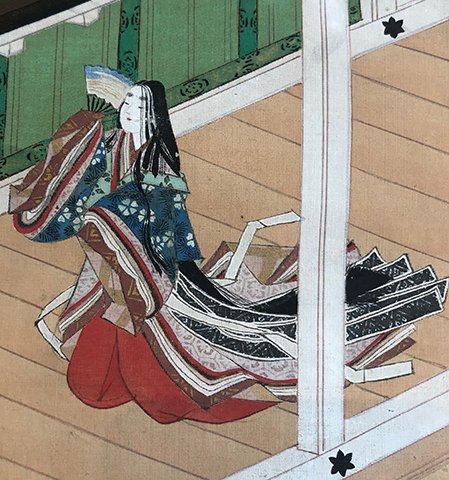