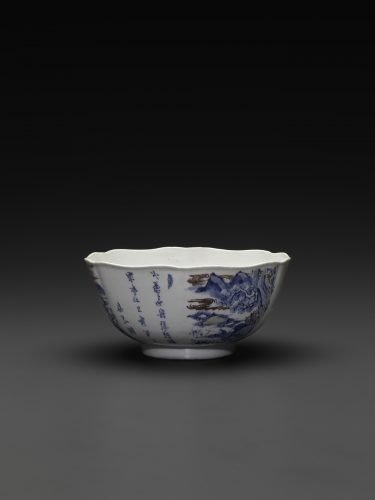 Multiple steps were involved to produce this porcelain bowl—forming the foliate shape, painting in cobalt and copper, producing individualized painterly landscape scenes, selecting the poetic passages, producing the calligraphy, and, in addition to the usual clear, colorless, transparent glaze, a celadon glaze added to the complex mix—not surprising for the inventive and irrepressible Kangxi craftsmen. When literary components are introduced to ceramic décor, standard script styles were commonly used (fig. 1) but here, as in other contemporaneous products, more cursive styles are effectively employed by what appear to be very practiced and accomplished hands (figs. 2-4). Two of the inscriptions on the present bowl are translatable, one from a Ming-dynasty poet’s work:

“Where does a yellow warbler break the dark mist? With a cry, it flies through the Su causeway at dawn.”

The second is from the work of a Song-period poet:

“In the shadows of myriad woods lies a grass cottage; clouds open up in four directions, distant mountains are blue.”
Most charming is how the words of the poetic lines here correspond with the subjects of the paintings, so closely it appears that the paintings were inspired by the poems. Each couplet is signed by a different name; all the seals are similar to each other while the recessed base has an emblem in the form of a beribboned lozenge within a circle, all in underglaze blue.

A number of pieces relevant here that suggest a date early in the Kangxi era for the present piece are inscribed with cyclical dates corresponding to A.D. 1671, 1672, and 1673, that were made, according to inscriptions on each, for a palace hall in the Imperial Forbidden City, the Zhonghetang. The rendition of landscape elements includes parallel-line texturing in some and outline with liquid wash on others, and with or without poetic inscriptions as part of the decoration (figs. 5-7). The scenes are open, airy, and spacious, and thus relate to the scene in the center interior of the present bowl. The compositions on the exterior of our dish here might well have been determined in part by the fields being decorated. In order to be most effective, elements of a natural landscape are not omitted for lack of room but, rather, they are compressed. The copper red is used judiciously in all of these, primarily for clouds and foliage.

In the present case, the ceramic is not so much for the scholar as it is a result of an educated individual’s involvement in its production on some significant level. The combination of calligraphy, poetry, landscape painting, and seals in porcelain decoration might be attributed to the great popularity of literati painting during the 17th century A.D. It is also believed that the scholar-artists themselves likely had a hand, literally, in the production of such wares.

Interior and detail of interior. 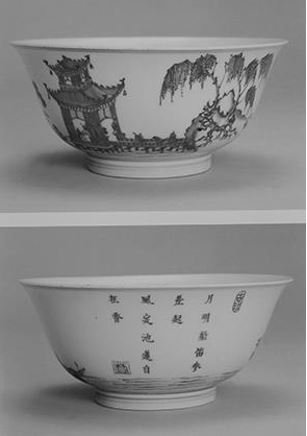 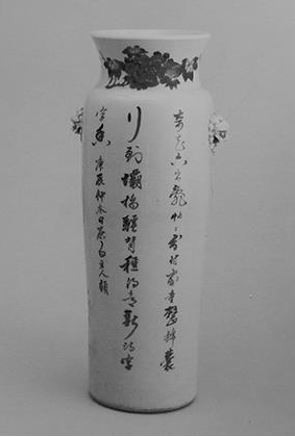 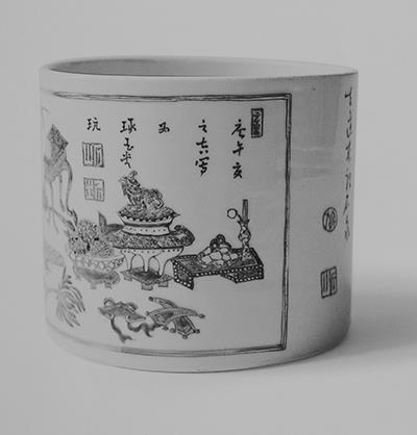 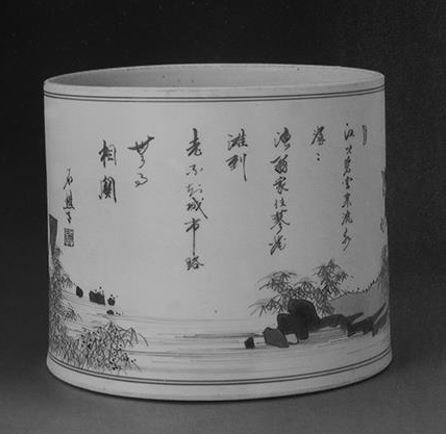 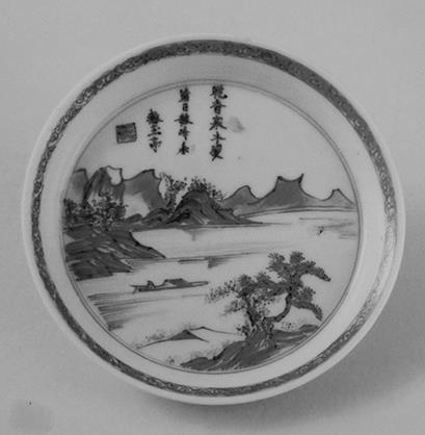 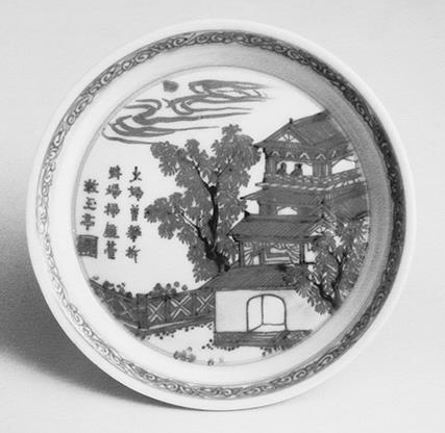 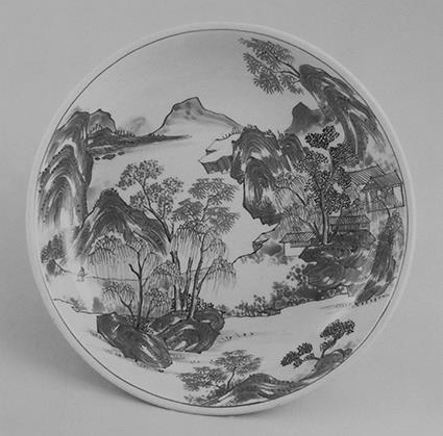