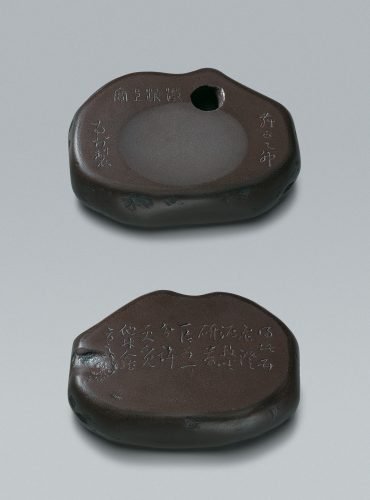 Jakuchu was the eldest son born into a family of greengrocers. Although from an early age his interest lay in painting, he oversaw the family business for seventeen years, until the age of forty, when his younger brother took over, leaving Jakuchu free to pursue his interests in Buddhism and painting. Although he had studied painting with Kano school masters while in his twenties, Jakuchu quickly became impatient with the stiff, formalistic Kano tradition and soon created his own independent style influenced by Zen ink paintings and Chinese landscapes. His often unusual subject matter and innovative technique earned him a reputation as one of the leading eccentrics of Edo-period painting.