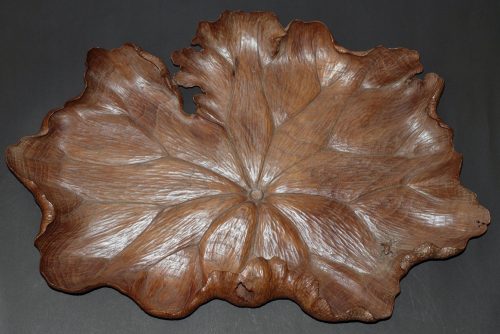 The tray is carved as a large lotus leaf from caramel-brown colored wood, the upper side with incised veins radiating from the center and the irregular edges of the leaf furled and curled up, folding over completely in some areas. Insect nibbles are visible and a tiny frog with legs splayed crouches to one side. The surface undulates naturalistically while the wood grain and carved texturing also add to a sense of naturalism. On the reverse the realistic treatment of the leaf continues with its thick stem extending in a graceful curve from the center. The signature, Oshin tō, “chiseled by Oshin,” is deeply carved on the underside.

Oshin’s creation’s in wood for use by Sencha participants were known for their naturalistic flare along with hidden treasures within the wood, such as the tiny frog here. Although the wooden box describes the piece as an incense tray, such trays were also used for fruit and even for the display of flowers, leaves, or some other harvest from nature. The artist was considered a master of the craft in Kyoto where he worked until falling on hard times due to the disruption and ravages of war. 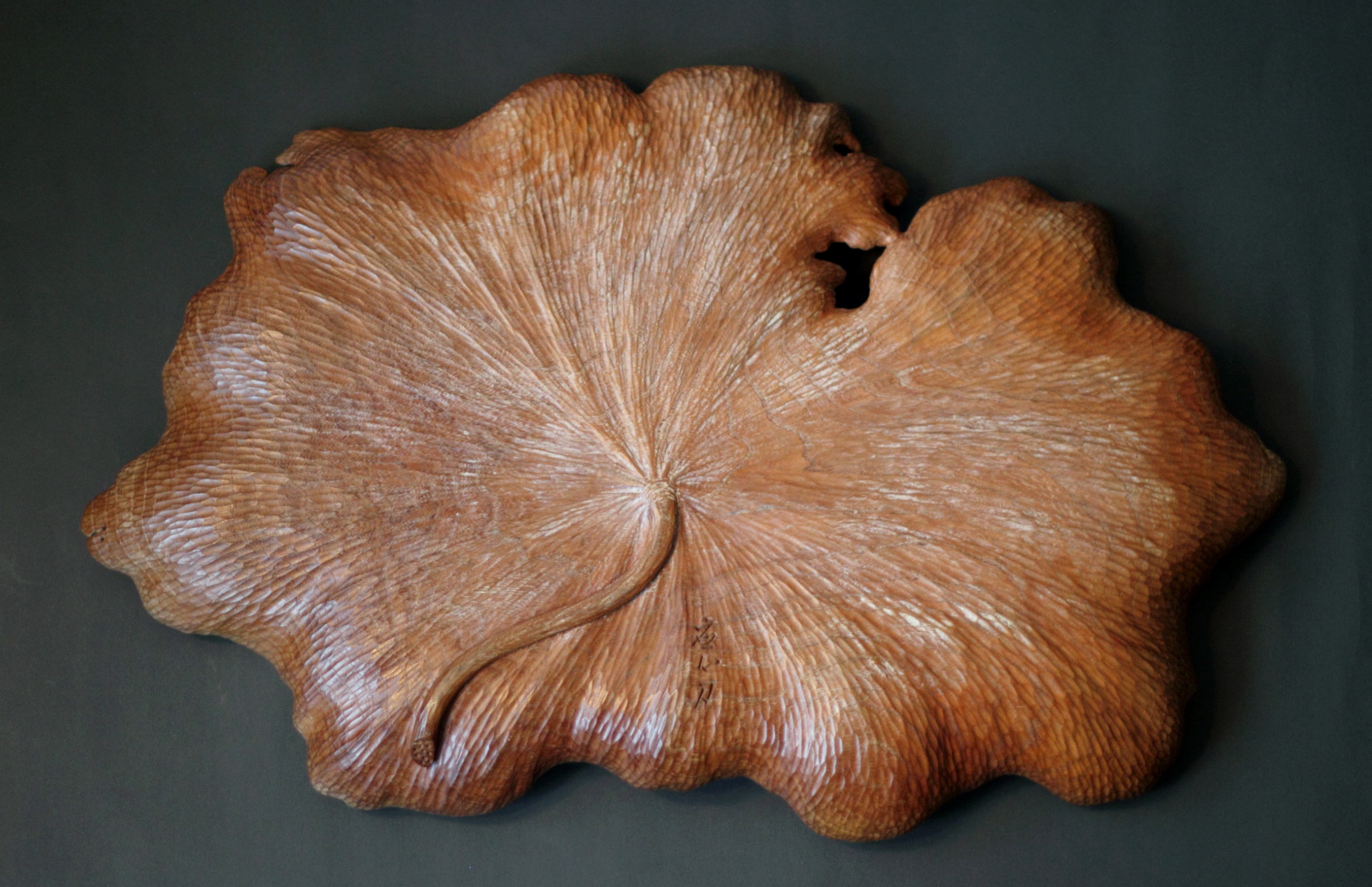