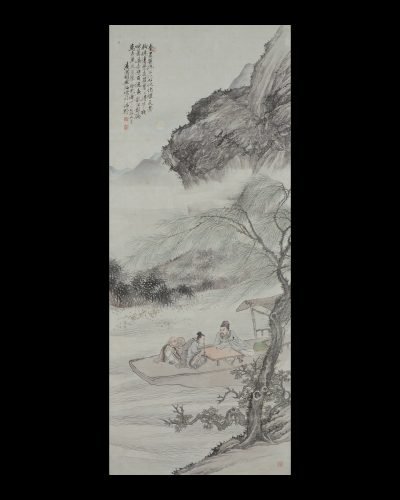 Inscription:
“When the kui star (of literature) fell to earth
it didn’t become a stone,

But took a form like Pan (Gu) in heaven,
with mature thoughts and feelings;

Elegant leisure prohibited stern majesty
which thus could not be donned,

In mid night with playing flute,
they passed by the Red Cliff.

One-hundred million fish and dragons
dared not to listen,

During the ninth lunar month of the twelfth year of the Guangxu reign-era, painted at Fukuno (in
Japan) by Hu Tiemei from the Kingdom of the Qing.”