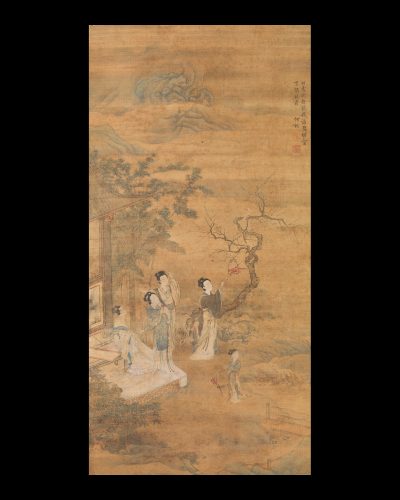 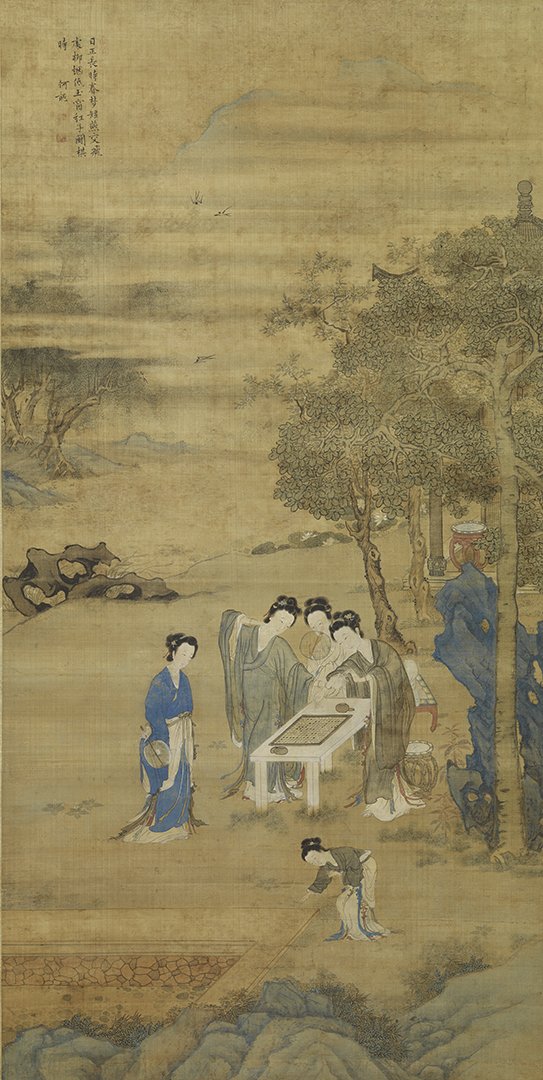 “Where is she leisurely teaching parrots to speak?
beneath a blue-curtained window, before an embroidered bed. [1]He Long.”
Seals: (？) Xuan zhi you xuan (“Deep deeper yet,” from Laozi)

Left scroll:
燕交飛處柳煙低
玉窗紅子闘棋時
何龍 「玄之又玄」「何龍」
“Where swallows fly together, willow mists are low,
chess pieces at the jade window fight on the board. [2]He Long.”
Seals: Xuanzhi you xuan; He Long

He Long was born in Chuanzhou, Fujian province. All of his known extant paintings, and these are few in number, including the present two, were in Japanese collections, which circumstance may be related to the fact that his hometown was a major port with close commercial relations with Japan. It might be noted that Suzuki Kei illustrates a painting of a female and child in a garden setting done by He Long and Zeng Jing [Tseng Ching] (1564-1647) in Comprehensive Illustrated Catalogue of Chinese Painting, vol. 4 (Japanese Collections: Temples and Individuals) Tokyo, 1983, JP64-035, p. 477. JP64 is the Matazaemon Nakano collection, a large collection of Chinese and Japanese paintings, likely collected in large part, it has been suggested to us, by Matazaemon IV who died in 1895.

Notes:
1. This is the second half of the poem “The Neighbor Lady” composed by Bo Juyi.
The entire poem reads:
娉婷十五勝天仙
白日姮娥旱地蓮
何処閒教鸚鵡語
碧紗窗下繍床前
“A beauty at age fifteen, surpassing any heavenly angel,
(rare as the Moon Goddess) Heng’e in daylight or lotuses on dry land;
Where is she leisurely teaching parrots to speak?
beneath a blue-curtained window, before an embroidered bed.”

2. This is the last couplet of the ci poem composed by Zhao Lingzhi of the Song dynasty. The entire poem reads:
水満池塘花満枝
乱香深里語黄鸝
東風軽軟弄簾幃
日正長時春夢短
燕交飛處柳煙低
玉窗紅子闘棋時
“Water fills the pond and flowers complete the branches,
In the depth of varied fragrances sings the yellow nightingale;
The East wind, lightly and softly, toys with the blinds and curtains,
Just as the day is long spring dreams are short;
Where swallows fly together, willow mists are low,
chess pieces at the jade window fight on the board.”

3. Siren lists these paintings with reference to their publication in Toyo Bijutsu Taikan, vol. X, but adds the erroneous information that one inscription is dated to 1638.

4. Viscount Okitomo Akimoto (1857-1917) is listed as the then-current owner of these paintings in Toyo Bijutsu Taikan. He was a diplomat, entrepreneur and politician who worked in the Japanese Embassy in Paris and owned an excellent collection of paintings and artifacts. 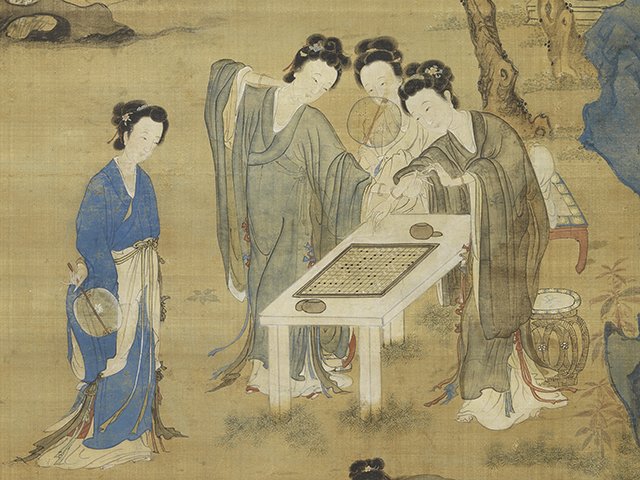 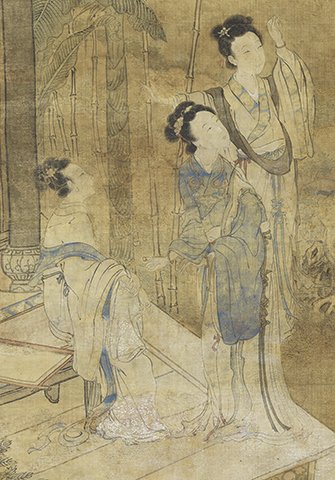 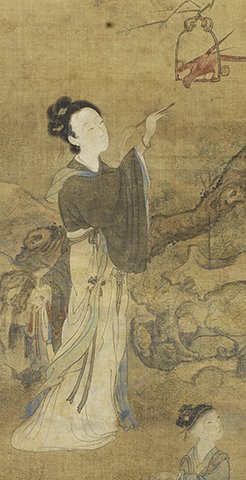