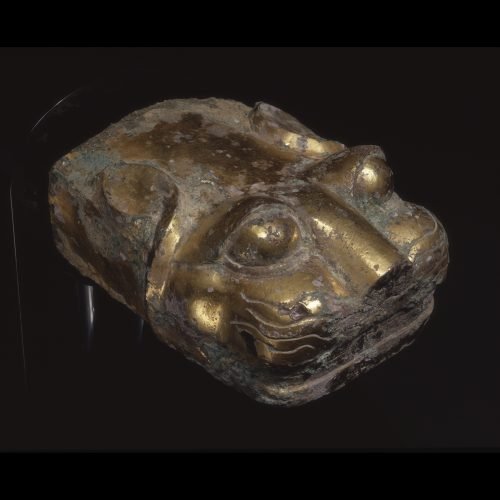 This unusual finial is cast in the form of a stylized tiger head. Generously gilded overall, the basically rectangular fitting is hollow so as to allow it to be fitted over the end of a wooden shaft or support. The large lidded eyes project like orbs from the boldly sculpted head, divided by a long cylindrical nose in front of the petal-shaped ears flattened back on the feline head. The whiskered jowls are pulled back to reveal a teeth-clenched grin.

Stylistically, the finial is a perfect expression of Western Han period sculpture, distinguished for its boldness, clear-cut powerful form, and a perfect marriage of the natural and the abstract. Its function and dating are supported by archaeological finds including a fitting in the Shandong Provincial Museum, excavated in Zouxian in Shandong province (fig. 1), another excavated from a Western Han tomb in Jinan, Shandong province (fig. 2), and a pair of fittings from a late Zhou tomb illustrating how such finials would have been used on a musical stand (fig. 3).

The migration of the tiger through time in Chinese thought and art, since the Neolithic period when it seems to have already achieved symbolic status and artistic attention, was persistent and fruitful. The tiger was a beast that held great fascination for the Chinese throughout history and was a most efficacious image appearing frequently over time in many and diverse contexts. An indigenous animal in China, the tiger was one of the four cardinal animals, the powerful and courageous directional overseer of the West; it was one of the twelve animals of the Chinese zodiac, symbolizing courage, and it is present in Confucian lore where its associations and actions made it a suitable guardian at entrances to buildings, cities, and tombs and as a reference to filial piety. It was furthermore important in the Buddhist world where tigers were tamed by the disciples of the Buddha and pictured with them as their feline companions. They were ever present in the arts of the Shang and Zhou periods, and by the Han dynasty, when the present fitting was created, the tiger had also made its appearance in literature as a fearsome denizen of the tropical wildernesses of the south where its presence and power was an everyday reality. 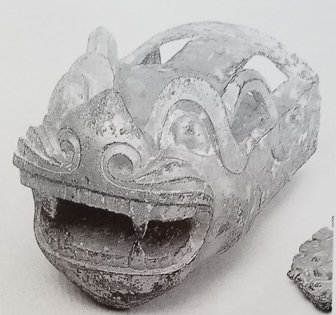 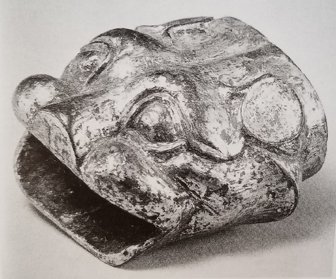 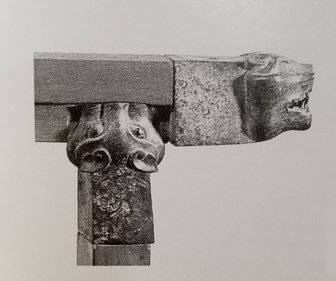