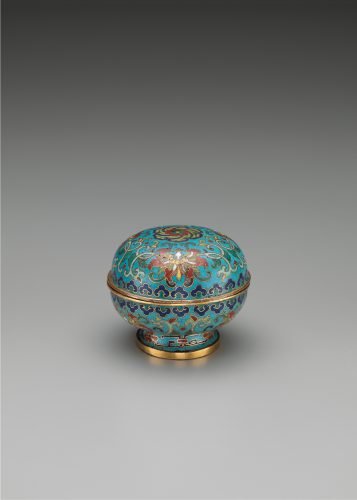 The box is a compressed circular form with a dome-shaped lid and a high flared foot. On the basis of comparable marked pieces, including a variety of shapes that might have originally been parts of sets, it appears that the present box, like the boxes illustrated here, is a product of the Qianlong period (1736-1795) (figs. 1-3). The color and character of the enamels (including two shades of green and a distinctive pink hue), an abstraction and geometricization of the floral motifs that appear more emblematic than naturalistic, the density of the florid design, the appearance of cobalt-blue ruyi-head borders are some of the important characteristics of 18th century Chinese cloisonné enamelware. 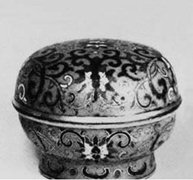 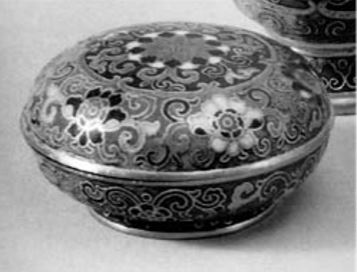 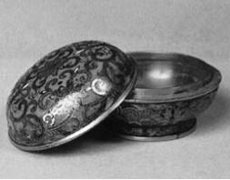