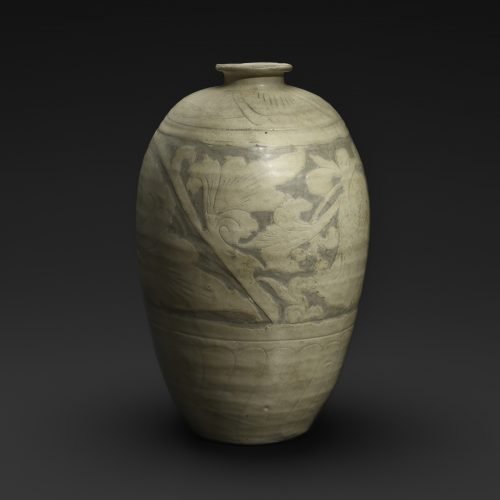 The large heavily potted vase is of egg-shape carved with an immense blossom that occupies almost the entire body zone on one side of the vessel, the sweeping scroll to which it is attached issuing smaller and larger trefoil leaves and on the opposite side a single giant leaf. Overlapping wavy petals rise from the countersunk base while a collar of oversized petals circles the short flat-rimmed neck. The decoration was carved and scraped through a thick cream-colored slip that was applied over the entire vessel aside from the foot rim where the coarse grey stoneware body is visible. The motifs stand out in creamy white against the grey background muted and softened by the milky-white glaze.

While Cizhou slip-decorated wares began in emulation of white Ding ware by coating the darker clays with white slip, illustrated here by a white-slipped meiping (fig. 1), the potters and decorators were quick to originate new decorative techniques and schemes that made their wares winners in their own special ways, as exemplified in the present vessel. Never short of inventiveness and boldness of spirit, the decorator here produced a most unusual design—the giant flower and leaf ballooning in size to form a perfect match for the full-bodied vessel, an approach notable on other vessels and the one likely production site, the prolific Guantai kiln (figs. 2-4). These larger-than-life motifs were also produced in a manner that was unusual. The slip was removed with great restraint, allowing only a limited amount of the under color, or ceramic body, to show through, thus creating a vessel which, returning to the original white Ding ware inspiration, appears white in color. 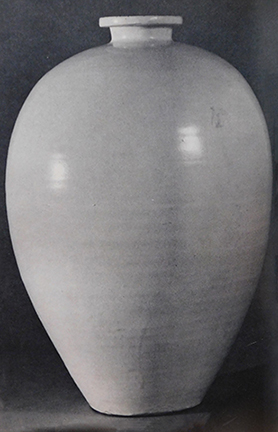 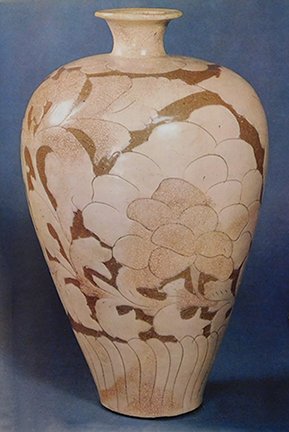 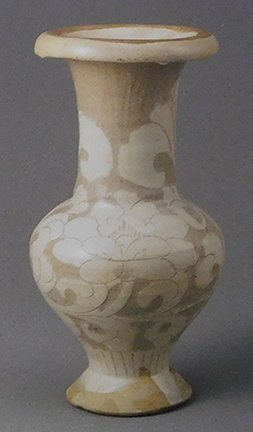