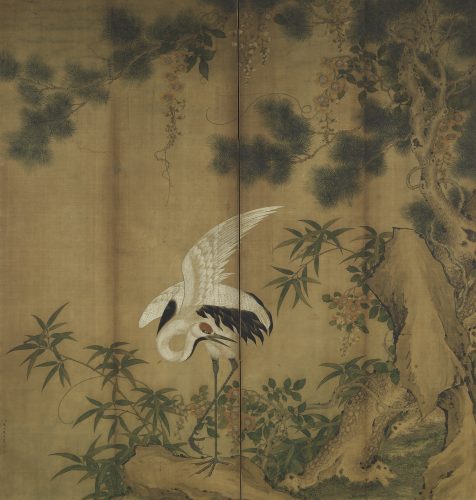 A large crane balances on one foot, his head turned back to create an intriguing series of angles. To the right appear a tall garden rock, flowers, and an overhanging pine tree. All of these have potent auspicious connotations, with the crane, pine, and rock being very well-known symbols for longevity. The drawing of these forms is accurate and meticulous, identifying the artist as one well-trained in his craft.

The same can be said about Chen Zhaofeng’s other surviving painting, a hanging scroll in the Palace Museum collection in Taipei (fig. 1). Both of these paintings are signed the same, indicating his status as a court artist, probably active around the middle of the 19th century. 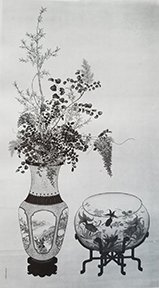