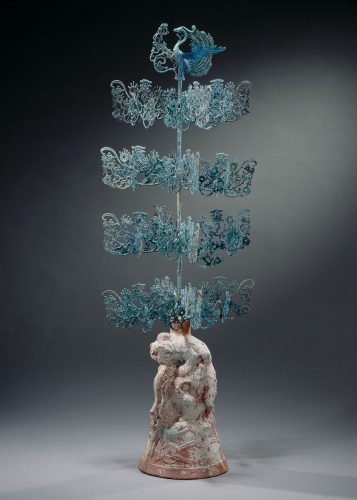 The ceramic base, of reddish earthenware with pale green iridescent glaze, is modelled in the form of two crouching beasts mounted one on top of the other with a receptacle at the top supporting a tall bronze cylindrical trunk. Large, flat, openwork plaques with figural ornament cast in shallow relief form the major “branches” of the tree. Each is equipped with a hook on one end, which passes through a bronze loop on the trunk. Groups of four large branches hang equidistantly around the tree at each of four levels. Smaller branches with openwork and relief modelling are suspended at right angles directly from the larger branches. The large openwork plaques depict a queenly figure enthroned at the top ruling over a swirling world of figures including musicians playing qin, kneeling hunters and mounted archers, horses and other animals, their world studded with gigantic coins that appear to be shooting off bronze rays of light. A phoenix is mounted at the top. The outstretched wings are each separate units with tenons that fit into apertures on the sides of the bird’s body. The bronze is thickly encrusted with green and blue patina.

Money Trees provided promise of eternal happiness and wealth in the afterlife through the power of Xiwangmu, Queen Mother of the West, who presided over the Realm of the Immortals at Kunlun. Here she resides within each of the major branches (fig. 1). She sits regally in full frontal posture on her tiger-dragon throne, surrounded by her adoring court, as she is often represented in various arts of the Han including bronze mirrors and ceramic tomb tiles as in one illustrated here (fig. 2), or in the mirror catalogue 44.

Below the goddess, a potpourri of figures tread on the metal ledges, slopes and outcroppings of the branches: equestrians on their mounts, archers crouched with bows and arrows aimed at their prey, hunters, musicians, and dancers. The figures occupy areas of space created by the meandering bronze bones or skeleton of each branch, just as figures on Han ceramic hill jars or on tomb tiles occupy the “space-cells” formed by overlapping hillocks (fig. 3). The composition is also reminiscent of the fantastic creatures perched on swirling lines in Han lacquer painting, creating a sense of space by virtue of their presence (fig.4). Each branch is completed by constellations of large coins, similar to actual Han dynasty coins in design and must have shone as brightly as stars or suns when such trees were first produced, in preparation for burial where they would ensure both wealth and a paradisiacal afterlife in the presence of the Queen Mother.

The large branches of this tree are very similar to a number of successfully restored Money Trees, the one illustrated here notable for its towering height (fig. 5).[1] While Money Trees have been found in a number of provinces, excavations in Sichuan province have shown that area to have been the major center of production. It was furthermore the heartland of the cult of Xiwangmu during the Han period and also the provenance of the tomb tiles illustrated above.[2] The marriage of the goddess—who promises eternal life and good fortune—with a physical and material manifestation of that promise in the form of replicas of hard currency seems fitting enough in itself but is also supported by historical logic. During the 1st century A.D., the local government in Sichuan—a province in the southwest already experiencing great economic prosperity at the time—was given the right by imperial authority to mint coins that were then circulated throughout the land. It is not hard to imagine how this activity contributed to the development of what was clearly one of the most desirable of funerary items during the late Han in Sichuan.

Another source for the origins of the Money Tree can be found in Xiwangmu’s own garden wherein grows a very special peach tree that bears the fruit of immortality. Among the finds from the Marquis Yi of Zeng’s spectacular 5th century B.C. tomb discovered in Suizhou, Hebei province, was a painted lacquer chest with representations of heraldic trees, stiff and symmetrical, flanked at the top by birds or beasts (fig. 6). These trees are depictions of the Fusang Tree from which the Archer Yi shot down nine contender suns. The spiky orbs hanging from the Fusang Tree and the representations of coins on the Sichuan money trees are strikingly similar. More interestingly, the Zeng lacquer painting brings to mind a Han-dynasty textile from Noin-ula, in Mongolia, which was published and discussed many years ago by William Willets (fig. 7).[3] Willets connected this image with the Tree of Life which he noted was believed to grow in a paradise inaccessible to ordinary mortals, bearing fruit capable of prolonging life. He goes on to describe the Tree of Life as part of the stock of world myth, reaching from Mohenjo-daro to Assyria to Europe and spanning an immense length of time. Representations of that tree are stiff and heraldic and the trees are flanked by two birds or beasts, as they are in the lacquer painting. One might then consider elements in the arts of Sichuan province that suggest influence from the West—the Indian-style que towers, the explicit sexuality sometimes present in the sculpture of that province that also has an Indian flavor, or very early images of the Buddha that appear on the trunks of some Money Trees and Money Tree bases in the Eastern Han period (see cat. 46). The concepts and designs resulting in the creation of Han dynasty Money Trees were inspired by multiple sources, each contributing something to their designs and to their efficacy in the afterlife.

1. A Money Tree consisting of five tiers of richly ornate branches is presently in the Guanghan County Cultural Institute in Sichuan. This was unearthed in Guanghan City in 1983, and was part of the exhibition of archaeological finds in Sichuan Province (Han Dynasty Pictorial Tomb Reliefs and Archaeological Objects from Sichuan Province, the People’s Republic of China) illustrated as pl. 58 and discussed in the catalogue, Stories from China’s Past, San Francisco, 1987, pp. 160-161. Another impressive example is in the Sichuan Provincial Museum (Ch–goku no Hakubutsukan, series 2, vol. 4, Tokyo, 1988, pl. 185). Not all of the original branches have survived and the pottery base is a modern replica. A variant on the southwestern type, excavated in Shaanxi was published inKaogu yu wenwu, 1983, no. 4, pl. I: 4. Two money trees in a state of great disrepair were excavated from the Eastern Han tomb, no 2, at Mianyang in Sichuan, Wenwu, 1991:3, pl. IV: 1-5. Numerous other fragmentary finds have also been recorded. Several museums in the United States have acquired Money Trees including the Asian Art Museum of San Francisco (for an illustration see http:// blog.asianart.org/pdf/education/rebrand/ TheMoneyTree.pdf), the Minneapolis Institute of Arts (Robert D. Jacobsen,Appreciating China: Gifts from Ruth and Bruce Dayton, Minneapolis, 2002, no. 15, p. 37) and the Princeton University Art Museum (Cary Y. Liu, Michael Nylan, and Anthony Barbieri-Low, Recarving China’s Past: Art, Archaeology, and Architecture of the “Wu Family Shrines,” New Haven and London, 2005, no. 59, p. 456-462). And, for an in depth study of the subject see Susan N. Erickson, “Money Trees of the Eastern Han Dynasty,” Bulletin of the Museum of Far Eastern Antiquities, Stockholm, no. 66, 1994.

2. For discussions of Xiwangmu and the quest for immortality see Wu Hung, “Myths and Legends in Han Funerary Art,” pp. 72-81, and “Themes of Immortality,” pp. 159-177, in Stories from China’s Past, ibid., and Suzanne E. Cahill, Transcendence and Divine Passion: The Queen Mother of the West in Medieval China, Stanford, 1993. 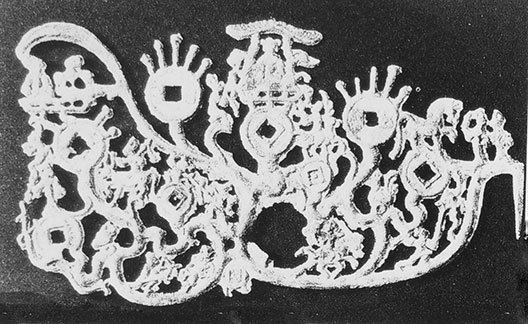 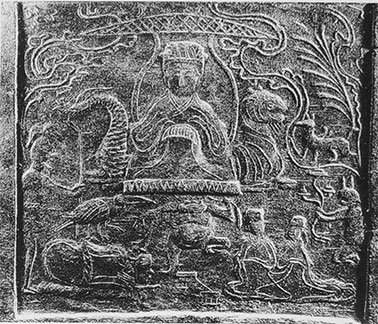 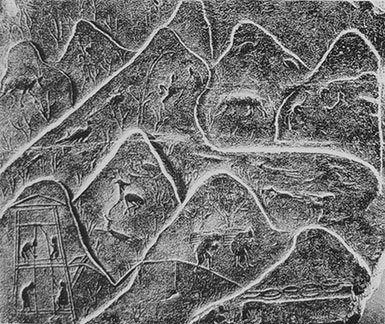 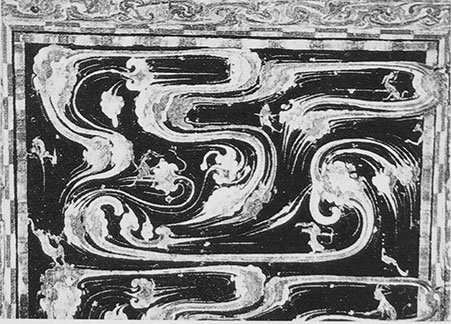 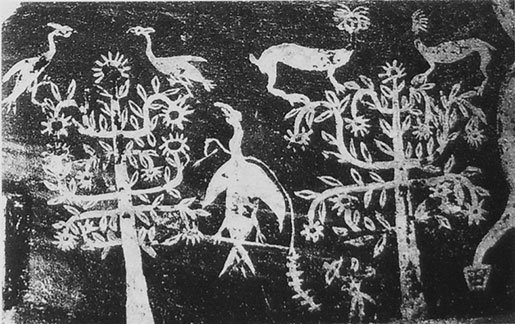 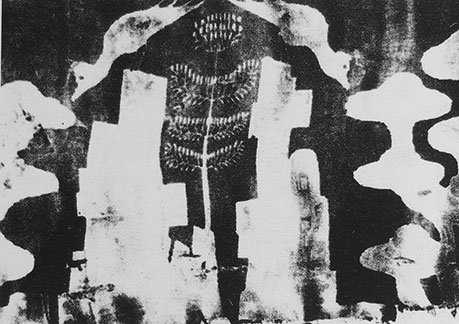