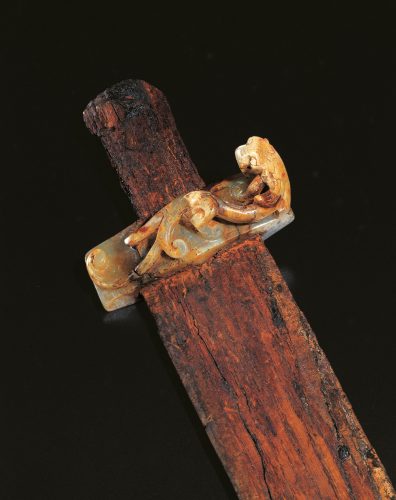 This beautifully carved jade guard is still attached to a deteriorated remnant of its once handsome and sturdy iron blade. The guard is of lozenge shape in cross-section with a full bodied sinuous zhilong dragon in high relief on top. Deeply carved and sharply undercut, the mythical beast slithers in an “S” shaped curve and turns sharply back as though startled. One hind leg stretches back while the other curls beneath its flank, the feet completed with delicately incised claws. The curled tail is bifurcated and softly striated. The dragon’s head is flattened and smooth with incised bulging eyes, ridged nose, ragged ears, and a long horn extending down the back. The sharp edges of the open mouth are still visible above a goatee tuft of fur. The reverse of the guard is finely engraved with a dissolved taotie mask conforming to the outline of the fitting. The curved horns are incised and slightly indented with a faint beveled edge. The jade is, overall, the color of yellowish-green celadon. On the mask side the stone has altered to a rust color down the center, discolored by the reddish rust of the metal. The faint imprint of a textile that was likely wrapped around the implement is visible on the blade. On the zhilong side of the guard the stone is a translucent greyish green with cloudy cream-colored areas on the beast’s tail, flank and head, and white calcification in the area of the head. The jade is cracked in places from oxide encrustation and expansion of the metal. The metal of the blade is now deep grey and rust in color with some further traces of textile contact along the edges.

Although only the rudiments of the iron blade remain, the jade endures. The ancients were correct to assume that jade would preserve life after death, as it does provide a window to antiquity like no other material. This sword guard combines two aspects associated with Han art— naturalism, as in the depiction of the body of the dragon, and abstraction, as in the execution of the taotie on the reverse. An important consideration in the understanding and appreciation of jade animals is the organic quality achieved in their creation. The jade carvers at this time had the ability to capture the appearance of a startled lizard-like creature with great immediacy, as though a moment in the ancient past had been stopped. Not one small muscle is out of place, and not a false step occurred in the carving. The taotie mask incised on the reverse appeals to a different aesthetic. A few fine lines are engraved in static symmetry but a rich symbolism was likely embodied in the image even if its absolute significance continues to elude historians.

There are comparable sword guards in various museum collections around the world including the Palace Museum in Beijing (fig. 1). A jade guard still attached to an iron sword is in the Sackler Gallery in Washington D.C. (fig. 2). The writer of the catalog entry on the Sackler blade commented, “the Han dynasty jade fittings that embellished iron swords and their sheaths are among the finest made in ancient China.”1 Related jade guards attached to their iron weapons were also discovered in the tomb a king of Nanyue, who died in 122 B.C. during the early Western Han dynasty (figs. 3-5).

According to Thomas Lawton, iron was used to produce luxury objects as early as the Warring States period and “It is characteristic of the ingenuity of artisans of the period that they would combine iron, which earlier had been used principally to cast utilitarian farming implements, with precious materials, including gold, silver, and jade.”[2] Dr. Lawton also refers to examples excavated in pristine condition: “The contrast between the iron and gold and jade inlay indicates the sumptuous visual effect that prompted the use of iron for luxury objects…” and further that “…. the contrast between the two metals is extremely pleasing and by studying these hooks one can better understand the appeal iron had for Chinese artisans who enjoyed experimenting with new and unusual materials.”[3]

According to Xu Shaohua: “The number and quality of iron objects discovered in the Chu-dominated region has led scholars to suggest that China’s earliest center for smelted iron may have been a Chu operation.”[4] Summarizing the arguments of Wang Zhongshu, iron was known already during the Shang dynasty and mining operations were well underway by the beginning of the Warring States period; the use of iron then spread beyond the Chu domain with iron foundries being established throughout the land by the Han period producing everything from arms and armor, tools for farming, cookware, the pins and needles for household use to rare decorative accouterments for personal use.[5] The Kingdom of Nanyue was a recipient of a technology that its craftsmen turned into an intriguing art by marrying metal with jade, and with such artistic success that it was fit for burial with kings. 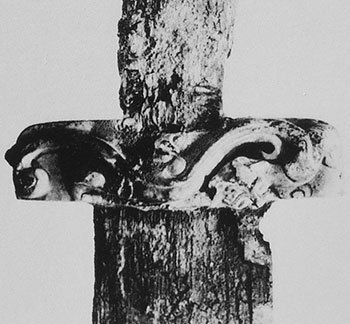 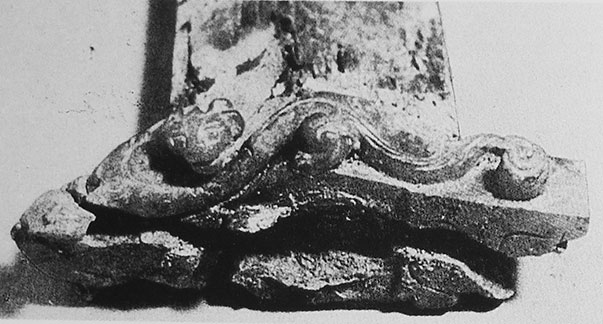 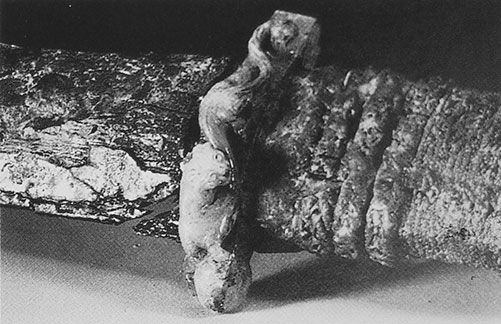 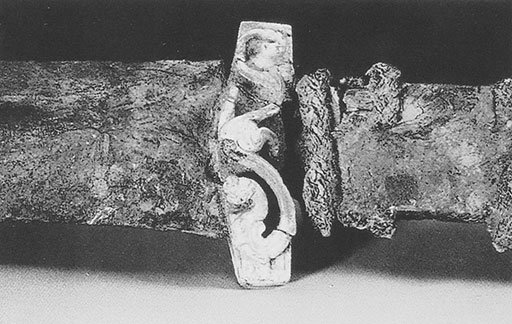