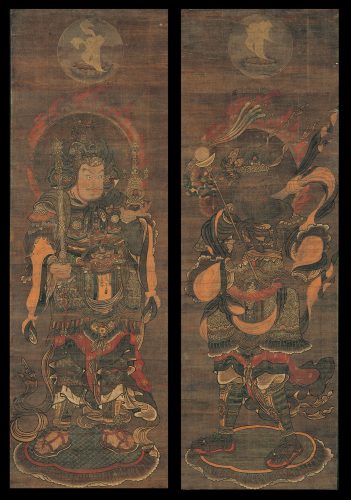 (For further information see Kazuko Kameda-Madar: ‘A Set of Four Guardian Hanging Scrolls and the Transformation of the Twelve Devas Pictorial Tradition in Medieval Japan’ in the present Kaikodo Journal XXVIII, Spring 2012, pp. 21-27)

The four guardians have been identified by Dr. Kazuko Kameda-Madar, in an essay included elsewhere in this volume, as Bishamon-ten, Fu- ten, Enma-ten, and Taishaku-ten, guardians of the north and deva of wealth, guardian of the northwest and deva of the wind, guardian of the south and of the underworld and the deva of hell, and guardian of the east and Lord of the devas, respectively. Through stylistic comparisons with other sets, Dr. Kameda-Madar concludes that these paintings were part of a series of twelve images used by the Shingon sect in service of esoteric Buddhism. Close comparisons with a set in the Koryu-ji in Kyoto allowed Dr. Kameda-Madar to date these to the 14th century, done during a period when there was iconographic change in response to increasing interest in appealing to a greater range of believers. 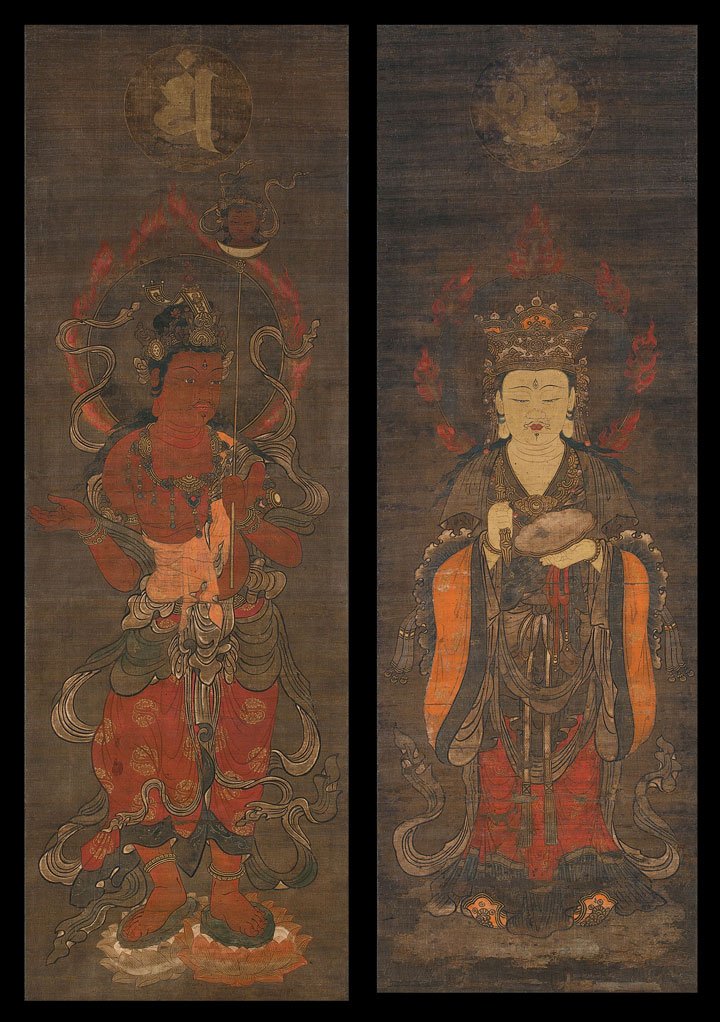