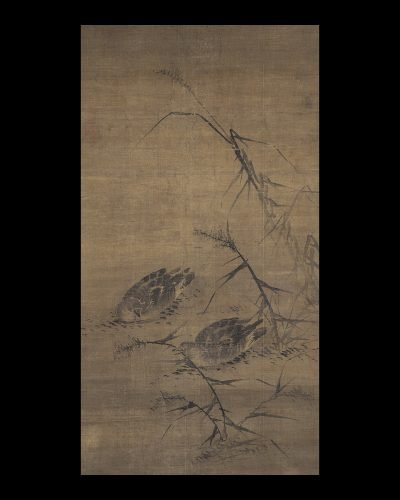 Swiftly-drawn reeds and dottings of grass define a foreground bank on which the two ducks rest. Subtle variations in ink tonality create a sense of atmosphere as well as define a sense of spatial recession from fore to background, where one images a mist-covered river. This stage-like composition as well as the organization of forms along a diagonal axis harks back to late Sung (960-1279) paintings, an approach that was continued throughout the Yuan dynasty (1279-1368) and into the Ming (1368-1644) era.

A somewhat similar approach can be found in the works of Lin Liang (ca.1440-ca.1505) (fig. 1), suggesting an approximate date for the present painting. 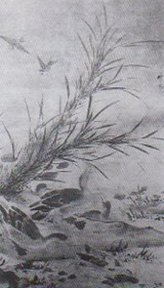