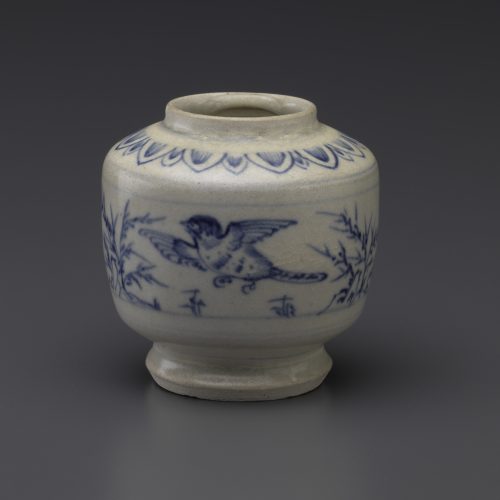 The small underglaze-blue Vietnamese jar would have been considered a bit of exotica if acquired by a Chinese or Japanese scholar. The underglaze-cobalt painting technique practiced in Vietnam or Annam had been learned from the Chinese by the 15th century but the pigment was applied to a local stoneware clay and covered with a bubble-suffused glaze that resulted in ceramics of great warmth and softness of effect in comparison to the porcelains of China. The style of painting is also done with a bit of spontaneity, ease and economy. Among commonly seen motifs on these wares is the delightful bird called called chich choe.