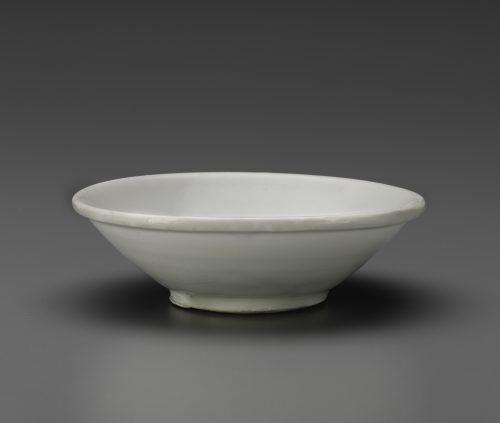 The bowl is characterized by its compact, fine-grained, pure white body, its gentle rise from a characteristic wide, flat “bi disc-shaped” foot to the thick rolled mouth rim and the flawless luminous glaze that covers the piece overall aside from the foot and very slightly recessed base. Slight wear is evident on the interior of the bowl, abrasions possibly due to the whisking of tea.

During the 6th century a momentous development in Chinese ceramic history occurred with the production of a fine, high-fired white ware. The major centers of production during the Tang dynasty (A.D. 618-907) were Gongxian in Henan province and two areas in southern Hebei province, Xingzhou and Dingzhou. The similarity between Xing and Ding ware during the Tang period frustrates absolute attributions. Xing ware, however, commandeered the minds of poets and tea specialists and “Xing” or “Xing-type” became the preferred nomenclature for high-quality Tang white ware.

A number of characteristics present on this bowl, however, suggest it might actually be an example of Tang Ding ware. These include tool marks present on the foot indicating that excess glaze was scraped away with a tool rather than wiped with a cloth as commonly done at the Xing kilns and what appears to be a fingernail mark suggesting how the bowl was held for glazing, typical in the production of Dingware.[1] Tang white ware has been excavated from tombs, ports, and religious sites in China, retrieved from shipwrecks and excavated from sites abroad important in China’s international trade. The widespread popularity of the ware worldwide does not diminish its status among the tea elite in China who included the ware among their paraphernalia for this pastime.

1. For a comparison between Xing ware and Ding ware of the Tang dynasty, see Fan Dongqing, “Early Ding Wares in the Shanghai Museum,” Orientations, February 1991, p. 48-53. 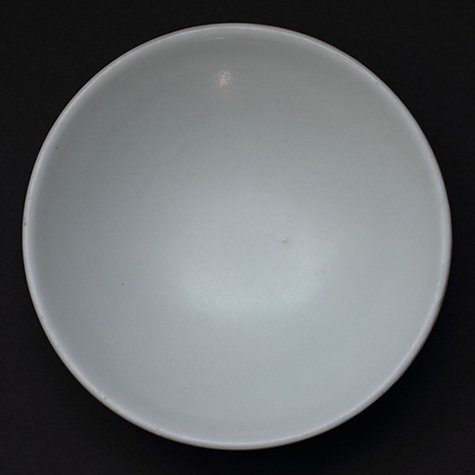 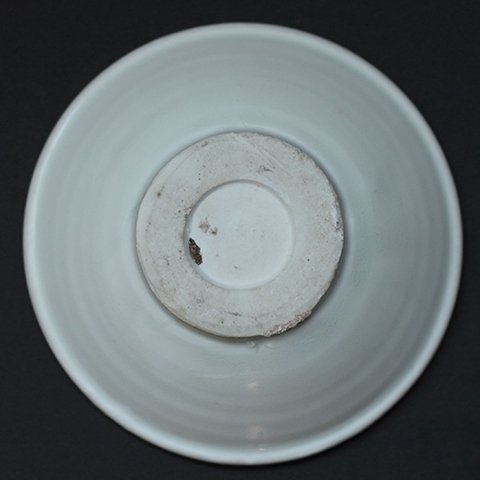