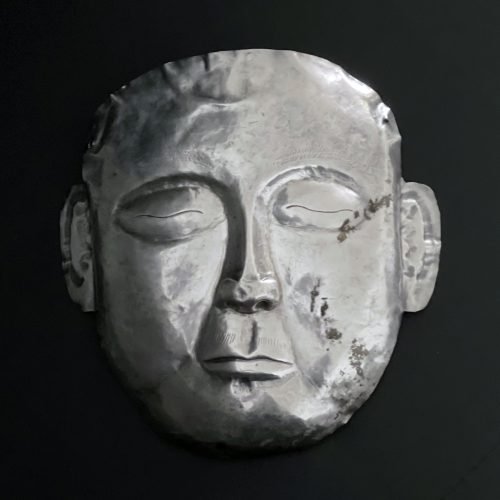 Sheet silver was cut into a roughly rounded shape and hammered from the back producing broad cheeks and forehead, a rounded chin, a wide nose, large closed eyes and a small but full mouth. A sinuous line incised over each eye indicates the closed lid, the eyebrows and mustache are also indicated by short incised or hammered lines. The ears were modelled three-dimensionally and in greater detail. A small hole pierced on each side of the forehead allowed for attachment to a crown or headdress, which would have contributed to the elaborate accoutrement of a grand Liao burial.

Due to their function as portraits, masks were individualized, comparable in fact to the death masks of Western cultures. In this region of the world, however, the creations were outgrowths of nomadic traditions that had evolved in the borderlands of northern China. Portraits of Liao rulers were, in fact, ordered to be produced in silver, as noted in the History of the Liao (the Liaoshi). 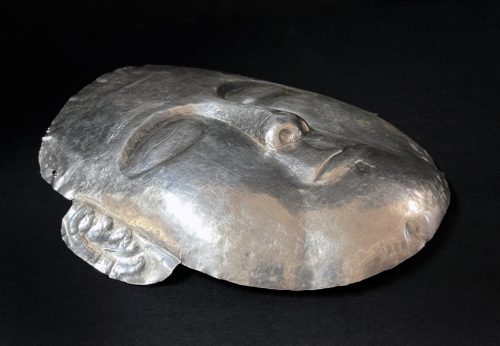